Facebook published their 27-page guide to content moderation earlier this week, in an effort to promote transparency. But the only way to know how Facebook’s growing body of rules is enforced is to look at accounts and posts that have fallen afoul of it.

As Trump campaign manager Brad Parscale has said, if Facebook were truly committed to transparency, they could make this task easier by maintaining a full list of banned posts and accounts. They haven’t followed his advice yet, but with the help of banned Facebook users, we can still piece together a picture of how Facebook’s content policies are enforced.

One such user is Lyndon Perry, a self-described “socially liberal fiscally conservative centrist” who maintained a Facebook page, “I, Hypocrite,” featuring posted images and other content primarily mocking the far-left and mainstream media.

Perry’s page, which accumulated nearly 300,000 followers, was banned by Facebook in December 2017 after its content was targeted multiple times by the social network’s moderators. His page had previously been unpublished by Facebook, and then republished on appeal, on no fewer than five occasions.

Perry provided Breitbart News with a number of examples of the type of content that was flagged by Facebook. These were flagged for “hate speech” and taken down. 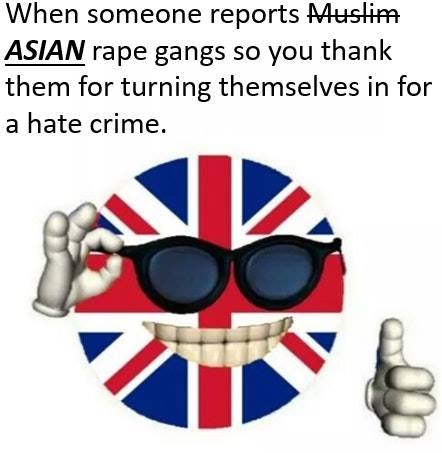 Perry says the following were also flagged for hate speech, even though it was intended to mock the people involved. 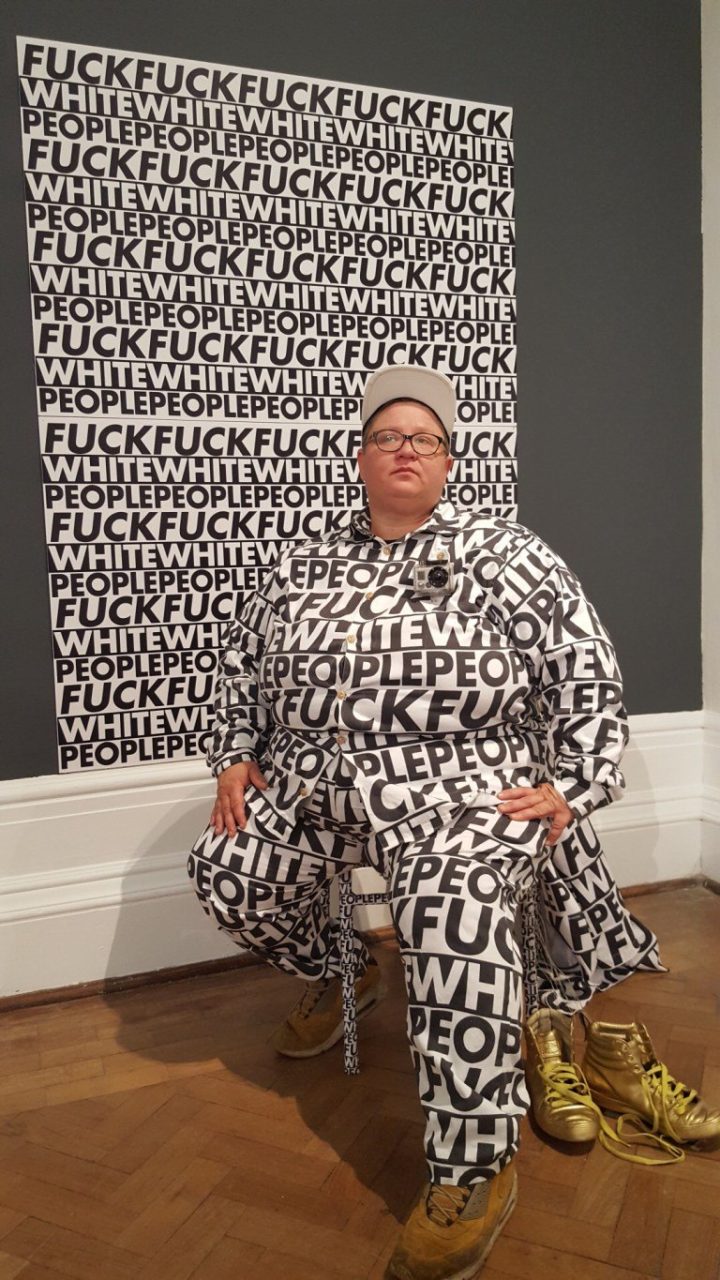 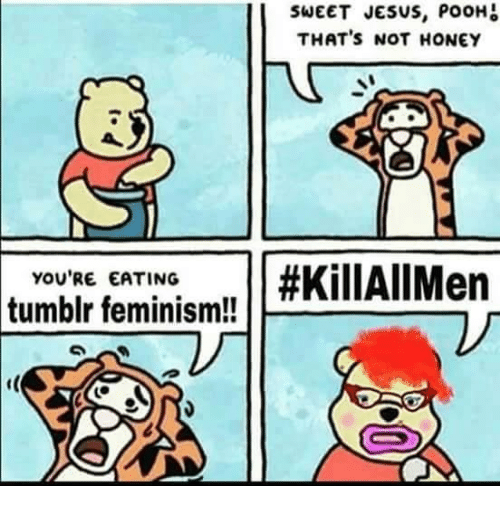 On Perry’s alternate Facebook account, a video featuring riots in a South Africa H&M store after the apparel chain was accused of racism. Perry says he had added no commentary to the video, merely captioning it as “H&M”. 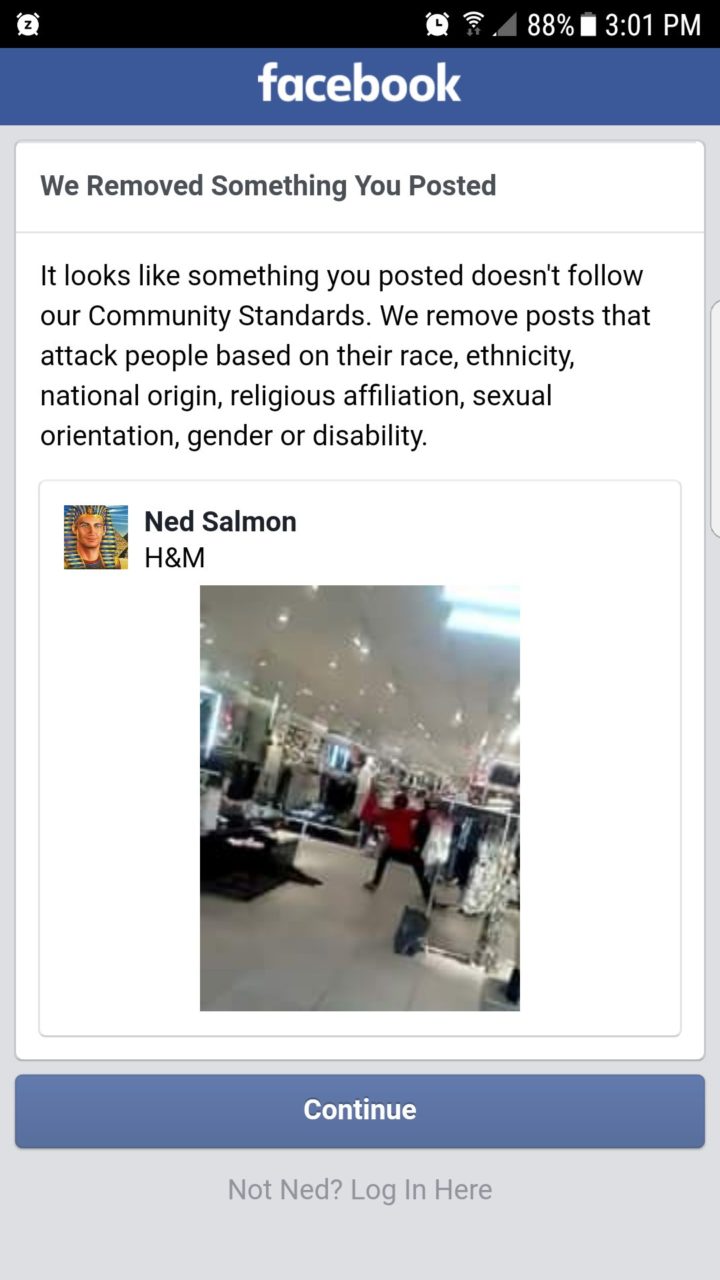 Finally, Perry said the following image mocking double standards by Cosmopolitan magazine was banned for “nudity,” even though posting the articles themselves would not have been a problem. 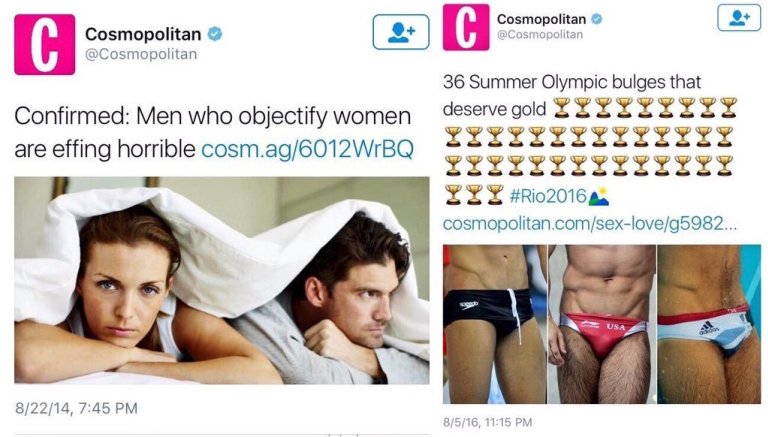 Facebook’s publication of their 27-page content moderation guidelines was an attempt to demonstrate transparency ahead of the congressional hearing on social media censorship this week. But what Facebook say they ban is far less revealing than what they actually ban.

In the cases above, Facebook seems unable to distinguish between hate speech and mockery of hate speech. Articles from Cosmpolitan, that would normally be allowed on Facebook, suddenly trigger content moderation if an image of their headline is posted instead. And in the case of videos, Perry’s page was targeted by Facebook for featuring content that embarrasses the left in one case, and featured an unfolding news story in another.

In Perry’s case, Facebook won’t even admit that they made an “enforcement error”, which is how Mark Zuckerberg repeatedly described the suspension of Diamond & Silk to lawmakers. Instead, a Facebook representative told Breitbart News that Perry’s content had been banned for featuring “nudity” and “slurs”.

They did not point to any specific examples. If the examples above are anything to go by, that kind of transparency would be pretty embarrassing for Facebook.