Twitter censored President Donald Trump’s account yet again yesterday, taking down a meme posted by the president that featured a rallying cry to his supporters, after the New York Times, which reportedly owns the rights to the original image, filed a copyright complaint.

Fair use doctrine permits the use of copyrighted materials for the purposes of, among other things, commentary and parody. However, the widely criticized Digital Millennium Copyright Act (DMCA) allows copyright holders to request that content be taken down even if it falls under fair use, if certain conditions are met.

The now-deleted Trump meme featured an image of the president with the words “In reality they’re not after me, they’re after you. I’m just in the way.”

A New York Times spokesperson confirmed to Axios that it had filed the copyright claim that led to the picture being removed. 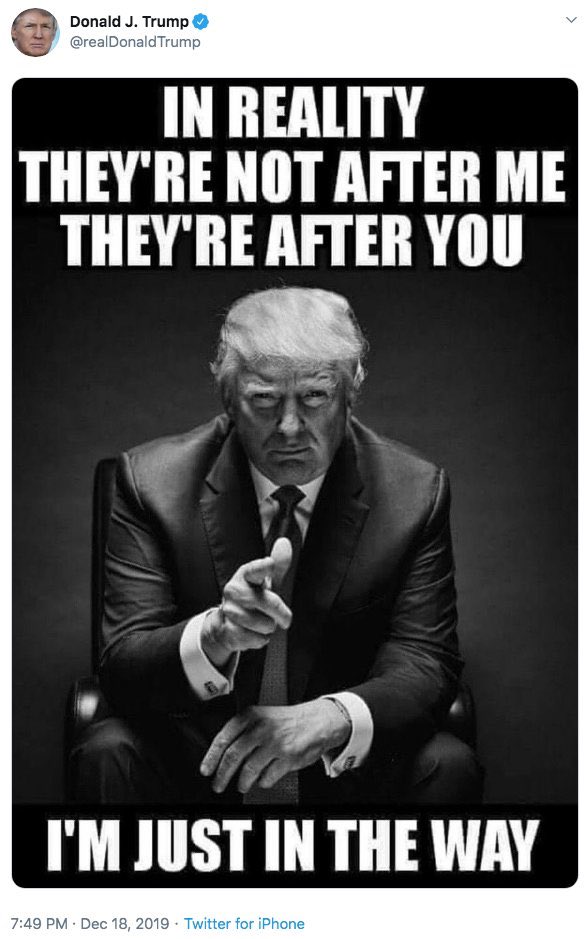 Twitter users attempting the view the president’s tweet are instead met with a message from the platforming informing them that the image has been removed due to a copyright complaint.

This comes amid intensifying censorship by Twitter against the President and his supporters. The platform recently used copyright complaints as an excuse to ban “Carpe Donktum,” the popular pro-Trump meme maker whose parody videos were frequently retweeted by the President, attaining tens of millions of views.

Last month, Twitter blocked a tweet from President Trump warning protesters that any attempts to set up a lawless “autonomous zone” near the White House would be met with force. Twitter said that the President’s pledge to enforce the law constituted “abusive behavior.”

This was the second time in the space of a month that Twitter censored the President’s tweets, as it had three weeks earlier hidden a Trump tweet saying “when the looting starts, the shooting starts” on the grounds that it “glorified violence.”