A recent report from the Boston Globe titled “‘It has to be known what was done to us’: Natick couple harassed by eBay tell their story for the first time,” outlines the story of David and Ina Steiner, who were targeted and stalked by former eBay executives for publishing an online e-commerce newsletter that was critical of the Silicon Valley company. In June of 2020, Breitbart News reported on the situation.

Now, the Steiner’s have spoken out about the campaign of terror they faced. The first incident took place in June of 2019, when the name “Fidomaster” was spray-painted across the couple’s fence. The name refers to an anonymous commenter on their newsletter who was often critical of eBay. A few months later things began to escalate.

From the Steiners’ point of view, not much happened for a few weeks after the graffiti. But on Aug. 8, 2019, they found their inboxes filling up with dozens of e-mail newsletters they hadn’t signed up for, ranging from Heather’s Irritable Bowel Syndrome News and The Satanic Temple to more disturbing fare featuring pornography and bondage. At the same time, a new Twitter account started bombarding Ina Steiner with expletive-laden taunts, she said.

Days later they received a call from a taxidermy and animal parts shop in Arizona requesting further information about the fetal pig they had allegedly ordered. The Steiners had, of course, never ordered the fetal pig. Disconcerted by the series of events they decided to call the Natick police, who sent an officer to their house to take a report.

As the officer was leaving, he noticed a package by the door. When opened it contained a bloody pig mask, the same one worn by the serial killer Jigsaw in the popular “Saw” horror movie series. Again, the Steiners had not ordered this item. 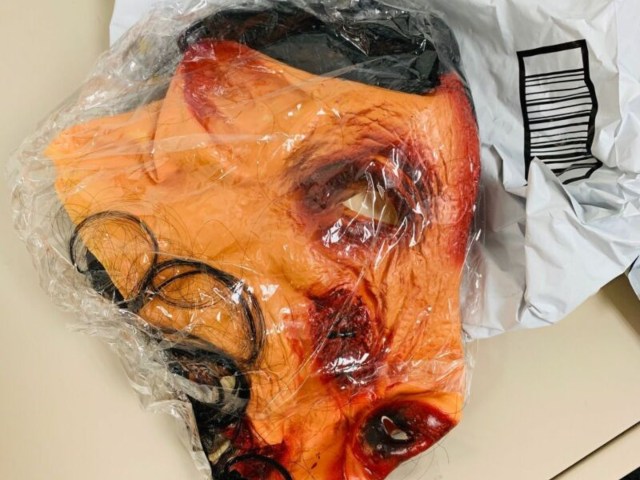 The Twitter abuse continued to escalate and even more bizarre deliveries arrived, the couple said. One day it was a book for David called “Grief Diaries: Surviving Loss of a Spouse.” Ina said she Googled the return address of another package, and when she discovered the sender was called Carolina Biological Supply Co., she feared they might need to call a hazmat team. A call to the company revealed the package was filled with live spiders and fly larvae; they turned it over to the police.

In August, things took an even darker turn as a number of eBay contractors flew to Boston and rented two vehicles. They planned to attach a tracking device to the Steiners’ car but were unable to as the vehicle was parked in the couple’s garage. But soon, the couple began to notice strange vans driving past, ofter with out-of-state license plates.

But the next day the team returned. David Steiner was up on a ladder installing one of several new security cameras he’d purchased, while Ina handed him tools out of a second-floor window. Suddenly, Ina saw a dark-colored Dodge Caravan driving up their street. “Black van, New York plates,” she told David as the vehicle drove past. “We felt in danger, we felt like targets,” Ina said.

After weeks of noticing strange cars driving by, David Steiner had seen enough. He decided to drive to the grocery store knowing that he would likely be followed. Steiner was correct and a silver SUV began to trail him shortly after he began his journey downtown.

David parked near the local police station and waited with his phone camera ready. As the SUV droved past him he photographed the vehicle and its passengers. David brought the photos and SUV license plate to the police who quickly traced it back to an eBay contractor staying at the local Ritz-Carlton Hotel.

Since then, six former eBay employees and contractors were charged by federal prosecutors. eBay apologized to the Steiners and claims to have conducted an internal investigation that ended with the termination of all employees charged by the government, as well as the company’s communication chief Steve Wymer who was not charged by authorities.

eBay’s former CEO Devin Wenig was also found to have made “inappropriate communications” towards the Steiners but it was determined he was not aware of the harassment and stalking. Wenig was allowed to resign from eBay in September 2019 with a generous compensation package worth $57 million, although eBay has said that the Steiner harassment campaign was a “consideration” in his departure. 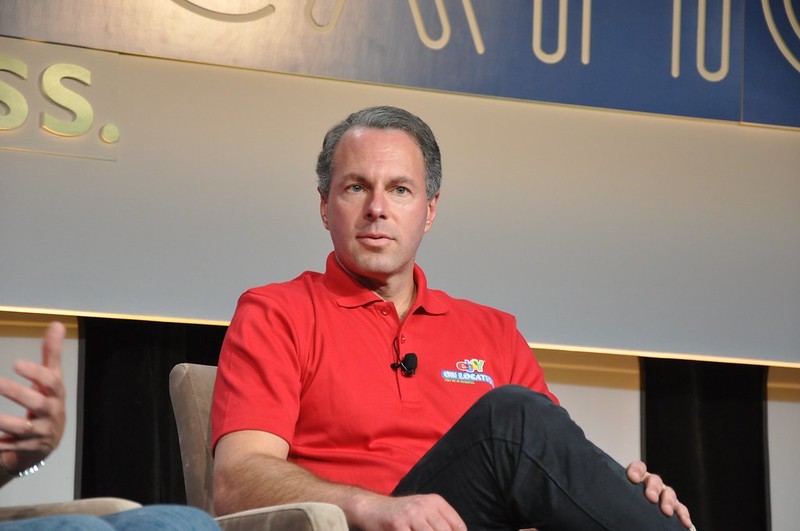 The first official sentencing in the case was made in July when Philip Cooke, the former senior manager of Security Operations for eBay’s Global Security Team, was sentenced to 18 months in prison. Following the sentencing, David Steiner told the Globe: “Sometimes in the past two years, I haven’t been able to recognize myself, but I woke up feeling great today.”

The Steiners have taken a civil suit against eBay in an attempt to gain a better understanding of why they were so heavily targeted and to receive compensation for the stress they endured due to the harassment conducted by eBay’s employees. Ina Steiner commented: “The reason we’re suing is we don’t want it to happen to anybody else. It has to be known what was done to us.”