Tesla CEO Elon Musk unveiled a human-like robot called the Tesla Bot this week. The robot will reportedly be powered by the same AI being utilized by Tesla’s autonomous vehicles. Tesla’s “Autopilot” feature is currently the focus of an NHTSA investigation after a series of crashes involving emergency vehicles.

CNET reports that Tesla CEO Elon Musk revealed a new Tesla-branded item this week — a humanoid robot called the Tesla Bot that will allegedly use the same AI powering Tesla’s autonomous vehicles. Unsurprisingly, a functioning version of the robot was not available during the reveal — instead, a performer dressed like the Tesla Bot in a skintight suit danced about. 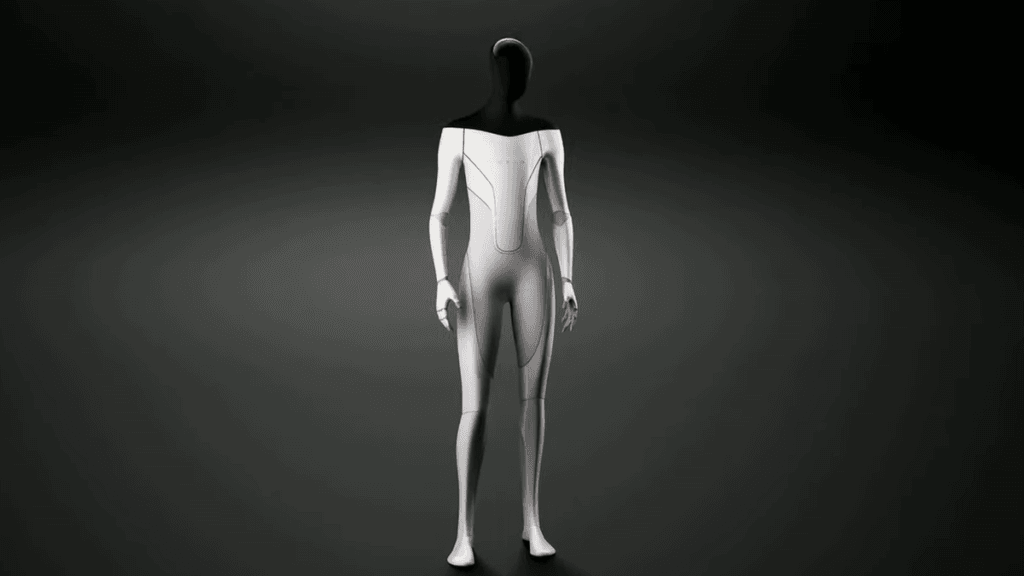 The reveal came at the end of Tesla’s AI Day presentation in which Musk provided few details on the Tesla Bot. The robot will reportedly stand at 5-foot-8 tall and weigh around 125 pounds, constructed from “lightweight materials.” The head of the robot will feature the same autopilot cameras used in Tesla’s vehicles and a screen to display information. It will operate internally via Tesla’s Full Self-Driving (FSD) computer.

Musk joked: “It’s intended to be friendly and navigate through a world built for humans.” Musk showed PowerPoint slides detailing the robot’s specifications; Musk also noted that users could outrun the Tesla bot and “overpower” it. 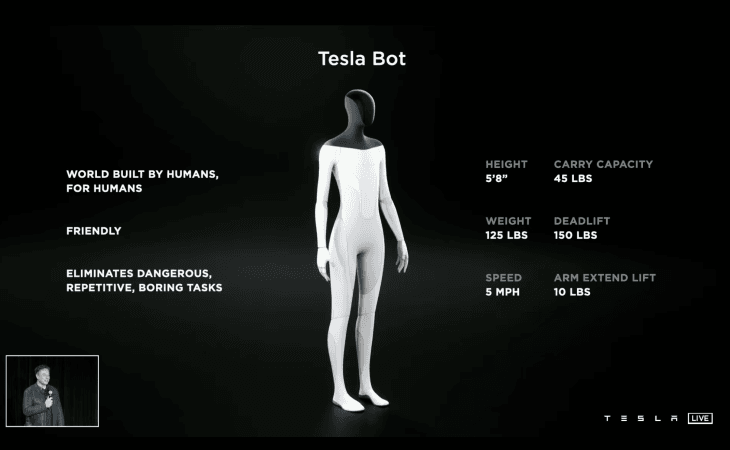 The reveal of the Tesla Bot came after a presentation on some of the upgrades made to Tesla’s artificial intelligence, including the Dojo supercomputer which helps train cars to navigate city streets without human assistance. Musk said: “It makes sense to put that onto humanoid form.”

Musk claimed that the Tesla Bot would eliminate “dangerous, repetitive, boring tasks,” suggesting that the robot could be told to “go to the store and get … the following groceries.” Musk added:  “This, I think, will be quite profound. Essentially, in the future, physical work will be a choice. If you want to do it, you can, but you won’t need to do it.”

The NHTSA is investigating Tesla’s so-called “self-driving” Autopilot system following a number of crashes involving emergency vehicles. The NHTSA stated in a document made public this week that since 2018 it has identified 11 crashes in which a Tesla vehicle struck one or more emergency vehicles while using the electric vehicle’s Autopilot system.