The Wall Street Journal published a single slide from an internal Facebook file purporting to measure “trust” in news publishers on the platform, but the source who passed it to the newspaper included no details about the methodology used to collect the data, which users were surveyed, or who conducted the survey.

The slide shows a graph with news publishers dotted around in four quadrants: “false negatives, “true negatives,” “false positives,” and “true positives,” although there is scant explanation of what each of these categories mean.

“We do not have access to the underlying methodology,” said a Wall Street Journal reporter.

“Wish we did,” the reporter added.

The chart was cited by Facebook leftists as part of a wider internal effort to suppress Breitbart News. In one of the discussions leaked to the WSJ, one Facebook employee expressed concern that using “trust” as an excuse to censor Breitbart News could result in publishers like CNN being censored as well, as CNN’s “trust” score had previously declined.

Via the Wall Street Journal: 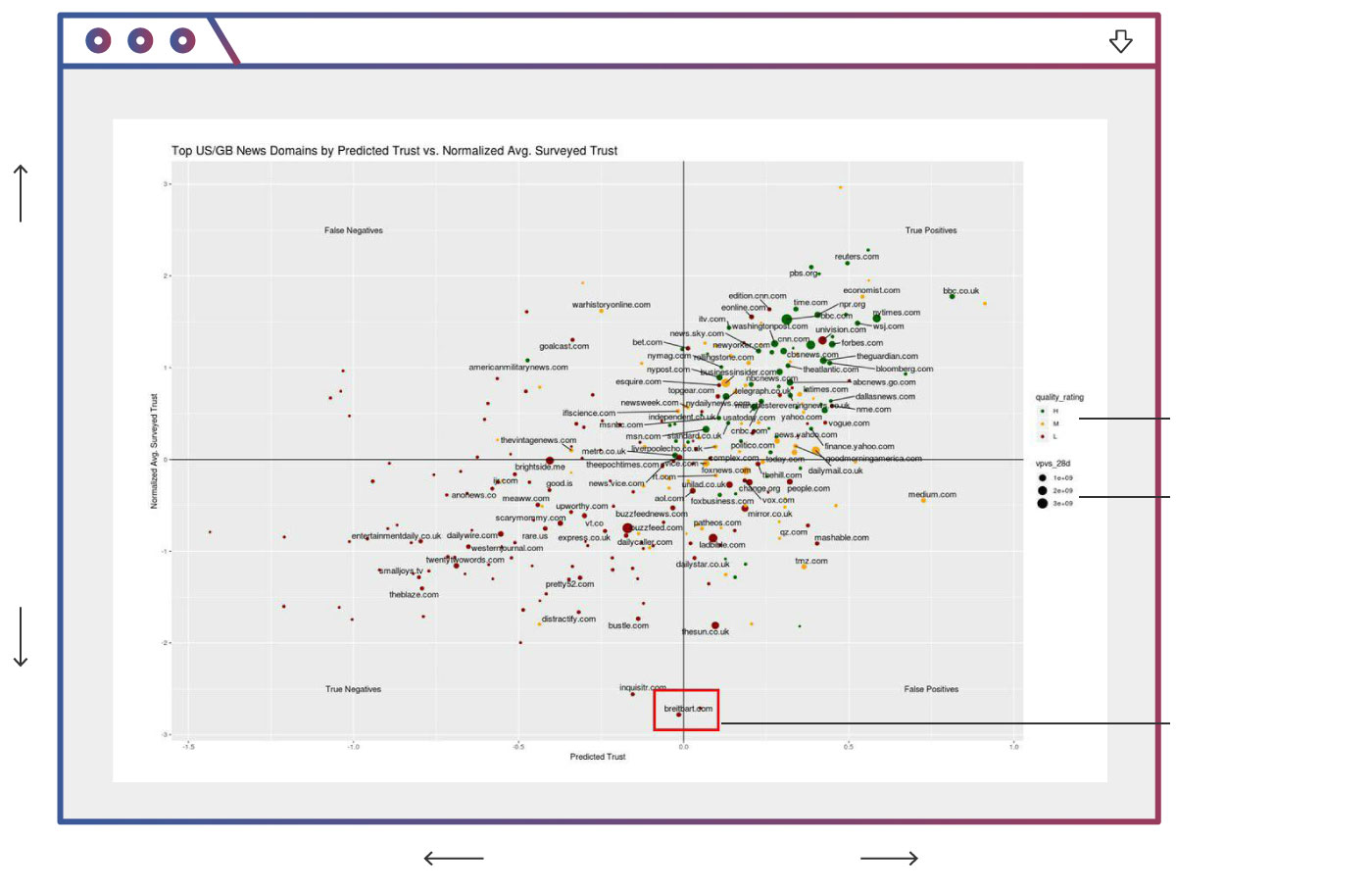 The graph shows Breitbart News with a middling score in “normalized avg. surveyed trust,” comparable to left-wing publishers like BuzzFeed and Vice, and the lowest score in “predicted trust.”

It’s highly unlikely that the graph represents the majority opinion of Facebook users. According to the Facebook-owned analytics company Crowdtangle, Breitbart News is far ahead of its corporate media competitors in generating engagement from Facebook’s users.

The Crowdtangle data showed Breitbart News generating more engagement than the New York Times, the Washington Post, the Los Angeles Times, and HuffPo combined. According to this data, a much larger segment of news consumers on Facebook trust Breitbart News and regularly engage with its content compared to its leading competitors.

The mysterious, Facebook-produced graph paints a different picture. On it, establishment news organizations like CNN, The Atlantic, The Economist, Time, and the BBC enjoy the highest trust ratings among those surveyed. Presumably, this means that the people surveyed are fans of the Atlantic but are not fans of Breitbart News — an unsurprising combination of opinions.

Without the methodology — in particular, the all-important information on who was surveyed, and what their demographics and political leanings were, all readers can do is presume.

Readers are also left guessing as to what “predicted trust” is, how the prediction is made, and how it differs from “normalized avg. surveyed trust.” Which one is more important?

Breitbart News reached out to Facebook for more information on the “trust” survey and the methodology behind it, but received no response.