The verdict of the highly publicized Johnny Depp vs. Amber Heard trial, in which a Virginia court ruled that Depp was the more aggrieved party, sent leftist journalists into a tailspin on Twitter, with some reaching back into the distant history of millennial criticism of feminism for answers.

Depp brought defamation charges against Heard over a 2018 Washington Post op-ed in which the actress accused her former husband, without naming him, of various misdeeds including domestic abuse. As revealed in the trial, the op-ed, which was published at the height of the ‘#MeToo’ movement, was ghostwritten by the ACLU. 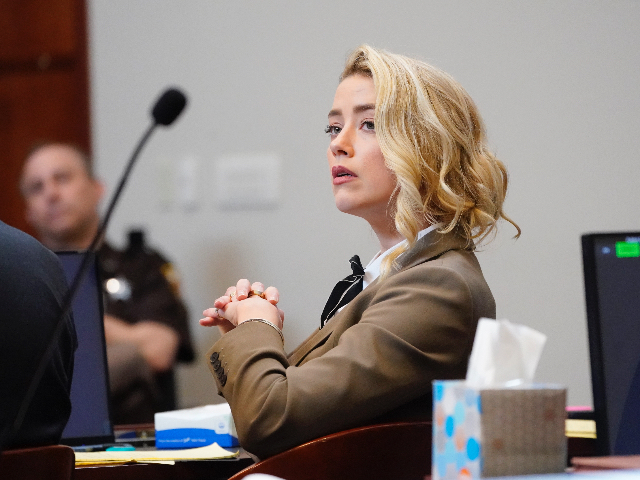 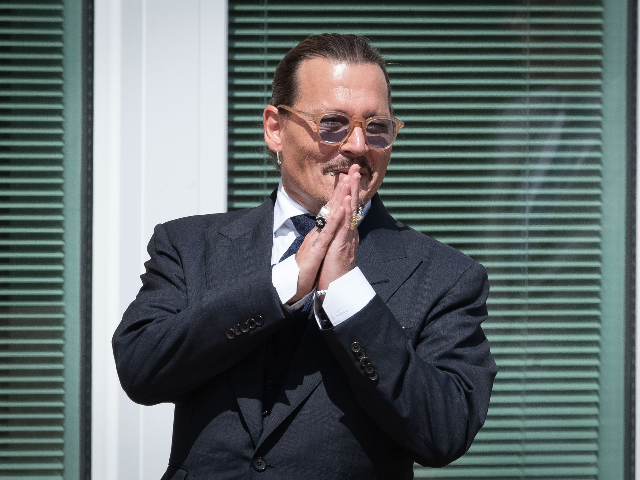 Following the verdict, leftist journalists on social media, who overwhelmingly backed Heard, quickly lined up a string of familiar boogeymen to blame for the verdict and discourse surrounding it: misogyny, misinformation, the far-right, and “gamergate.”

Gamergate, which liberal journalists have tied to everything from January 6 to the election of Donald Trump, was a 2014 movement of consumers who were fed up with low professional standards and extreme ideological bias from technology and video gamer reporters, who had become preoccupied with feminist narratives in the years preceding the movement.

It was arguably the first mass pushback against what is now known as wokeness, as well as media-led cancel culture (in 2014, this was represented by Gamergate nemesis Gawker Media). This, presumably, is why the nearly decade-old consumer movement still appears to traumatize liberal journalists.

Twitter user @Lyde15 collected over half a dozen examples of journalists trying to tie the movement to the Depp-Heard verdict and discussions surrounding it.

.@ajaromano perfectly expresses what I’ve found so maddening and terrifying about this case. It is about so much more than these two people. It’s like Gamergate merged with Skynet to create the worst possible weaponized backlash against MeToo. https://t.co/p1uD4r6bGs

I should have paid more attention to Gamergate.

We now live in a gamergateocracy.

The Depp trial has become the new Gamergate.

“The Depp trial has become the new Gamergate,” said Jeff Sparrow, a columnist for The Guardian.

The Depp v. Heard trial is clearly a new Gamergate: misinformation, misogynist hate, and resentment against #MeToo are being wielded to draw people into the far right. If there weren’t so much cowardly handwringing about how “complicated” the case is, this would be obvious.

Not to be outdone, fellow Guardian columnist Moira Donegan declared the trial to be a “new Gamergate” with “misinformation, misogynist hate, and resentment against #MeToo.”

Sadly, anyone who paid attention to Gamergate has seen all of this before. It’s straight from the internet troll playbook. They’ve perfected the art form. https://t.co/xr3qaLGB3V

“Anyone who paid attention to Gamergate has seen all of this before,” said Australian journalist Mark Gottlieb, who made sure to capitalize the “G.”

I know “everything is gamergate since gamergate” is a bit of a twitterbrain take, but “I guess you can buy your own gamergate now” seems depressingly true

“You can buy your own gamergate now” was the bizarre claim of writer Josh Raby, apparently intent on convincing his followers that Depp’s support on social media came from a bot farm, as opposed to organic activity from the movie star’s millions of fans.

“This is like GamerGate X1000. It’s like GamerGate made out with “Release the Snyder Cut,” on January 6, 2021,” said alleged author Danielle Binks in a blizzard of buzzwords.

this trial is basically gamergate for millennial women https://t.co/0JISYSGx2D

“This trial is basically gamergate for millennial women,” wrote Ryan Cooper, the managing editor of Prospect, who appears to be confused about the generation involved in the original gamergate.

Gamergate was a test balloon for the nationwide right-wing radicalization we've been seeing since 2016. The same players, the same rhetoric, the same bad faith pseudo-intellectualism, just on a bigger stage. https://t.co/EhGEbLuaed

“Gamergate was a test balloon for the nationwide right-wing radicalization we’ve been seeing since 2016,” said PC Mag editor Will Greenwald, confirming the movement’s status as the Marvel villain origin story for liberal-created boogeymen.

Everything in American politics is either gamergate or Pizzagate,

“Everything in American politics is either gamergate or Pizzagate,” concluded Asawin Suebsaeng, senior political reporter at Rolling Stone and a journalism lecturer at the University of Cincinnati.