As the first of the “Tea Party” candidates to rock the boat and triumph over a moderate Republican, Marco Rubio became the MSM poster boy for the extremism that was purportedly going to KO any chance of the GOP doing well in November. According to those oh-so-concerned-for-Republicans voices in the media, the ideological purging on the Right would split votes and allow Democrats to emerge victorious.

The Republican infighting over Florida’s Senate seat that drove Gov. Charlie Crist to ditch the GOP is giving an underdog Democrat a realistic shot at pulling off an upset in the fall,” AP writes. “Democratic Rep. Kendrick Meek, who appeared headed to a lopsided loss in November, suddenly looks like a plausible contender to snatch away victory as Crist’s decision to run as an independent sets up a three-way race that could split Republicans between the governor and Republican favorite Marco Rubio.

Poor Dana Milbank was in such a state at the Washington Post that he did everything but beg for a hanky and a fan to help him through a case of the vapors.

But the Crist crisis is a whole new level of Jacobin excess; in the case of Lieberman, Democrats at least waited until he lost the primary to purge him.

Not so the Republicans, who are in a dogmatic race to the bottom as they drop Crist for his far-right challenger, Marco Rubio.

Relax, Dana, Marco Rubio’s double-digit lead over both opponents seems to indicate that the “crisis” has been averted. We know you were truly worried.

Of course, the “dogmatic race to the bottom” was never a reality, it was merely wishful thinking on the part of the in-the-tank liberal media. They were busily, but not artfully, wrapping their fondest wishes in a thin veil of journalism.

They were also exhibiting the laziness that has become a hallmark of the demise of traditional media outlets. This Crist/Rubio story became a template for Murkowski/Miller and Castle/O’Donnell and any other race where the Republican whom the Democrats like the most didn’t prevail after his/her anointing by the MSM. Rather than closely examine, then report on, all of the nuances surrounding a story, it’s easier to just change the names and file another tired tantrum. 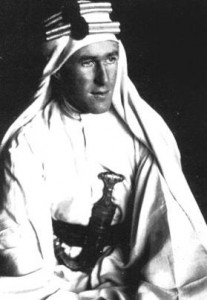 The MSM’s beating of this dead horse continues unabated, and understandably so. Having been able to dictate the narrative for so long, the Democrat-friendly Old Media types are the last to understand that they are about to go the way of the village blacksmith. They know in their hearts that this coming November is going to be unkind to their pet candidates and are in full panic mode. Their reports of “purity” tests and schisms tearing apart the GOP are desperate attempts to create a reality just one more time.

In the recent past, repetition of a lie was all the MSM needed to make it seem like the truth to the American public. (See: “Sarah Palin’s ethics violations”) The spin magic just isn’t there any more and the reason is especially ironic.

You see, there already was an ideological purity test that resulted in an extremist candidate winning. It happened in the Democratic party in 2008. The solid, well-respected mainstream candidate was Hillary Clinton. At the beginning of the 2008 election cycle, Barack Obama was an upstart candidate who was popular with the party’s left wing because of his anti-war stance and a speech he gave at the 2004 Democratic National Convention. Nobody in the Democratic establishment viewed him as a serious contender to Hillary. It quickly became apparent that the only people interested in Barack Obama were the great unwashed the press likes to call “voters.”

Bias being what it is, the media didn’t start spinning tales of apocalyptic doom for the Democrats. They did what they always do: unquestioningly fall in line behind the presumptive Democratic nominee.

The modern American media is still desperately clinging to the vestige of the prominence it once had in the nation’s political conversation. The people who used to dictate not only the subject matter, but the terms of the conversation as well, are now adjusting to being mere participants in that conversation. And the adjustment isn’t going well at all.

They’re mad that Sarah Palin is still here after spending two years trying to destroy her and her family. They are incensed that the Tea Party movement has not only survived but has become a dominant political force in a little more than a year.

They are especially seething that everyone in America didn’t fall in love with the “historic” president and that he’s about to suffer an embarrassment at the polls from a political movement they gleefully reported as being close to dead just twenty three months ago. So, like panicky children, they lash out.

Their feigned concern for the fate of the Republican party might have been something they could sell to a great number of Americans just ten short years ago. But on what planet is anyone in 2010 going to believe that Keith Olbermann gives a whit about what the Tea Party is doing to the GOP?

The extremism scale is a relative one. The extremist won in 2008. The people who are about to march to electoral triumph in response to that can only be seen as extreme when looked at from the far left — which is where most of the MSM goes to work every day.