Don’t Worry, It’s Not Racist. He Just Wants Black Children To Die To Save Money. 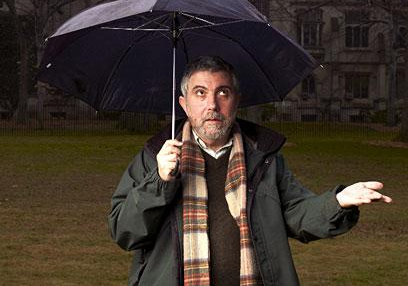 What’s wrong with you, bitter clingers? Don’t you realize that a dead child is a cheap child? I mean, all dead babies cost is the funds to suck or cut them mercilessly from their mother’s womb. Presto! No more pesky expenses of a living child.

Ezra Klein, writing at the Washington Post, actually proffers that argument in favor of taxpayer funding of Planned Parenthood; that abortions are cheaper for the government than having an “unintended pregnancy”. (That’s their euphemism for unborn baby killed by abortion.) His article is filled with predictable talking points, all easily disproved – the SBA List has already done so here. Setting the horrid spin aside, his concluding paragraph is truly vile:

The fight also isn’t about cutting spending. The services Planned Parenthood provides save the federal government a lot of money. It’s somewhat cold to put it in these terms, but taxpayers end up bearing a lot of the expense for unintended pregnancies among people without the means to care for their children. [my emphasis]

Did you mean among “those people”, Ezra? After all, the majority of babies aborted are minority babies. In New York City alone, nearly 60% of unborn African-American children were aborted.

Somewhat cold, Ezra? I’d go with revolting and sick, but that’s just me. Margaret Sanger, the founder of Planned Parenthood, however, would surely be proud of you.

“The most merciful thing that a large family does to one of its infant members is to kill it.” – Margaret Sanger

crossposted from That’s What She Said