Speaker of the House Nancy Pelosi (D-CA) accused President Donald Trump on Wednesday of “cheering people on” with “guns and swastikas to the legislature in Michigan.”

Trump has supported the protests, but never supported people with “guns and swastikas.”

This is not the first time Pelosi has resorted to such tactics. In 2009, she claimed Tea Party protesters were “carrying swastikas” to town hall meetings on Obamacare. (There were only a few such instances — out of thousands of people who attended town halls nationwide.)

In both cases, Pelosi was ambiguous about the precise nature of her objection. On the one hand, she seemed to imply that the protesters themselves were associated with neo-Nazis — which is what many conservatives felt she had said.

One the other hand, Pelosi may have been objecting specifically to the use of the swastika symbol for any purpose.

But if that were the case, she ought to have objected to leftists using it the same way.

The use of swastikas and other Nazi imagery appears occasionally in protests across the political spectrum to suggest that the targets of the demonstration are behaving like fascists.

That is the sense in which the swastika appears to have been used in recent protests in Lansing, Michigan, against shutdown regulations imposed by Gov. Gretchen Whitmer (D). One protester at the capitol, for example, held a sign with a swastika that read: “Heil Whitmer.”

(The Detroit, Michigan Jewish community objected to the use of the swastika for any purpose: ‘Regardless of one’s political views, the use of such imagery and symbolism is inexcusable,” it said in a statement.)

Likewise, there had been a few protesters at town hall meetings in 2009 who opposed Obamacare by likening it to fascism using the swastika (though an infamous poster of Barack Obama with a Hitler-like mustache was produced by supporters of Lyndon LaRouche, not the Tea Party movement.)

But protesters on the left have also used the swastika in similar fashion.

In recent years, swastikas have appeared at anti-Trump protests: 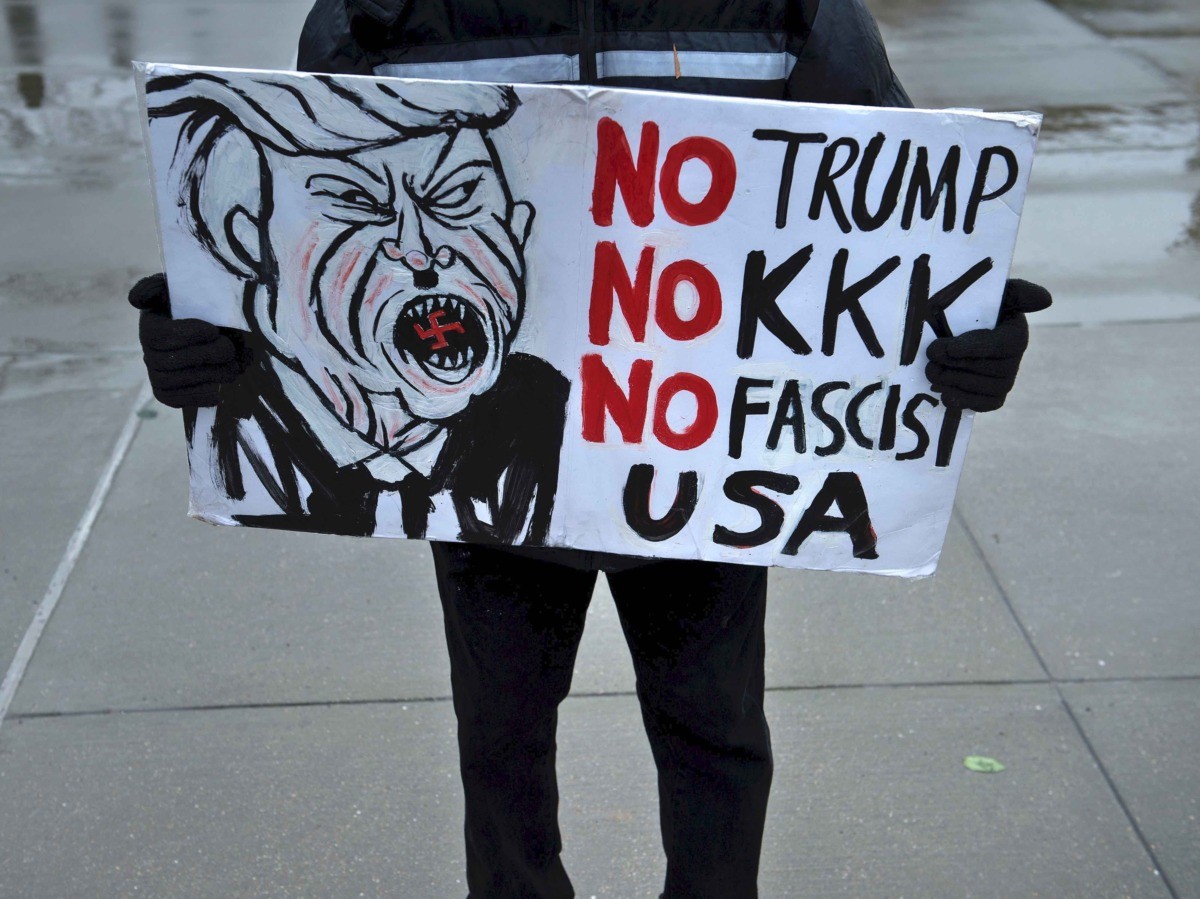 A man protesting US President Donald Trump holds a sign during a protest in front of the US Supreme Court on Capitol Hill on January 23, 2017 in Washington, DC. (Photo by Brendan Smialowski / AFP) (Photo credit should read BRENDAN SMIALOWSKI/AFP via Getty Images) 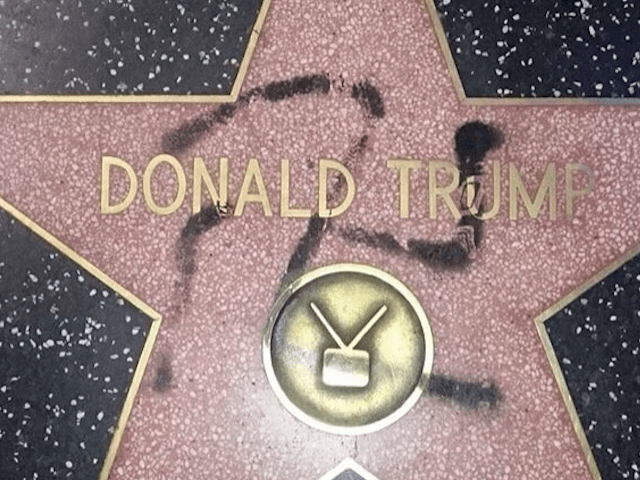 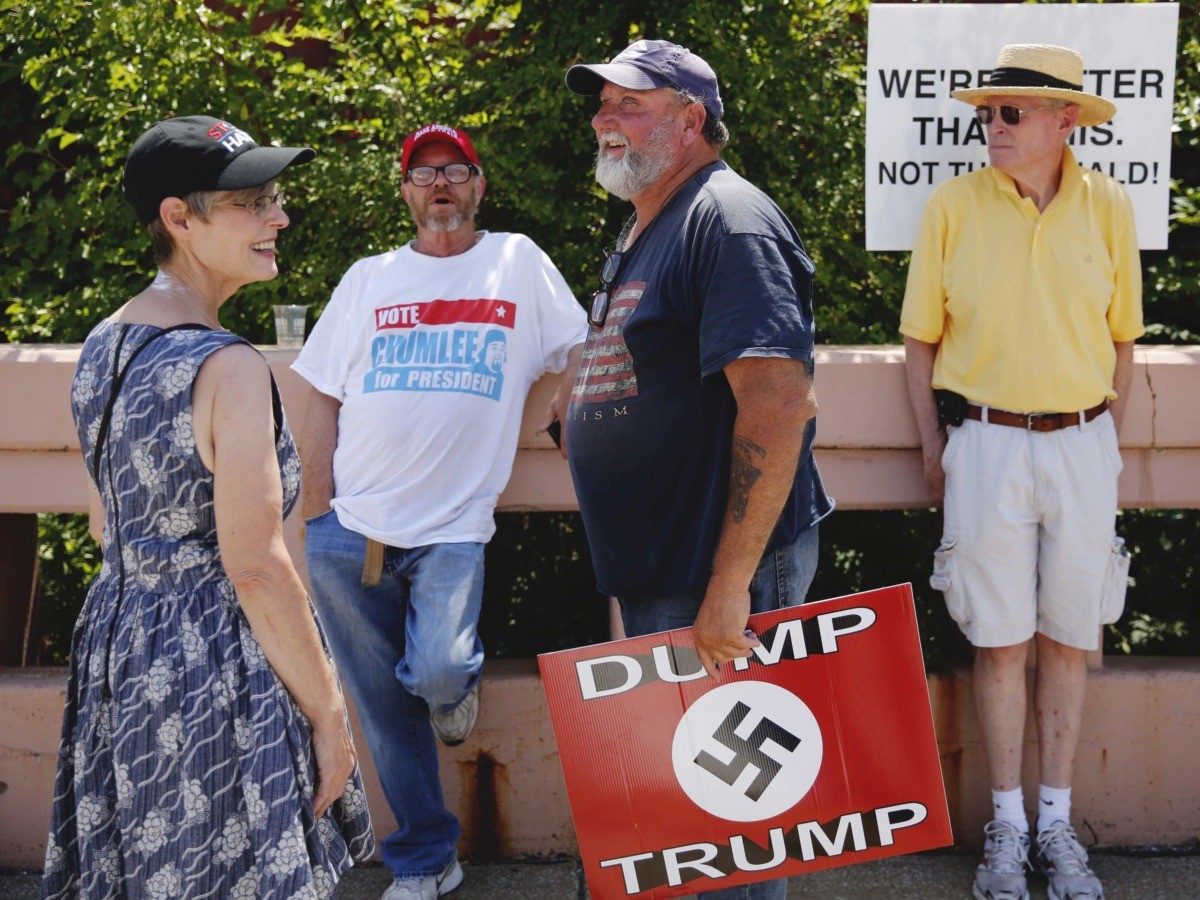 Protesters prepare to march in a rally against Republican presidential nominee Donald Trump on the final day of the Republican National Convention on July 21, 2016, in Cleveland, Ohio. / AFP / DOMINICK REUTER (Photo credit should read DOMINICK REUTER/AFP via Getty Images)

Others have used swastika-like symbols to refer to Trump, deliberately evoking Nazi parallels in doing so: 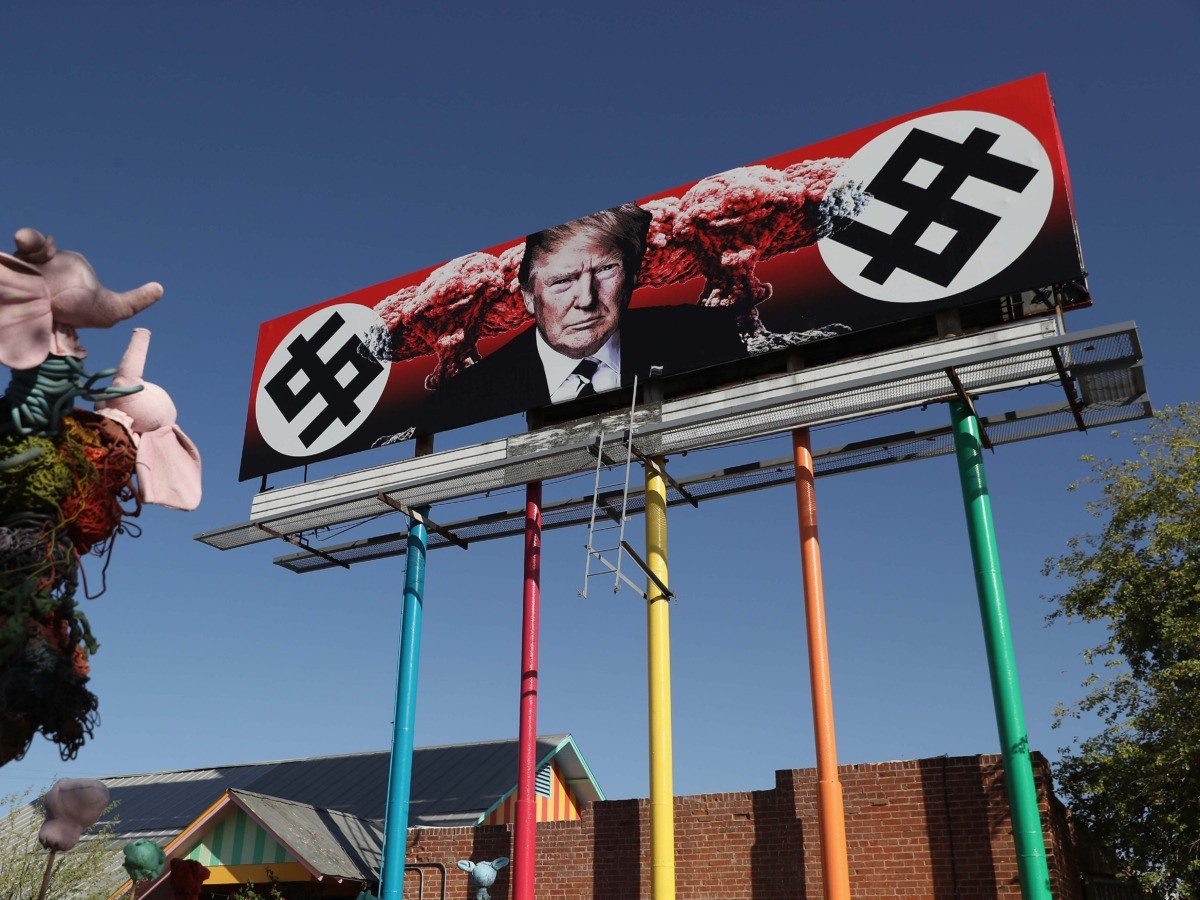 Nor is the use of Nazi imagery by the left a new phenomenon. During protests in 2011 against Wisconsin Gov. Scott Walker (R) and his labor reforms, left-wing protesters used swastikas to depict him as a fascist. CNN reported that it had seen a few swastikas — in a crowd of some 25,000 — among left-wing demonstrators there. 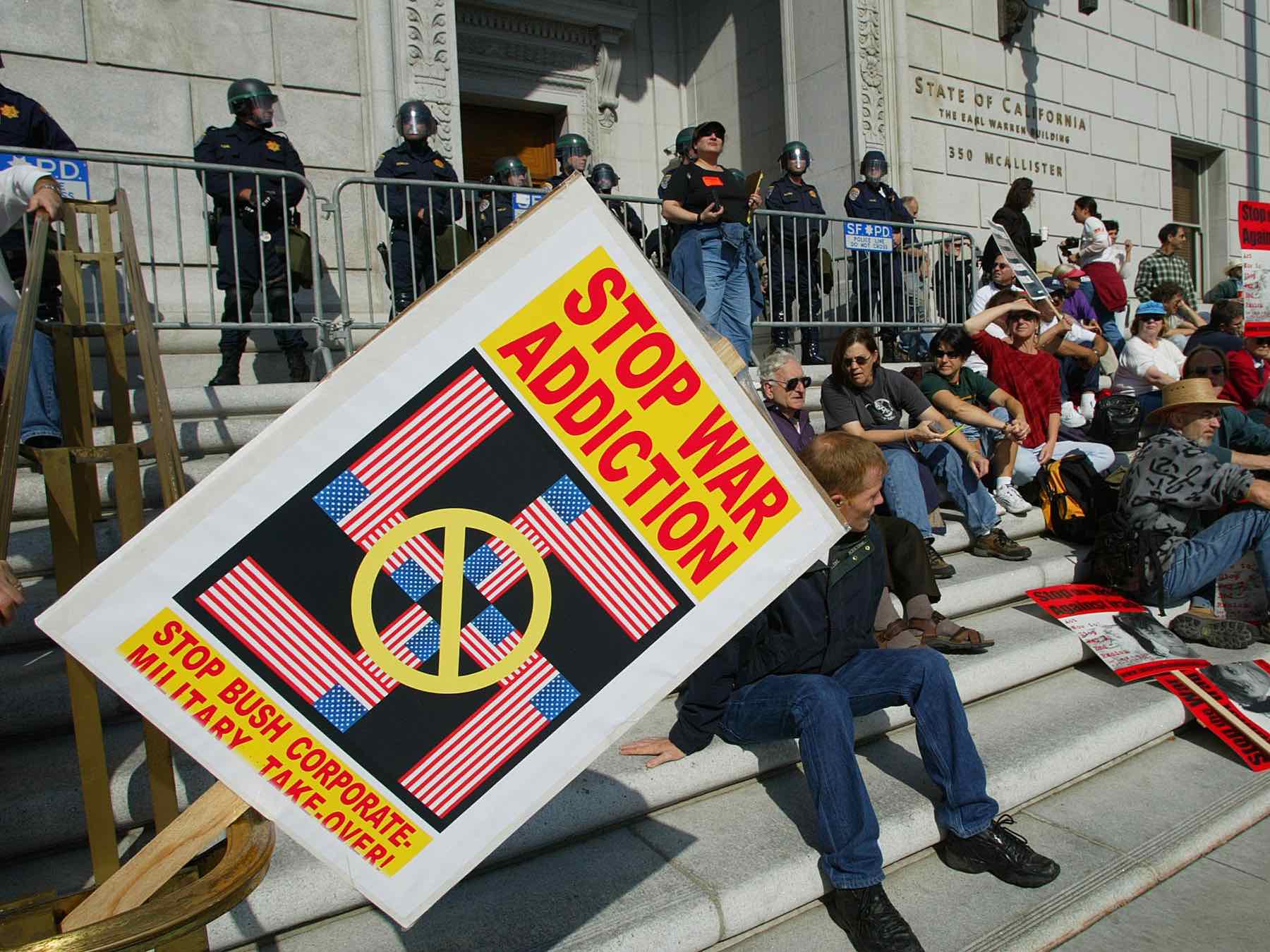 Clearly, the swastika — while offensive to many Jews, among other people — is used occasionally by some on both left and right to tarnish their political opponents. It is ugly, and objectionable, yet Pelosi herself has frequently done the same to Trump — not with the swastika itself, but with false suggestions that he wants to “make America white again,” or called neo-Nazis in Charlottesville “very fine people” (he condemned them).

In the context of those accusations, it seems clear Pelosi is again attempting to associate Trump with what the swastika represents, when his plain intent has simply been to support the aspirations of working people in Michigan and elsewhere who want the economy reopened and who object to infringements of their rights.

As such, it is worth noting that Pelosi has tried this tactic before. And the last time she did, she lost the House.