The American Booksellers Association (ABA) has “protected” its Twitter account — hidden its tweets from public view — in the wake of a controversy last week over its effort to censor a book that is critical of transgenderism among girls.

Last week, the ABA apologized for including the book, Irreversible Damage: The Transgender Craze Seducing Our Daughters, written by Abigail Shrier, in a newsletter, referring to its own article about the book as a “violent incident.”

The ABA tweeted, “An anti-trans book was included in our July mailing to members. This is a serious, violent incident that goes against ABA’s ends policies, values, and everything we believe and support. It is inexcusable.”

The New York-based ABA describes itself as “a national not-for-profit trade organization that works to help independently owned bookstores grow and succeed.”

Criticism of the ABA’s censorship began to pour in, with some likening it to medieval book-burning. The Wall Street Journal noted:

Ms. Shrier supports medical gender transitions for adults and opposes discrimination against trans individuals. Her justifiable concern is with adolescent girls who have shown no childhood history of gender dysphoria, and who might later regret a decision that alters their bodies in fundamental ways.

The woke left doesn’t want anyone questioning its dogma on transgender identity. But there’s much that the scientific, psychological and medical communities do not know about gender, and novel fields of study in particular rely on free and open inquiry. The left’s impulse to silence skeptics and dissenters on this and so many other subjects should be unacceptable in a free society.

In response to the controversy, the ABA — rather than defending its censorship — has censored itself. Its Twitter account has been “protected”: 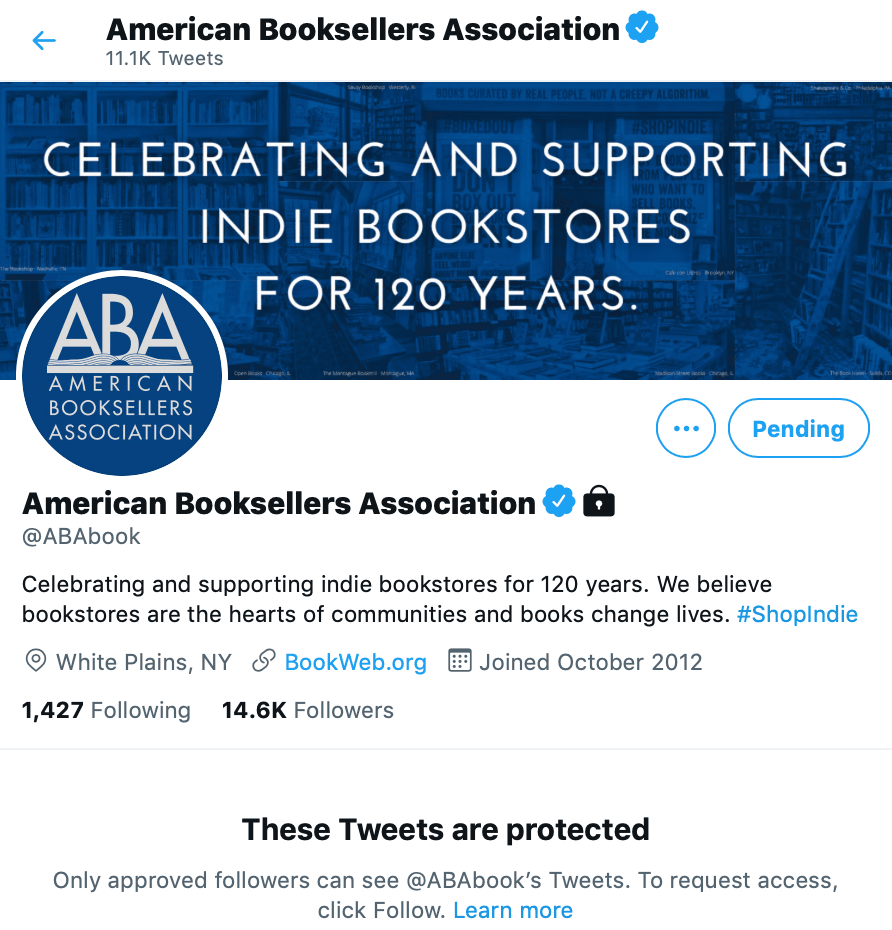 Those who wish to view the ABA’s tweets must now ask for permission, via Twitter, from the ABA to do so.