The profile features glamour shots by celebrity photographer Annie Leibovitz, and hard-hitting journalism by Lizzie Widdicombe, who notes that Psaki doesn’t “want to be the center of attention” and takes makeup advice from CNN. 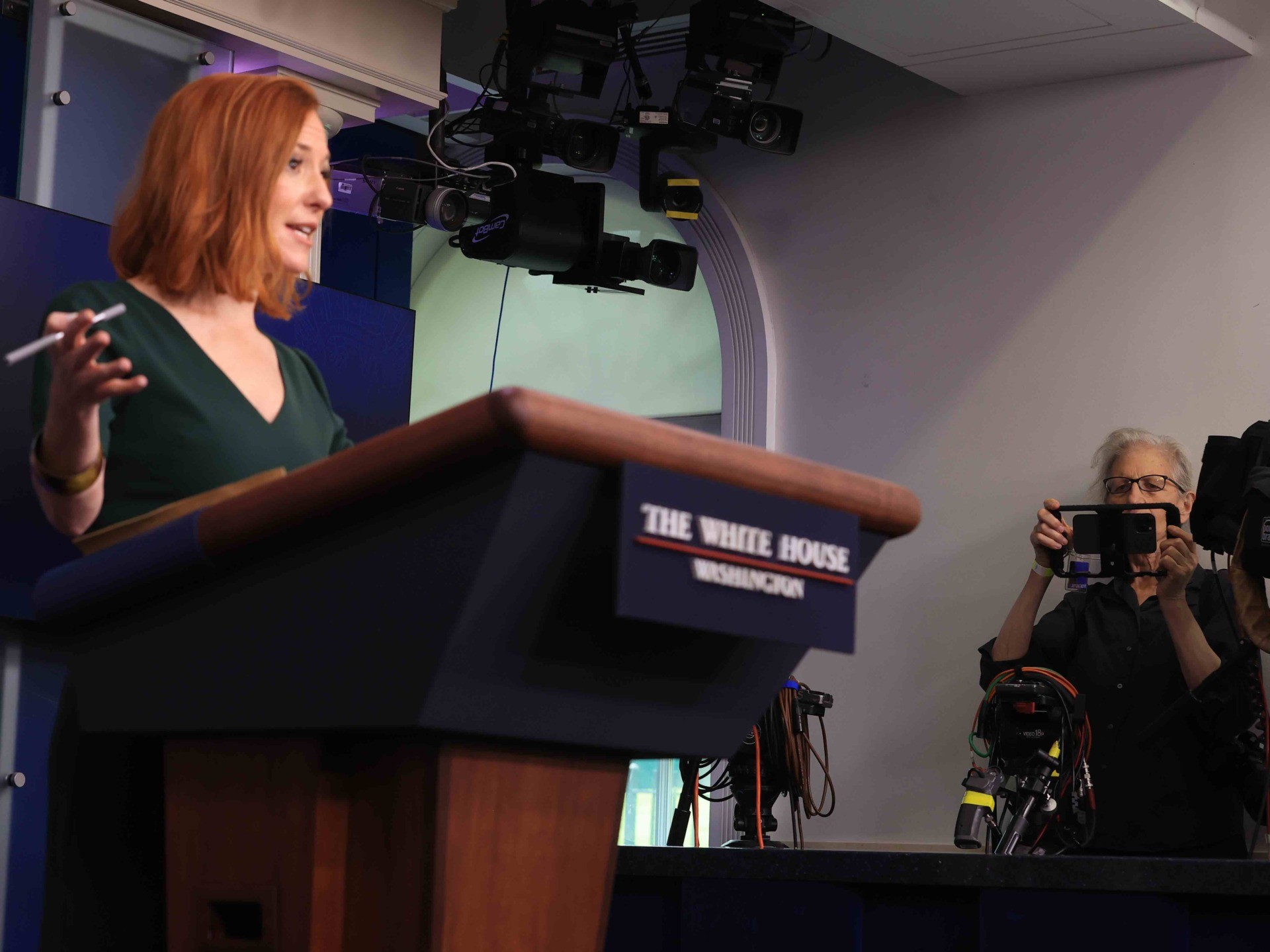 WASHINGTON, DC – JUNE 03: Photographer Annie Leibovitz (R) makes images of White House Press Secretary Jen Psaki as she conducts the daily news conference in the Brady Press Briefing Room at the White House on June 03, 2021 in Washington, DC. Psaki faced questions about the ongoing negotiations between the Biden Administration and Congress over infrastructure and other topics. (Photo by Chip Somodevilla/Getty Images)

Vogue gushes that Psaki has evoked “a collective swoon from roughly half the country,” and opines that she is better than predecessors such as Harvard Law School graduate Kayleigh McEnany, who faced a far more hostile press.

Widdicombe also notes that former Barack Obama political aide David Axelrod considers her “the best press secretary in his lifetime,” though Obama passed her up for Jay Carney and Josh Earnest (she was “devastated,” Vogue notes).

Vogue credits Psaki with being “good at mending fences,” carefully “healing” the country — though that has not stopped Psaki from defending her boss’s use of the term “Jim Crow” to describe Republicans and the Senate filibuster.

The magazine also notes that Psaki resents being called “nice,” considering it a “sexist” and “diminishing” term.

The magazine featured First Lady Dr. Jill Biden on the cover of its August issue. In related news, climate change activist Greta Thunberg is featured on the first cover of Vogue‘s Scandinavian issue: “The Wonder of Greta Thunberg.”