It appears “polar bears are being forced to change their eating habits” thanks to global warming, alarmists at Euronews announced Sunday.

The article cites video footage of a single polar bear chasing a reindeer into the water and killing it in Norway’s Svalbard archipelago, warning that the incident represents “another stark indication of climate change.”

“Retreating sea ice leaves bears stranded on land for longer periods,” the article declares, and thus, “with fewer seals and a steadily rising reindeer population in Svalbard” polar bears are obliged to change their diet in favor of reindeer.

The video, taken by a research team from a Polish scientific station, suggests “polar bears are increasingly preying on land-based animals to make up for their limited access to their normal diet,” it asserts.

Eating reindeer has become a matter of both “necessity and opportunity” for polar bears, but “it is largely being seen as yet further evidence of a changing climate,” the article laments.

The reindeer population in Svalbard has been rising steadily ever since 1925, when a hunting ban assured their protection from humans, meaning that now some 300 bears live alongside around 20,000 reindeer.

The University of Michigan notes the dietary flexibility of polar bears, asserting they will eat birds, mammals, fish, eggs, carrion, as they may become available.

A 1975 study of the eating habits of polar bears in the Southwest Hudson Bay found that bird remains “dominated the sample,” among which oldsquaw ducks were the most common. The study noted that polar bears in Svalbard also “take adult seabirds, young, and eggs when the opportunity arises.”

Research from the year 2000 similarly found polar bears are “opportunistic” and will prey on whatever presents itself. 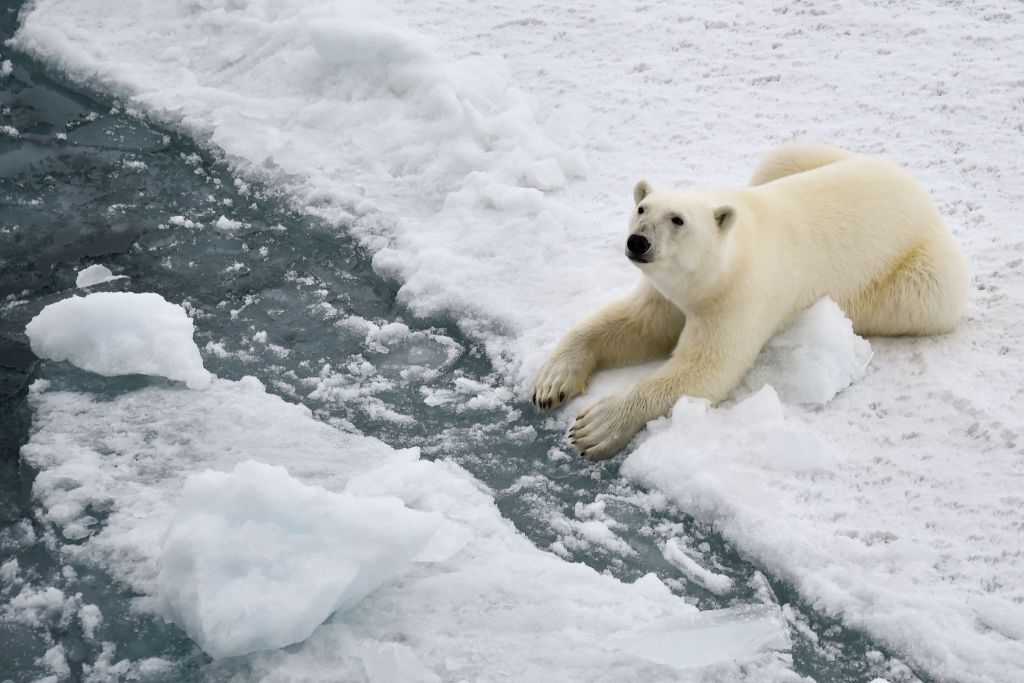 A polar bear is seen in Essen Bay off the coast of Prince George Land – an island in the Franz Josef Land archipelago – on August 22, 2021. (EKATERINA ANISIMOVA/AFP via Getty Images)

Reporting specifically on “observations of polar bears preying and scavenging on Svalbard reindeer,” the study suggested “behavioural plasticity in response to a novel prey item.”

The paper documented numerous cases of polar bears in Svalbard feeding on reindeer, with reports going back to 1945, which might suggest to a discerning reader that a single video of a polar bear eating a reindeer in 2021 hardly constitutes evidence of climate change or anything else.