For 50 years, the corporate media told us overturning the moral and legal atrocity known as Roe v. Wade would result in an explosion of civil unrest. So where is it?

This is my favorite headline in the world right now: “In 48 hours of protest, thousands of Americans cry out for abortion rights.”

In a country of 330 million—thousands.

After a half-century of the corporate media assuring and reassuring us abortion was a third rail, an American sacrament, a sure-fire way to ignite Civil War 2: This Time Democrats Will Win, we get—uhm, thousands.

Look at these lackluster protests all around the country…

Crowd of a few hundred at the Oklahoma Capitol to protest the overturning of Roe v Wade. Loudest cheers for candidates who pledge to support abortion rights. Oklahoma already had the strictest abortion ban in US. Speaker: “We need you to vote like your very lives depend on it.” pic.twitter.com/QtEwuoUG1w

#AbortionRights protest takes over the steps of the Georgia State Capitol Sunday. With #RoeVsWadeOverturned, GA is poised to bring back a law that would ban abortion 6 weeks into a pregnancy. It was previously blocked by a federal district judge in 2019.https://t.co/u2sPoYBV7s pic.twitter.com/TADNF1djd8

Massive abortion rights protest in Boston, in the tens of thousands, took over Boylston, Tremont, Park, and now Beacon Streets. Gathering in front of the State House to chants of “Fight, fight, fight! Abortion is a human right!” pic.twitter.com/5mcWrJP7RU

I'm at a protest for abortion rights in Davenport today. A couple hundred people here at Vanderveer Park to protest after the Supreme Court's Friday ruling. pic.twitter.com/1X8vOazA8x

Boise, Idaho turned the fuck out to protest the fascist Supreme Courtpic.twitter.com/M5piMB5wR9

Right now Hundreds of Pro-abortion activists have swarm inside the Wisconsin state capital as GOP block attempt to overturn abortion ban to protest against the ban pic.twitter.com/A8UFKKRIDS

For contrast, here’s video from the 2022 March for Life, an pro-life gathering held in January. Keep in mind that most of these folks had to travel all the way to D.C. (not to their local state capitol) and this march took place in the bitter cold of January, not on a beautiful summer weekend.

Here’s the March for Life crowd  in just one state—Pennsylvania:

This is picture of the crowd at the PA March for Life with still 13 minutes to go until the program starts!! Wow. pic.twitter.com/Bu2F2ZlKMP

Where are they, corporate media?

Where is your citizen uprising to protect the sacred right to butcher an unborn baby just because?

Where’s the feminist energy you promised us, NBC News?

Where’s the feminist outrage you promised us, CNNLOL?

Where’s the citizen uprising you promised us, New York Times?

And I’ll add this… Among the mere thousands who did take it to  the streets(!) this weekend, most of aren’t even everyday citizens. Almost everyone I see is either a professional activist or straight-up mentally ill.

This isn’t the citizen uprising the Washington Post promised us. No, this is a lunatic uprising of spoiled babies and hellhound Millennials whose entire identity and (false) sense of self-esteem emanates from their icky sex lives. 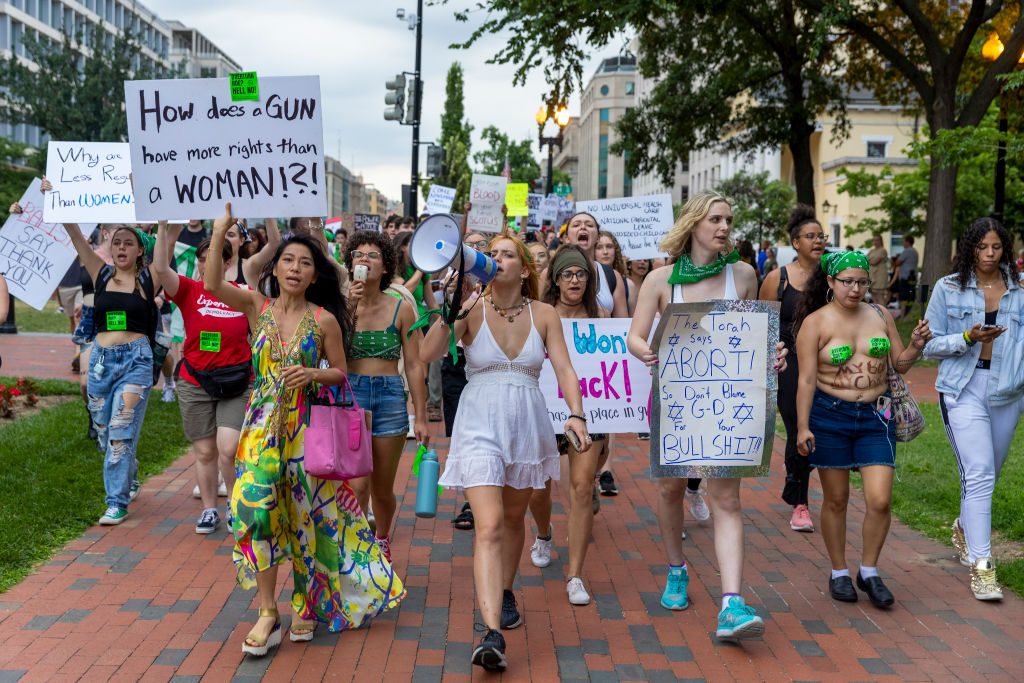 I’ll now confess something… The corporate media fooled me. I expected at least a Category Three Shitstorm. Instead, we got a drizzle.

It’s not as if the left can’t fill the streets, which we saw in the immediate days after Donald Trump won the 2016 presidential election and the murder of George Floyd. But the streets are far from filled after 50 years of all those “civil unrest” threats the media and Democrats used to protect Roe. What’s more, thanks to the SCOTUS leak (that failed), the left had all kinds of time to organize these protests in advance.

There are two likely reasons these mass protests are not happening… 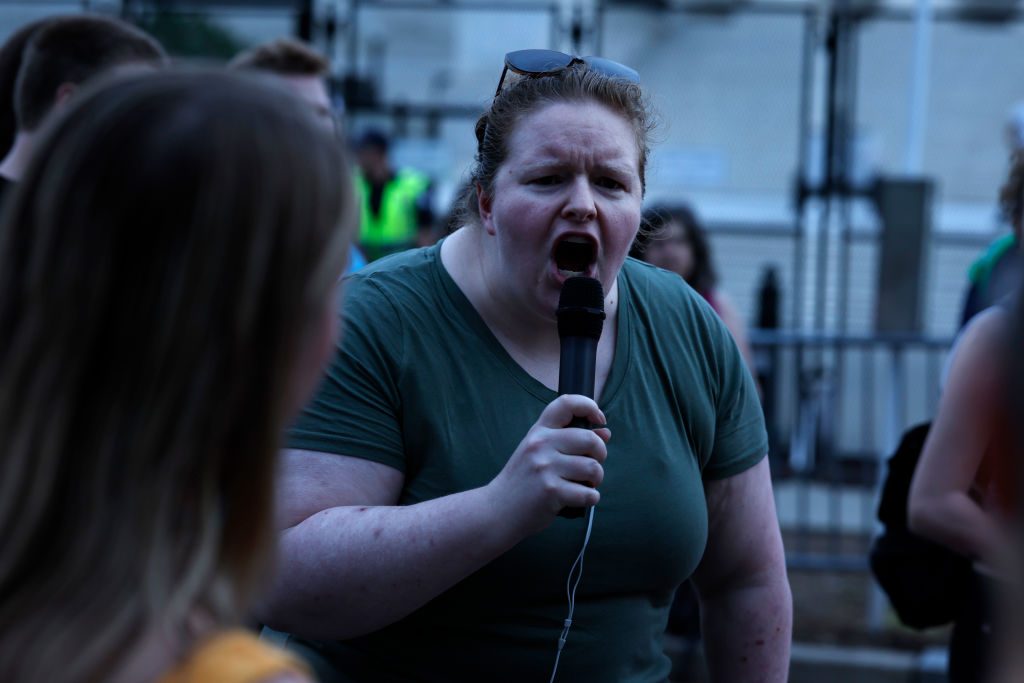 An abortion rights advocate protests in front of the Supreme Court on June 26, 2022 in Washington, DC. (Anna Moneymaker/Getty Images)

The first is that thanks to New media, people understand that the Supreme Court did not outlaw abortion. The fake media would have you believe abortion is now outlawed. The truth, however, is much less divisive: the issue of abortion now returns to the place it never should have left—voters. States will now decide their own abortion laws. That’s called democracy.

Secondly, everyday non-mentally-ill Americans have bigger things to worry about than luxury “social issues:” record inflation, record gas prices, violent crime, a wide-open southern border, and a president who doesn’t know what day it is. When it costs $80 to fill your gas tank, maybe driving to Los Angeles to rage against the patriarchy loses some of its luster—especially when you live in a state where you still have the “right” to butcher your baby right up until birth.