Chinese government officials used the United Nations climate conference, COP27, on Wednesday to promote the idea of climate “compensation” from developed countries to poorer nations, but balked at the idea of China being among those compensating.

China is by far the world’s most prolific carbon emitter and polluter in general, responsible for prodigious amounts of waste tossed into the ocean, ecological destruction in the South China Sea, and tremendous increases in coal production and consumption in the past two years. China is also a global leader in rare-earth mineral mining, a process that devastates mining and processing sites with chemical waste.

While being the second-largest economy in the world and its worst carbon emitter, China has managed throughout the years to carve out exceptions for itself in global environmental projects. It is, for example, a signatory to the Paris Climate Agreement, but the deal formally allows it to increase carbon emissions rather than forcing it to commit to a reduction.

Beijing has thus dramatically increased coal production and purchases, which will likely lead to an explosion in carbon output in the near future.

China’s poor record on environmental issues has not stopped it from demanding a leadership role in the fight against alleged climate change, and its representatives at COP27 have insisted the Communist Party deserves an outsized voice in global climate policy.

Anyone who claims to care about pollution who isn't focused on China is a fraud or dumb. https://t.co/evZiDVUpM0

COP27 included discussions of “climate compensation” – a wealth redistribution mechanism in which America and the “industrialized” world are expected to pay poor countries money suggested to be used to “transition” out of using fossil fuels – for the first time this year. China’s Special Envoy for Climate Change Xie Zhenhua supported the measure, the state-run Global Times newspaper narrated, until a representative from the small Caribbean nation of Antigua and Barbuda suggested that China should pay “climate compensation” to less industrialized states, as well.

“We all know that India and China … are major polluters and the polluters must pay,” Antigua and Barbuda Prime Minister Gaston Browne told reporters on Tuesday. “I don’t think that there’s any free pass for any country.”

Chinese climate envoy Xie Zhenhua responded to the demand by claiming that Beijing would support making larger nations pay, as long as China was not included.

“We strongly support the claims from developing countries, especially the most vulnerable countries, for claiming loss and damage compensation because China is also a developing country and we also suffered a lot from extreme weather events,” Xie said, according to Reuters. 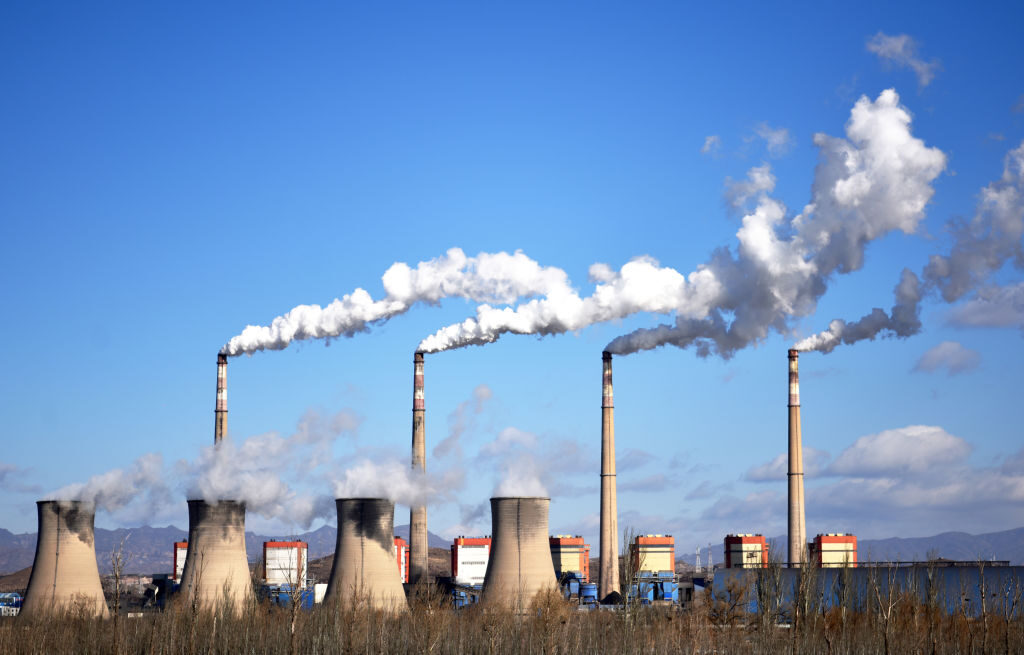 The World Trade Organization (WTO) classifies China as a “developing” country despite its status as the second-largest economy in the world and a global manufacturing hub, which allows China to distinguish itself from other industrialized nations in global forums.

The Global Times, a state propaganda outlet that typically serves as a government mouthpiece, appeared to list the tiny Antigua and Barbuda as having a place among the wealthy “Western countries” the Communist Party singles out as particularly problematic for the environment.

“As the world’s second-largest economy and the biggest developing country, China has made solemn promises on carbon emission reduction goals and has been steadily advancing those goals by achieving remarkable progress in renewable energy,” the newspaper claimed, citing unspecified “experts.”

“However, some Western countries continue pressuring developing countries like China to pay more toward the climate bill,” it continued, “and they will use the issue to create discord between China and other developing countries in a bid to evade their responsibilities and create more division in the international community, experts noted.”

China makes grandiose promises about reaching “net zero” carbon emissions by 2060 but was the only major power to increase pollution in 2020. https://t.co/WOvBOYnIyV

A Chinese government “expert” identified as Fudan University Professor Li Zhiqing also demanded in the Global Times article that China be excused for its outsized contributions to global pollution because “other nations outsourc[e] their pollution to the country, due to China’s role as an important goods manufacturer for the world.”

Despite admitting that China is a major industrial powerhouse, Li insisted it is also still merely a “developing” nation.

“Developed countries as major historical emitters of greenhouse gases need to take a leading role in providing this funding,” Li was quoted as saying, “and if developed countries have not made any payments but instead are focused on how much developing countries could offer, it will damage the mutual trust and pose obstacles for implementing the mechanism.”

The Chinese Foreign Ministry expressed support for wealth redistribution in the name of climate on Thursday while omitting any discussion of China’s potential role in paying.

“We hope developed countries can deliver on their promise of mobilizing $100 billion per year for climate action in developing countries as soon as possible,” Foreign Ministry spokesman Zhao Lijian told reporters at Thursday’s regular briefing, “offer a roadmap for doubling adaptation finance, and work to enhance mutual trust between the North and the South and foster greater synergy in their actions.”

Zhao claimed that China was “a doer in ecological conservation and climate governance,” citing “green transportation” and “renewable energy development,” but not mentioning any donations to poorer countries. Zhao said China would “get actively involved in global governance in response to climate change,” but apparently not in any way that involved spending money. 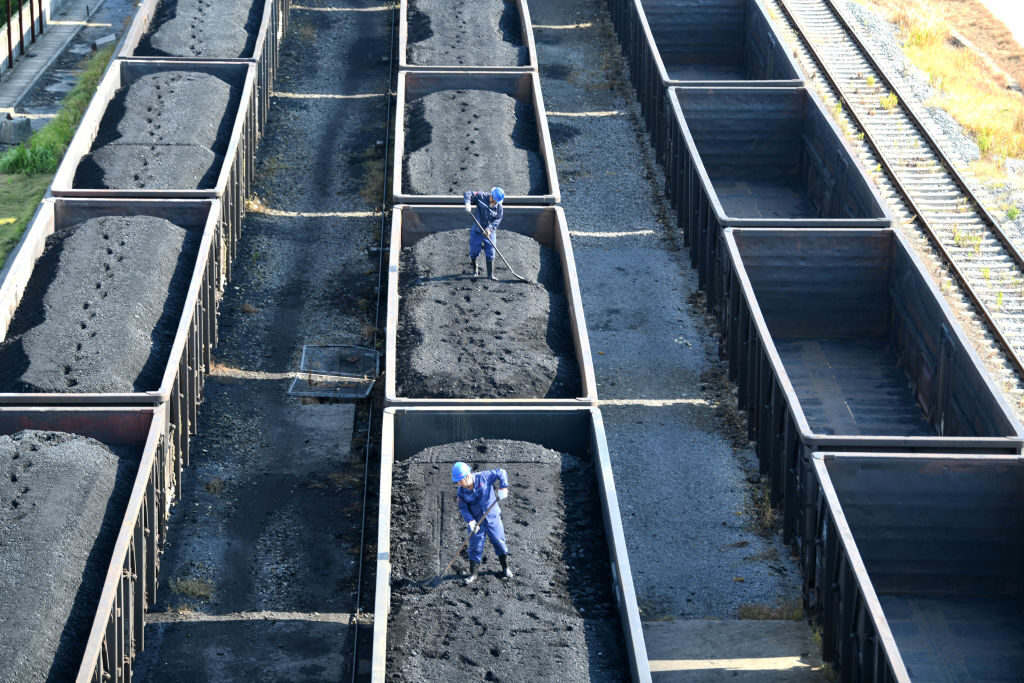 Employees work on a freight train loaded with coal at Jiangxi Coal Reserve Center on August 19, 2022 in Jiujiang, Jiangxi Province of China. (VCG/VCG via Getty)

Similarly, on Wednesday, Zhao demanded “developed countries,” excluding China, “deliver on their promise of mobilizing $100 billion per year for climate action in developing countries as soon as possible.”

A study published by Oxford University’s Our World in Data project this week found that China has emitted more carbon dioxide in the past eight years, less than a decade, than the United Kingdom, largely considered a primary “developed” country targeted for wealth redistribution, has since 1750.