KISSIMMEE, FL – On Thursday, Republican presidential nominee Donald Trump held a campaign rally in the all-important I-4 corridor of Florida at the Silver Spurs Arena before a three-quarters-full crowd at the 11,000-seat venue.

Before Trump appeared on stage, those in attendance were treated to rousing introductions from Harvest Praise & Worship Center Pastor Mark Burns and pro-Trump YouTube sensations Diamond and Silk.

“Just because you’re black doesn’t mean you have to vote Democrat,” Lynette “Diamond” Hardaway said to a raucous applause.

Trump took the stage to Lee Greenwood’s “God Bless the USA” and began immediately with an attack on his Democratic opponent Hillary Clinton.

“Aren’t emails a wonderful thing?” Trump declared, referring to a new batch of emails that seems to indicate staffers of the Clinton Foundation asked for favors from the State Department while Clinton was secretary of state. “What a great invention.”

Trump struck his usual chords on the economy, warning of consequences when companies leave the United States and reiterating his vow that Mexico will pay for a border wall.

He also touched on the threat from radical Islam, noting the terror attack on the PULSE night club 20 miles to the north in Orlando back in June: 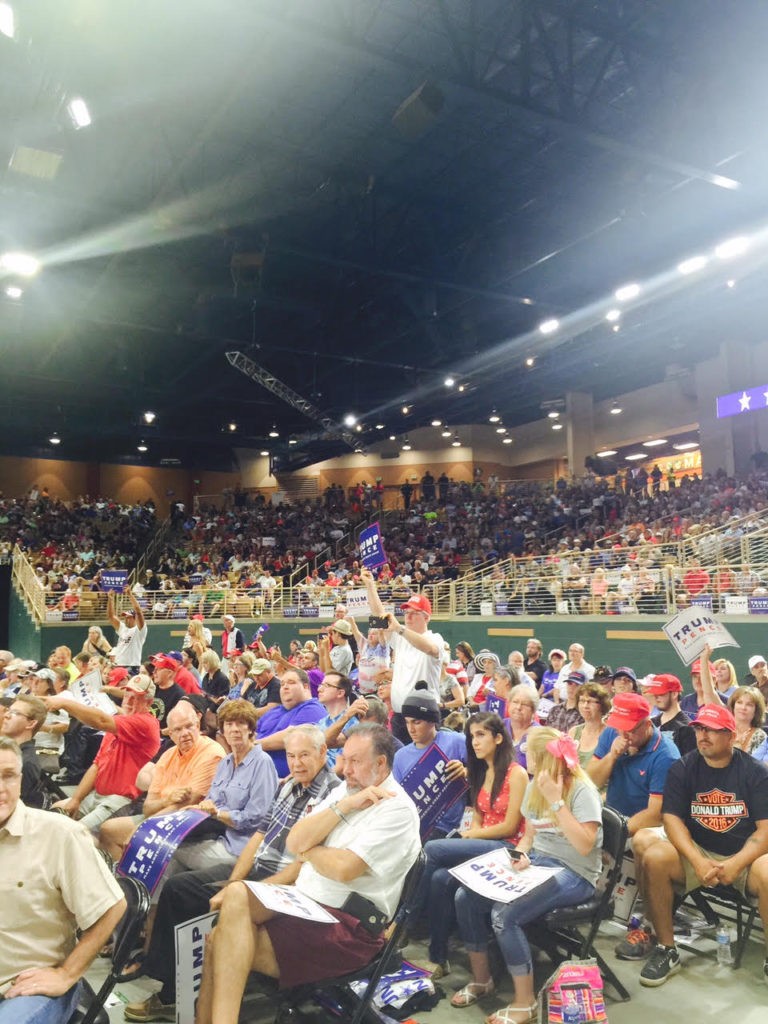 The GOP presidential hopeful used that as an introduction to criticize Clinton for her proposed policy on Syrian refugees: 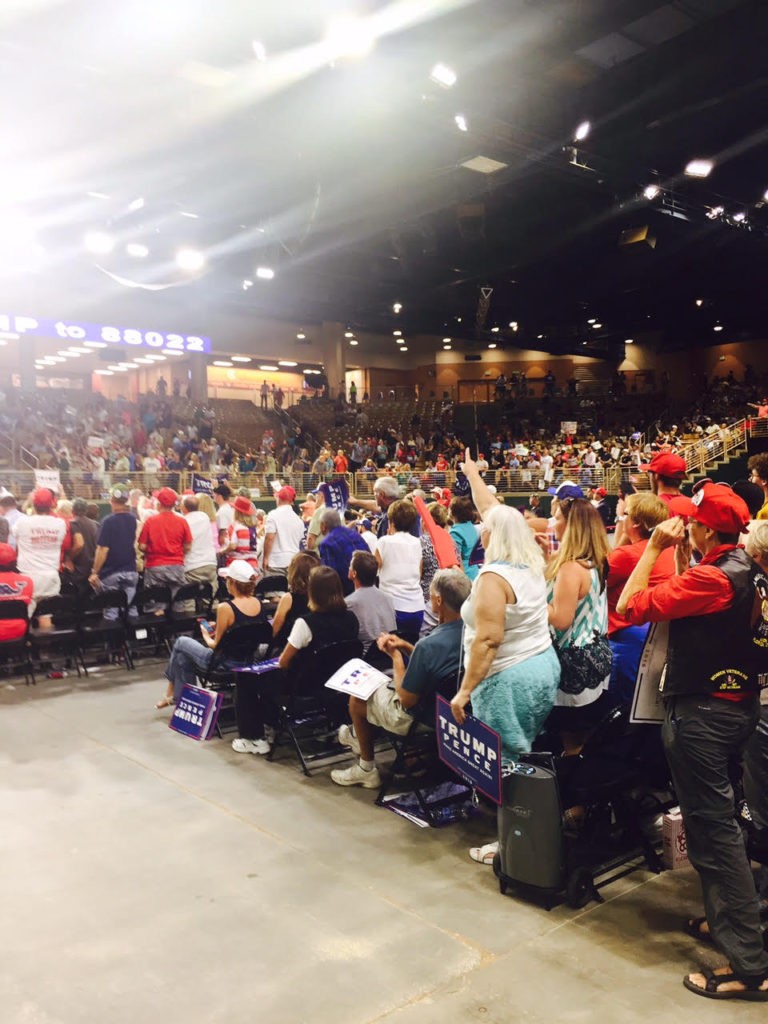 Trump also doubled down on his attack on current President Barack Obama, whom he had earlier declared to be the founder of ISIS and its MVP:

Barack Obama, number one, is incompetent. Number two, remember this, number two, he is the founder in a true sense – if he would have stayed, I didn’t want to will be. But, if he would have kept a relatively small force, he probably could have prevented ISIS from forming, OK? Now you look at what is going on with ISIS, where they are spreading. And they are probably spreading in our country when we allow that many people to come in from that region, they are probably spreading into our country.

Look at Germany. It is a disaster. Look at France. I have friends that go to France. They don’t want to go there anymore. They say France is no longer France. Here is the story, folks. Here’s the story folks – we’re going to start winning a day in. We will make America great again. We are going to win with our military. Hopefully we [don’t] have to use it much but it is so depleted we have to rebuild it and we are going to knock the hell out of ISIS. 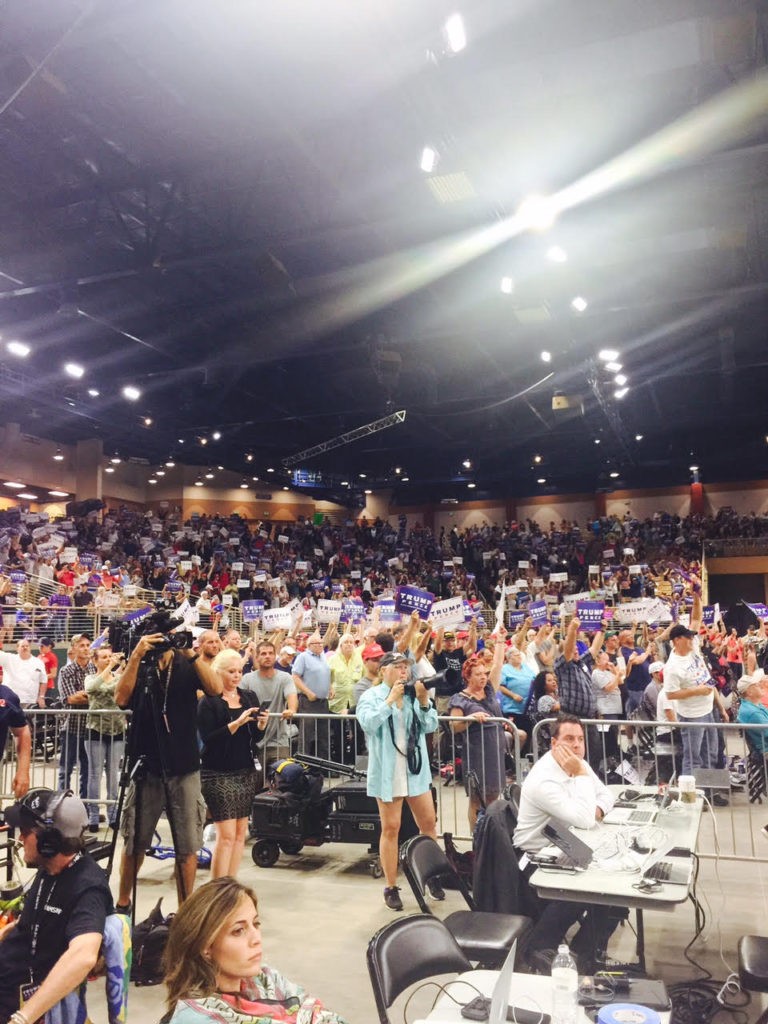 The Kissimmee rally was the fourth major rally the Trump campaign has hosted in recent weeks, following big events in Daytona, Jacksonville, and Fort Lauderdale. Despite winning Florida’s Republican presidential primary back in March, by nearly at 2-to-1 margin over his closest opponent, home-state Sen. Marco Rubio, Trump is in a statistical dead-heat with Clinton. 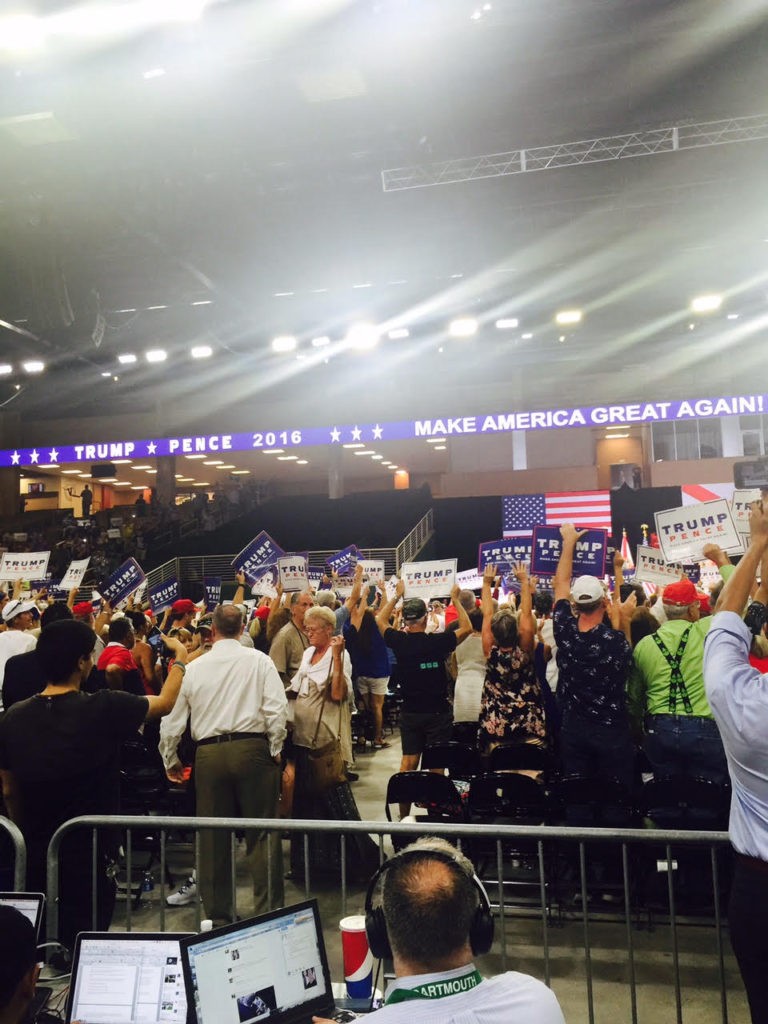