The White House continued raising the alarm Wednesday over Russian troop movements on the border of Ukraine, warning Vladimir Putin’s forces were “mobilizing for war.”

A senior administration official told reporters in a briefing call Russian claims they were withdrawing troops from the border are “false” and they are actually “privately mobilizing for war.”

President Joe Biden and his administration continue sharing warnings of an upcoming Russian invasion of Ukraine without publicly sharing intelligence to prove their claims.

“We have now confirmed that in the last several days, Russia has increased its troop presence along the Ukrainian border by as many as 7,000 troops, with some arriving as recently as today,” the official said to reporters on the phone.

The official again prepared the world for Russia to use “false pretext” to justify an invasion of Ukraine. 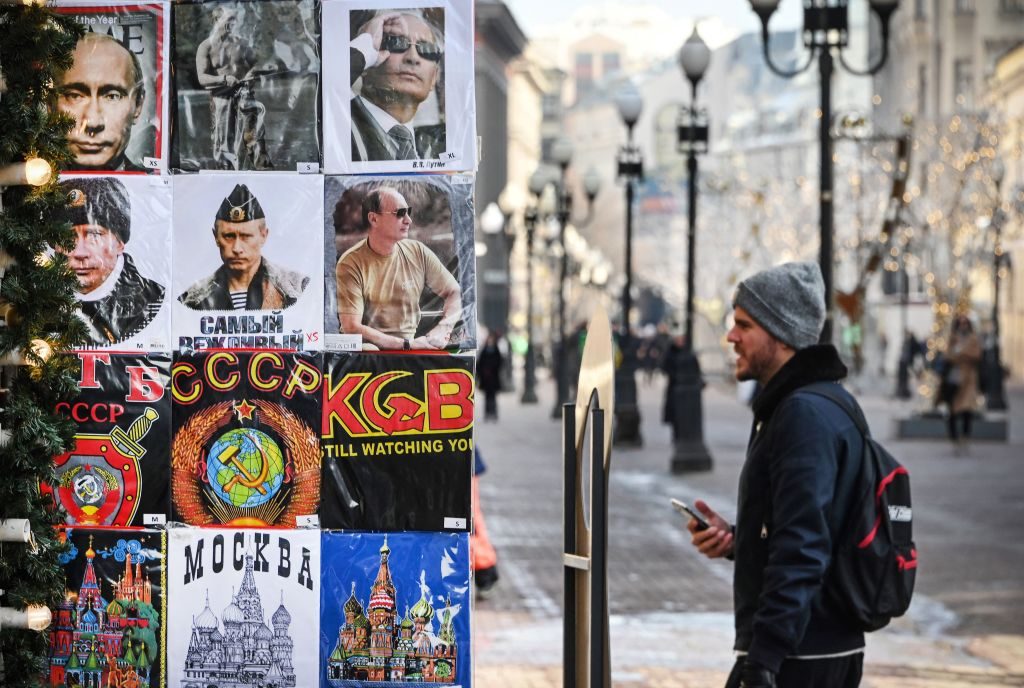 A man walks past t-shirts with images of Russian President Vladimir Putin at a gift shop in downtown Moscow on February 16, 2022. (ALEXANDER NEMENOV/AFP via Getty Images)

“We don’t know what form the false pretext will take, but we hope the world is ready,” the official said.

Ukraine, the officials said, would be a prominent topic for Harris during her talks with European leaders. 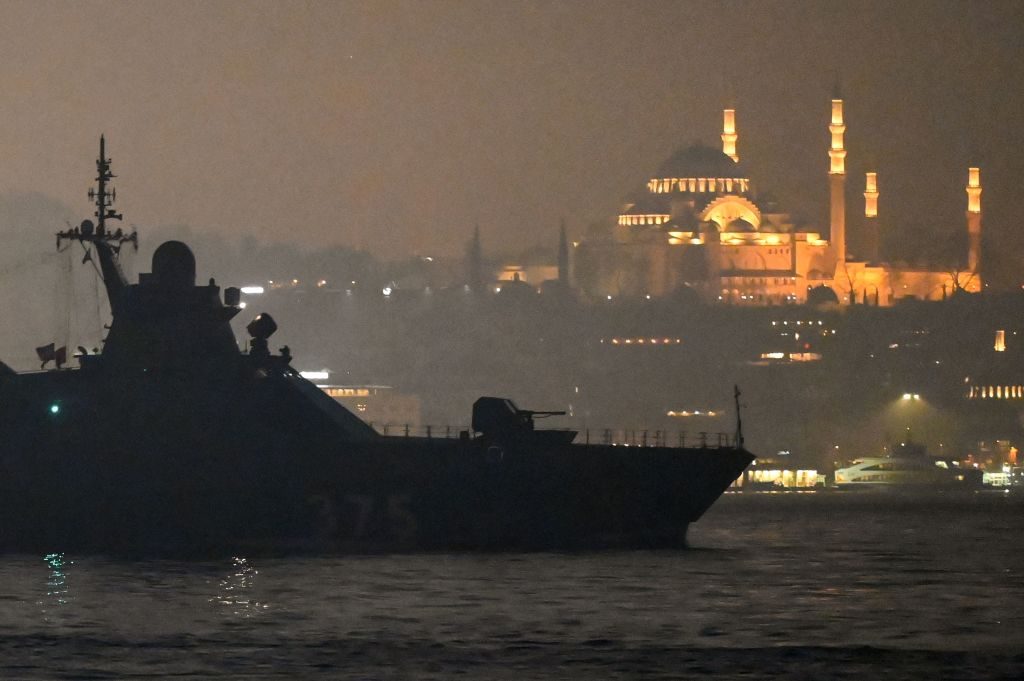 Russian Navy’s Project 22160 Patrol Vessel Dmitriy Rogachev 375 sails through the Bosphorus Strait on the way to the Black Sea past the city Istanbul as Suleymaniye mosque is seen in the backround on February 16, 2022. (OZAN KOSE/AFP via Getty Images)

Officials previewed a positive speech from Harris on Thursday celebrating the restored unity between the United States and Europe and their resolve to defend Ukraine.

“The Vice President will underscore how that unity is a source of strength that will allow us to respond swiftly and severely to any further Russian aggression,” an official said.