Last month, Abbott signed an executive order authorizing the Texas National Guard and the Texas Department of Public Safety to respond to the influx of illegal aliens pouring across the border by apprehending them and returning them to the border at the port of entry.

“This executive order shall remain in effect and in full force unless it is modified, amended, rescinded, or superseded by the governor,” the order reads, citing President Biden’s “failure to protect our border.” That, according to the order, has “necessitated action by the State of Texas to ensure public safety and to defend against violations of its sovereignty and territorial integrity.” 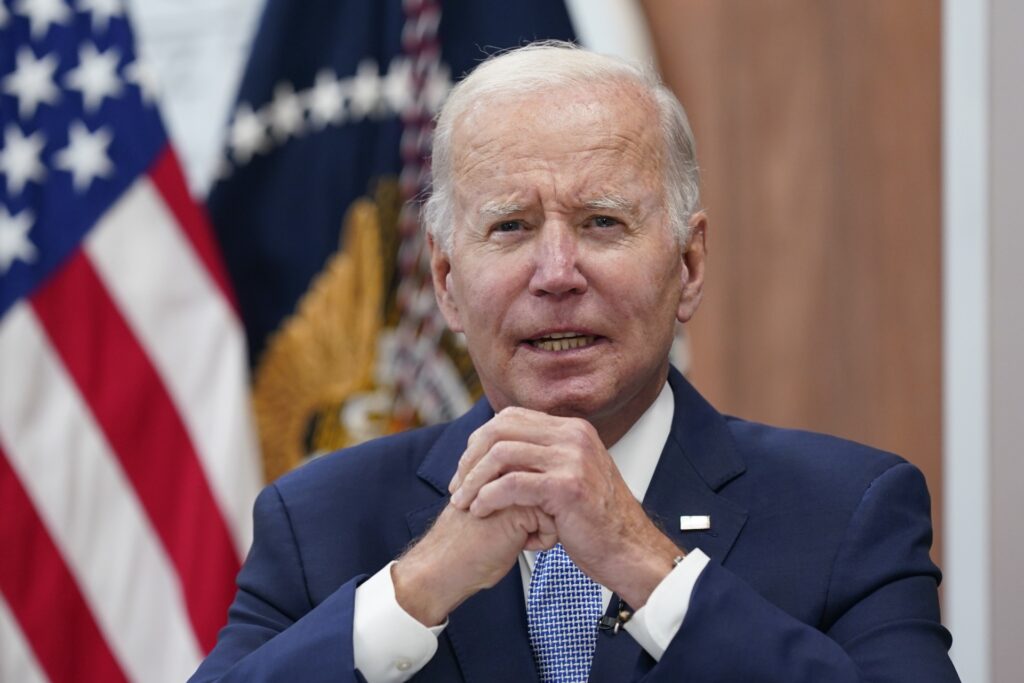 The order also cites the dangers of crossing the border illegally, pointing to the tragic discovery of 53 bodies in a smuggler’s truck. It also noted that “at least 42 subjects on the terrorist watchlist have been arrested while attempting to cross the border illegally since January 2021.”

“While President Biden refuses to do his job and enforce the immigration laws enacted by Congress, the State of Texas is once again stepping up and taking unprecedented action to protect Americans and secure our southern border,” Abbott said in a statement at the time. 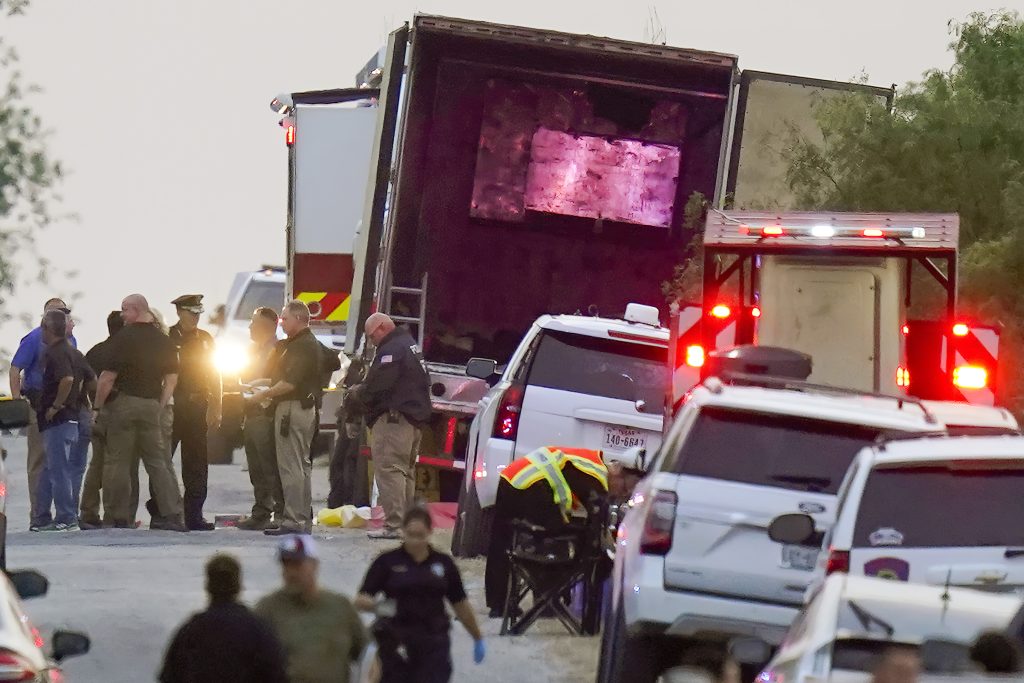 Police and other first responders work the scene where officials say dozens of people have been found dead and multiple others were taken to hospitals with heat-related illnesses after a semitrailer containing suspected migrants was found, Monday, June 27, 2022, in San Antonio. (AP Photo/Eric Gay)

“The cartels have become emboldened and enriched by President Biden’s open border policies, smuggling in record numbers of people, weapons, and deadly drugs like fentanyl,” he added.

The ACLU has taken issue with Abbott’s executive order and is demanding the Department of Homeland Security’s Office for Civil Rights and Civil Liberties to take action and investigate. In a letter to the office, the ACLU stated that DHS “should decline to take custody of individuals in these circumstances, and should prevent Texas state and local officials from detaining individuals on federal property pursuant to Governor Abbott’s executive order.” 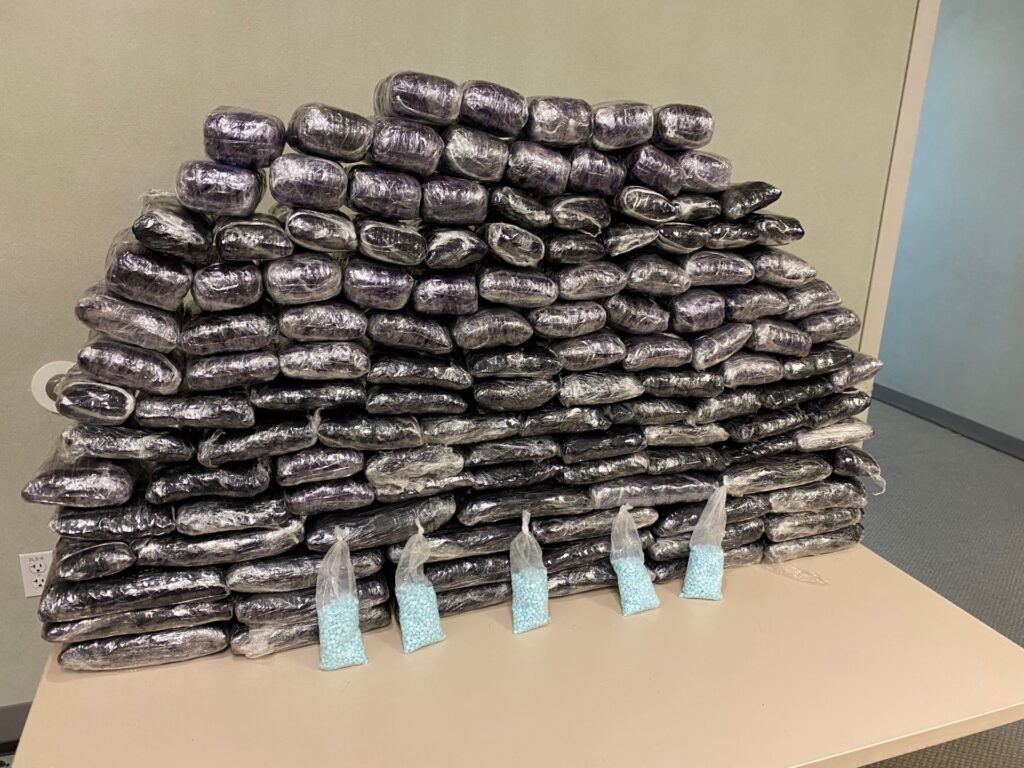 According to the Texas Tribune, the letter details the outlet’s reporting on transferring migrants, noting that they are made to wait, sometimes for hours, for federal agents to transfer them:

The civil rights group said the commercial vehicle inspection site “appears to be the CBP U.S. Customs and Commercial entrance,” which is federal government property. The Tribune could not independently confirm that, but the transfer of migrants by state authorities to federal government property would more clearly lay out a legal argument that state authorities are participating in immigration enforcement.

Overall, the ACLU contends that “migrants are being held on federal property in violation of the [federal standards] and in potentially dangerous conditions.” 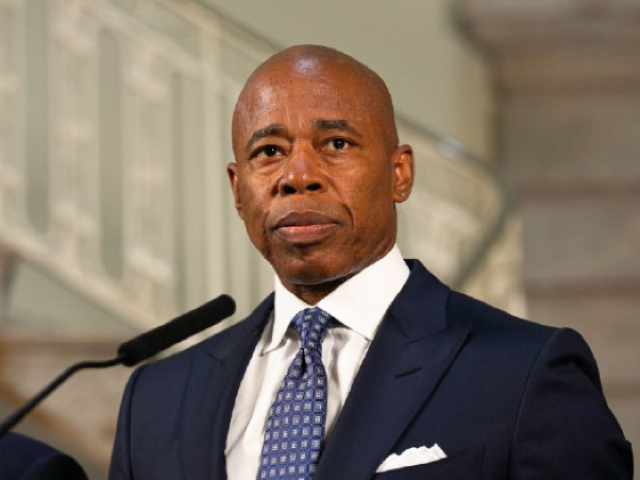 “We have said from the beginning that Gov. Abbott’s executive order is cruel, unlawful, and likely to result in increased racial profiling of Black and Brown people in Texas,” Kate Huddleston, staff attorney at the ACLU of Texas, said in a statement.

“Recent news that state police are transporting migrants and detaining them for hours before handing them over to Border Patrol is deeply troubling and raises serious legal concerns,” she added.