I propose building a wall around this bathroom and making them pay for it https://t.co/ovpeMH7nND

Pepper spraying a Nazi, while not as viscerally satisfying as punching a Nazi, does save your knuckles some wear and tear

Come for the fascist coward wildly ducking the Q of what exactly she likes abt Milo's speeches. Stay for the ending where she gets maced https://t.co/kIsqYSvpz2

UPDATE 38: Reporter for the Tab assaulted by “anti-fascist” rioters who try to steal his phone.

UPDATE 37: Rioters assault BuzzFeed reporter after threatening him and claiming that filming “puts people in danger.”

UPDATE 36: “F*ck Starbucks! F*cking Zionists!” shouts a protester as others smash up and loot a Starbucks.

UPDATE 35: Rioters continue to smash up every bank downtown and all ATM’s.

UPDATE 33: Rioter: “Let’s go to the police station and smash their sh*t!”

Antifas smashing the windows of a bank during an anti Milo protest in Berkeley. https://t.co/bqkXDY0Nj5 pic.twitter.com/2AbYPwQYcF

UPDATE 30: Cars forced to turn around as rioters occupy roads.

UPDATE 29: Reports claim rioters pulled a driver out of his car and started to beat him in downtown Berkeley.

UPDATE 28: Car drives through crowd of rioters with one still attached after they start to jump on the bonnet.

BREAKING: Driver trying to get through rioters at UC Berkeley runs down rioter as he continues destroying his car… pic.twitter.com/BznjBTFMRl

We condemn in the strongest possible terms the violence and unlawful behavior that was on display, and deeply regret that those tactics will now overshadow the efforts to engage in legitimate and lawful protest against the performer’s presence and perspectives.

The University and the UCPD went to extraordinary lengths to plan for this event and put the appropriate resources in place in order to maintain security. Officials were in contact with other campuses and paid close attention to lessons learned at the speaker’s prior events. Dozens of additional police officers were on duty. Multiple methods of crowd control were in place. Ultimately and unfortunately, however, it was simply impossible to maintain order given the level of threat, disruption, and violence.

We regret that the threats and unlawful actions of a few have interfered with the exercise of First Amendment rights on a campus that is proud of its history and legacy as home of the Free Speech Movement. As Chancellor Dirks made clear in his message to the Berkeley campus community, while Mr. Yiannopoulos views, tactics and rhetoric are profoundly contrary to our own, we are bound by the Constitution, the law, our values, and the campus’s Principles of Community to enable free expression across the full spectrum of opinion and perspective.

UC Berkeley Student Union…this is what remains after a crowd tried to storm the place. #Milo #abc7now pic.twitter.com/aeBOYkEmgj

#miloatcal Protest moving into South Berkeley. Cal students in the area please shelter in place for your safety @UCB_ResHall @BerkeleyRHA

UPDATE 23: Rioters smash up ATM’s with bats and poles. 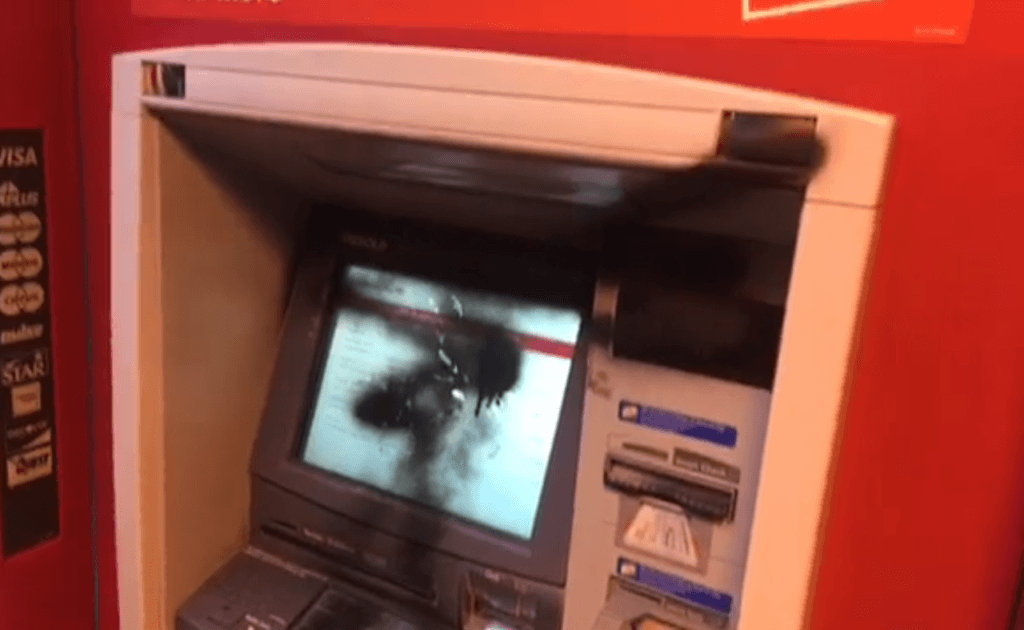 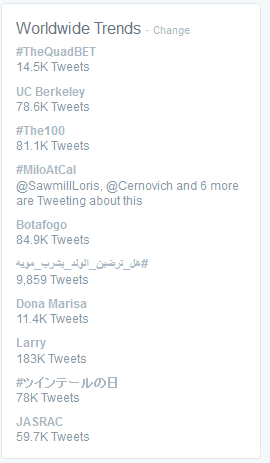 UPDATE 20: Rioters scream “Whose streets? Our streets,” while setting off fireworks in downtown Berkeley.

My friend was giving an interview when some coward peppersprayed her #Berkeley pic.twitter.com/CDpEqDsw2A

UPDATE 14: Injured attendee with covered face is treated by medic in midst of riot.

UPDATE 7: BuzzFeed reporter claims MILO fan had his MAGA hat set on fire by protesters before being beaten.

UPDATE 6: Antifa protesters beat male and female MILO attendees in corner with fists and flags while shouting “f*ck you,” and “racists.”

UPDATE 5: Fire alarms continue to sound as windows around university are smashed. Attendee claims that protesters are “hostile” to both MILO fans and press.

UPDATE 4: Protest ring-leader calls out “are we gonna leave?” as protesters scream “NO!”

UPDATE 3: Attendee tells BuzzFeed that police have announced they will take further action soon, as protesters pose for selfies by fires and continue violence.

UPDATE 2: “I have been evacuated from the UC Berkeley campus after violent left-wing protestors tore down barricades, lit fires, threw rocks and Roman candles at the windows and breached the ground floor of the building,” said MILO in a post on Facebook. “My team and I are safe. But the event has been cancelled. I’ll let you know more when the facts become clear. One thing we do know for sure: the Left is absolutely terrified of free speech and will do literally anything to shut it down.”

UPDATE: MILO’s show at UC Berkeley has been cancelled and evacuated following reports of increased violence and several fires started by protesters.

UC police tell crowd they have 10 minutes to disperse from Sproul Plaza pic.twitter.com/vAkkNPMwEK

People in black with masks say they won't leave when police come. A large crowd is also gathered peacefully on steps pic.twitter.com/54DpGENwXv

Crowd now gathered in intersection of Telegraph and Bancroft. Music is playing, dancing, some fires. Police inside. pic.twitter.com/4GUQzWh0bw

"This is war." A protest sign is seen at #UCBerkeley after #MiloYiannopulous event cancellation: https://t.co/nkAqiMGtpb. pic.twitter.com/7EEDhUSENT

Helicopters over the UCBerkeley campus now. Does anyone know what's going on? pic.twitter.com/msMFLBKcnF

Helicopters above Berkeley. A protest?@berkeleyside

It is currently unknown as to who the helicopters belong to, however at MILO’s show in Seattle, helicopters were sent by police.

Masked protesters have also been spotted gathering at the campus, some of whom lit pyrotechnics and tore down barriers.

@berkeleyside: Protestors in black tear down barricade and light pyrotechnics towards @UCPD_Cal — chants of "Shut it down!" pic.twitter.com/Q43LjsyqQF

Crowd growing by the minute @UCBerkeley ahead of planned speech by #MiloYiannopoulos Fireworks going off in #SproulPlaza. pic.twitter.com/X9yyHkPYl1

As protesters have amassed outside, police have worked to secure the event venue in preparation for MILO’s final talk on the Dangerous Faggot Tour tonight.

@UCPD_Cal has begun to secure ASUC building in antiticpation of Milo Yiannopoulos event. Protestors expected to gather at 5. #berkeleyside pic.twitter.com/nNspv9NajY

UC Berkeley issued a travel warning earlier today, advising students who were not attending MILO’s show to keep clear from the venue.

“Anti-Fascists” have vowed to shut down the show at all costs, having previously doxed the private information of several student organizers for the event, even posting one student’s workplace address while falsely accusing him of being a “white nationalist.”

Following a demand by dozens of UC Berkeley professors to have MILO banned from the campus, a group of Berkeley Free Speech Movement veterans defended the Breitbart senior editor, criticizing the professors and students who sought to block his speech.

“Under the terms of [the free speech] resolution, even the worst kind of bigot, including Yiannopoulos, must be allowed to speak on campus. So the UC administration was acting in accord with those principles when it refused to ban Yiannopoulos,” the group of veterans declared. “We were thus disappointed that so many Berkeley faculty signed an open letter supporting such a ban and criticizing the UC administration for refusing to ban Yiannopoulos.”

MILO and the David Horowitz Freedom Center have partnered to launch a campaign against “sanctuary campuses” that shelter illegal immigrants from being deported. The campaign will be launched with a speech from MILO at UC Berkeley.