Little has been reported on the pair despite both attaining the distinguished honor as the first black graduates of West Point to enter Congress.

Hunt, born in Houston, Texas, in 1981, attended the United States Military Academy at West Point where he graduated in 2004 with a Bachelor of Science in Leadership and Management with a field of study in mechanical engineering. He served his nation for eight years in the Army as an Aviation Branch Officer and Apache helicopter pilot.

Like Hunt, James earned his bachelor’s degree from the United States Military Academy at West Point in 2004 and served his nation for eight years in the Army, logging 753 combat flight hours. Born in 1981, James was raised in the Palmer Woods neighborhood of Detroit.

According to FiveThirtyEight, the two men had just over a combined 50 percent chance of winning their general elections. James won his seat in Congress in Michigan’s open 10th district against Democrat candidate Carl Marlinga by 0.5 points. The district leaned red as an R+6. Meanwhile, Hunt ran in a newly shaped district that leaned further red as an R+27. Hunt defeated Democrat candidate Duncan Klussmann by nearly 30 points. 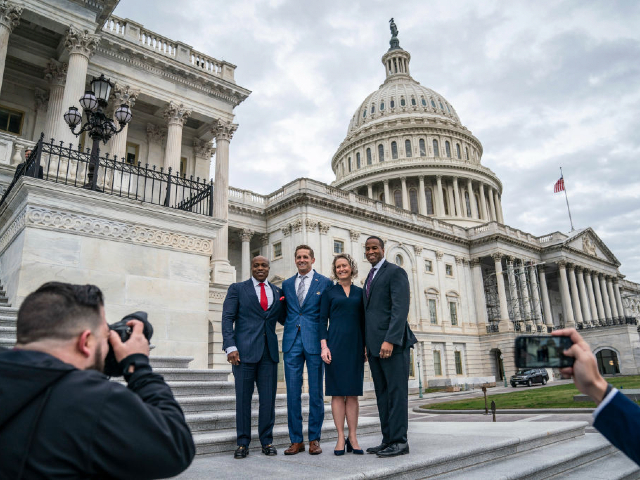 The two men, who have remained friends since their West Point days, will enter Congress with the necessary experience needed to conduct oversight over the Biden administration. Hunt and James will have the opportunity to probe the administration’s deadly Afghan withdrawal and its seemingly endless and unaccountable financial spending on the Ukraine war.

“Changing Washington won’t be easy, but graduating from West Point and serving in the United States Army, being deployed to combat zones, and flying Apache helicopters over Iraq has prepared me for tough fights and big challenges,” said Hunt, who is more of a freedom caucus type of conservative fighter. “I truly believe nothing is more worth fighting for than our great country and our way of life in the Houston area.”

James ran on a conservative platform with more moderate rhetoric. He describes himself as “open-minded, free thinking conservative” who is “not afraid to listen even if you disagree with me.”

“Our community needs a congressman who is grounded in real life,” James said. “A leader who will defend our Freedom, ensure good-paying jobs are available at home and will extend a helping hand to our neighbors in need.”

Despite being the first black graduates of West Point’s 2004 class to enter Congress, the media have mostly ignored their historic rise – presumably because they are both Republicans. A brief search of Google’s first page results shows only one news profile of the Republican pair.