His Frauduelency Joe Biden’s job approval rating crashed to a record low Wednesday in the RealClearPolitics (RCP) poll of polls.

For the first time, and on the one-year anniversary of his failed presidency, Biden’s average approval rating dipped below 41 percent. He now sits at just 40.9 percent.

Biden’s average disapproval rating is now well over 50 percent, at 53.3 percent, which means he is 12.4 points underwater.

Both Gallup and the far-left Politico released polls today that put Biden’s approval and 40 percent and his disapproval at 56 percent. Civiqs polling has him at just 34 percent.

In the Gallup poll, going all the way back to John F. Kennedy 60 years ago, Biden has the lowest year-end approval rating of any president except for former President Trump.

The thing you have to remember about Trump, though, is that his low approval rating was based on two things that have nothing to do with the state of the country: his abrasive style and the corporate media and FBI teaming up to frame him as a Russian spy. 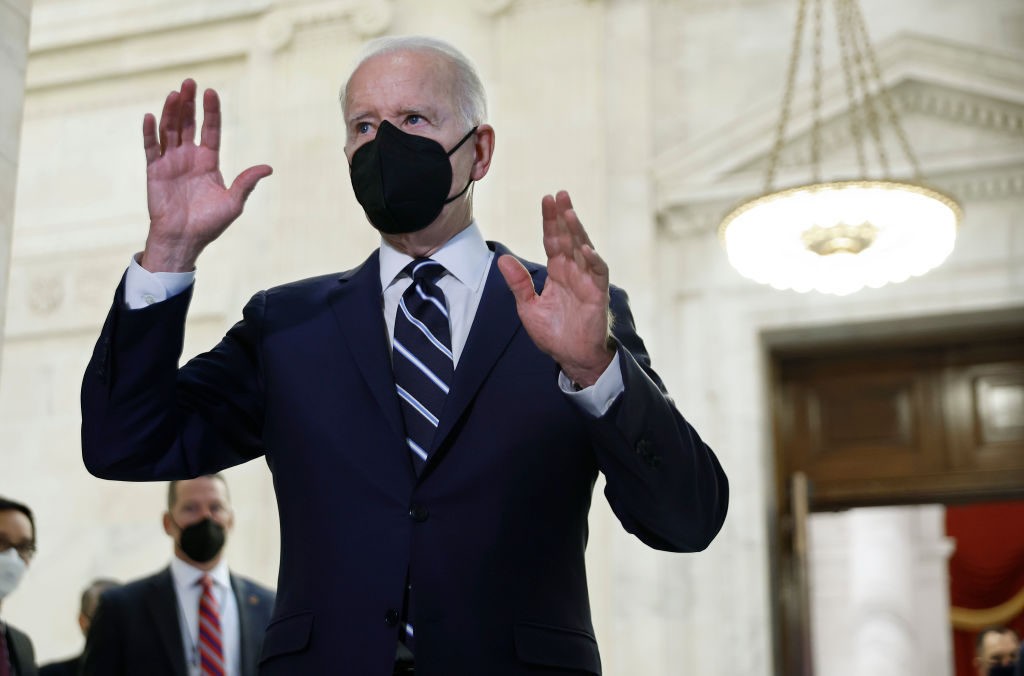 Biden’s disastrous approval rating is based solely on his incompetence and a series of policy decisions that have put this country on a slide into recession. Biden’s retreat from Afghanistan is almost certainly the worst foreign policy bungle since the Bay of Pigs. His financial policies have exploded inflation to a 40-year high. His war on affordable energy has exploded gas prices. For the first time in my lifetime, we have empty store shelves, an open southern border, and a supply chain snarl.

On top of that, Biden’s gobsmacking mismanagement has exploded coronavirus infection and hospitalizations rates to record highs, and there are no COVID tests! This means there’s no way to trace when tracing is the best way to ease infections.

Biden’s approval rating on the Chinese coronavirus has sunk underwater after he placed vaccine mandates on mid-sized to large businesses and federal employees and contractors, according to Tuesday’s Quinnipiac University poll. https://t.co/ZPWwnMkjma

According to Gallup, it is not Republican voters that have tanked Biden’s approval ratings. What’s tanking Biden are Independents and his own Democrats.

At the beginning of his failed presidency, 98 percent of Democrats approved of the job Biden’s doing. That’s now dipped to 82 percent. Likewise, approval among Independents dived from 61 percent to just 33 percent.

Biden is also the most polarizing president in Gallup’s history of polling:

Biden’s extremely low approval ratings from Republicans throughout 2021, and the extremely high ratings from Democrats, led to levels of political party polarization beyond any for a first-year president and only exceeded once previously in any presidential year.

On average during his first year as president, Biden averaged 91% approval among Democrats, 46% among independents and 8% among Republicans. The average 83-percentage-point Democratic-Republican gap exceeded that for prior first-year presidents by a significant margin.

Biden is dumb, divisive, petty, incompetent, feeble, a liar, wrong about everything, and cares more about illegal aliens and China than Americans.

President Joe Biden is failing on nearly every single major issue for Americans as support for his presidency continues to drop. https://t.co/sv2xaFdiGs

He has no one to blame but himself for this polling humiliation, and it will almost certainly get worse as more of his base become disillusioned and look around for a better presidential contender in 2024— and that will not be Her Vice Fraudulency Kamala Harris, whose dismal approval ratings are even worse than Biden’s.