All instructional materials approved by school boards and used in California schools must comply with the Standards for Evaluating Instructional Materials for Social Content (2000). It’s an idiotic set of standards, radically liberal in orientation. It states that materials must “instill in each child a sense of pride in his or her heritage …” One wonders whether it is a good idea to instill in the grandson of a Nazi brownshirt “pride in his heritage.” 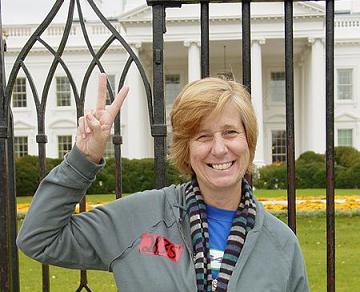 At the same time, the standards do have their strong points. On religion, all students are supposed to “become aware and accepting of religious diversity while being allowed to remain secure in any religious beliefs they may already have.”

The California Education Code includes similar provisions regarding the use of particular materials in the classroom. Section 60044 requires that no instructional materials be adopted by any governing board which contains “Any matter reflecting adversely upon persons because of their race, color, creed, national origin, ancestry, handicap, or occupation.” The statute does not exclude whites or Americans.

The Zinn Education Project (ZEP), which has been praised by liberals from Hollywood to the halls of Washington, D.C., is dedicated to reflecting badly upon anyone white, particularly white Americans. Listen, for example, to the ZEP’s description of the founding fathers:

The social elites of early America sought to manufacture racial divisions. Men of property and privilege were in the minority; they needed mechanisms to divide people who, in concert, might threaten the status quo.

Slavery and racial animosity wasn’t an evil tradition dating back millennia – it was the unique invention of the founding fathers, who were, of course, white.

Or try this description of the Civil War, again from the ZEP:

Most of my students share a cartoonlike version of the causes of the Civil War: slavery was horrible; President Abraham Lincoln was a great man who hated slavery; so, to free the slaves, he fought a war against the South; the North won and the slaves were freed. This common but wildly inaccurate history reinforces at least two unfortunate myths: the United States fights wars only for high moral purposes; and African Americans owe their freedom to the efforts of a great white man.

This is some of the milder material. For something that clearly castigates all whites, try the recommended book A Different Mirror: A History of Multicultural America (2): “[I]n the creation of our national identity, ‘American’ has been defined as ‘white.'” Or try page 45: “The native people of America were finding that the white strangers from across the ocean were threatening their way of life.”

The ZEP routinely violates the California Standards regarding religion. Again, those standards require that students be allowed “to remain secure in any religious beliefs they may already have.” See, for example, the ZEP’s take on gay and lesbian issues, from A Place at the Table: Struggles for Equality in America (132):

Most religions considered homosexuality a sin … So deep was society’s prejudice against gay men and lesbians that they risked being physically attacked, even killed, simply by revealing their sexual orientation … There remains, in short, a very long way for gay and lesbian people to go to achieve equal rights under the law. But many are convinced that they will eventually succeed because, they say, they are on the side of what is right.

There’s far more here than this quick recital of a few points. The ZEP is a deep system of indoctrination dedicated to undermining the idea of America as a country that has been a beacon for freedom for centuries, undermining traditional social standards, and undermining the principle of equality of opportunity. It also happens to violate basic standards of California education law – and, undoubtedly, the education laws and standards of virtually every other state as well.