“I’ll be the Kellyanne Conway of this thing!” the political adviser tells her strategists and a room full of focus group participants.

“Kellyanne Conway!” one woman in a focus group says. “I like how she always looks like she just woke up.”

“I think it’s inspiring how now a woman can be Joseph Goebbels,” another woman in the focus group says, while the entire room mumbles in agreement. 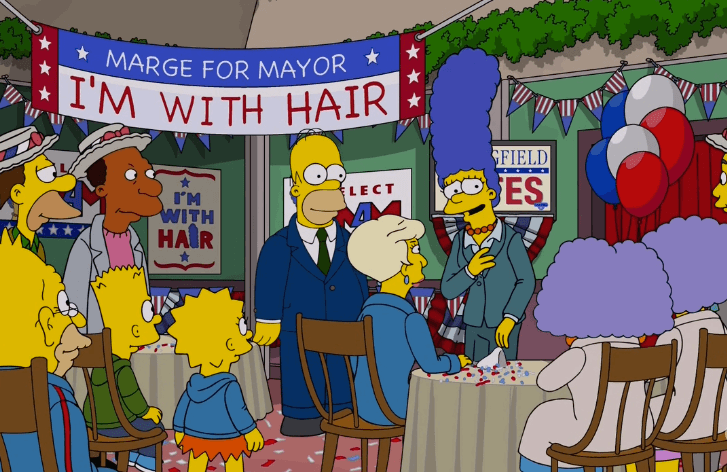 Paul Joseph Goebbels became Adolf Hitler’s minister for public enlightenment and propaganda in 1933. Goebbels spent the next 12 years, during WWII, forcing Jewish artists, filmmakers, musicians, and newspaper editors out of business, producing propaganda films, and showcasing a genocidal Hitler to the public in the most positive fashion possible.

The long-running FOX animated comedy has targeted Trump and his administration officials before. A clip released in April depicted former White House press secretary Sean Spicer hanging from a noose in the White House briefing room, while Conway looked on in horror vowing not to replace him.

Conway, who doesn’t typically shy away from hitting back at her critics, has not responded to the Simpsons episode.