Comedian Kathy Griffin is suggesting that sexism is stopping her from getting back to D-list status in the years since her infamous ISIS-esque photoshoot posing with a bloody head of then-President Donald Trump in 2017.

“I wasn’t canceled — I was erased,” Griffin told the New York Times, which noted that while Griffin was never a one of the biggest stars on television, she was known, and “was certainly ubiquitous.”

But after her bloody photoshoot, CNN had fired her the next day, which was followed by 25 theaters announcing they were canceling her upcoming shows. Now, nearly five years later, Griffin wants to get back on the D-list.

“I just want to get back to making people laugh,” she said. “More than anything else, that’s what has been robbed from me.” 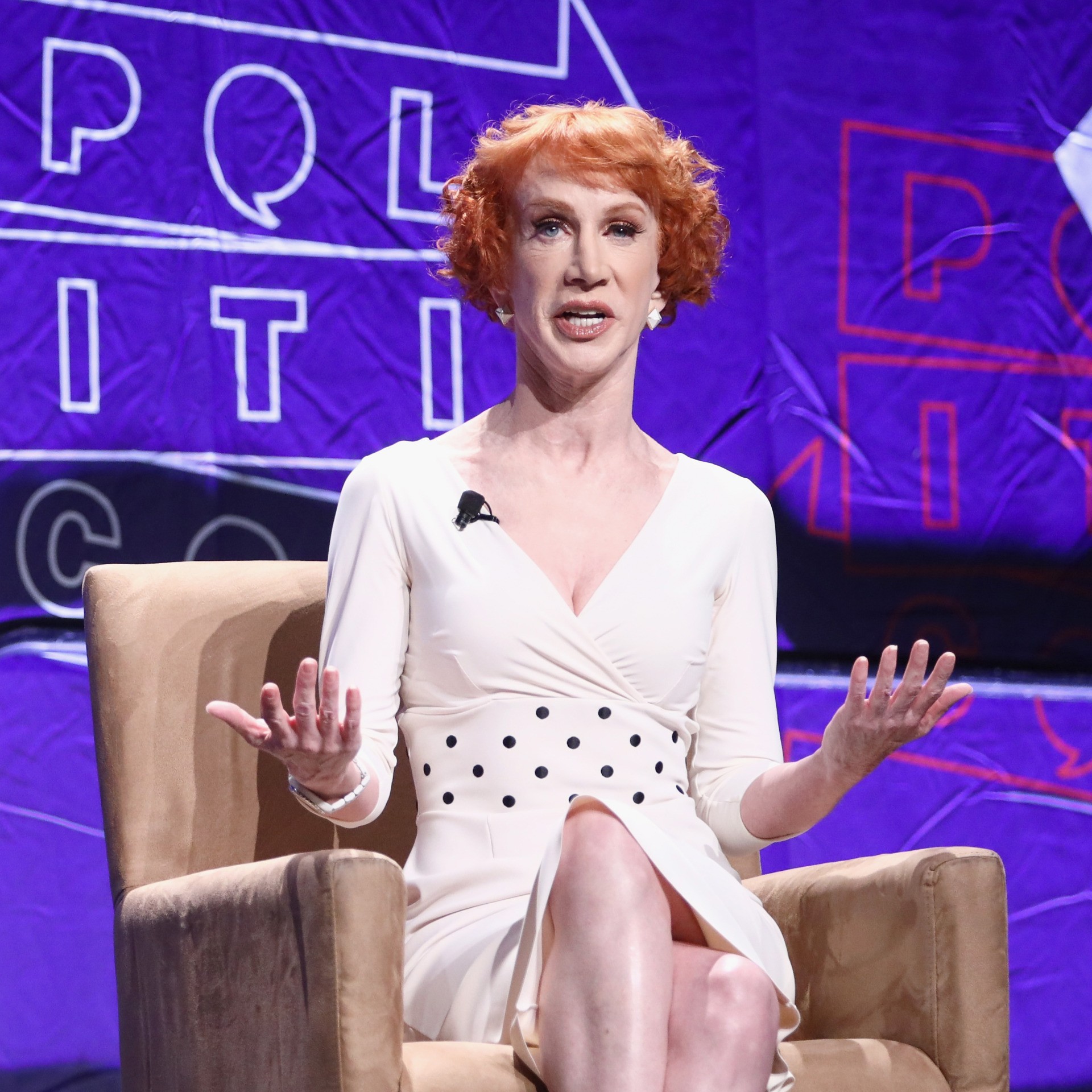 Griffin also revealed that she had taken “a bunch of pills,” telling the New York Times of an apparent suicide attempt that sent her to the hospital in June 2020.

“I wrote a note to Randy and then I took a bunch of pills, and I just thought I would go to sleep,” she said. “I really thought he’d be better off without me, that the world would be.”

good god this man is full of rage pic.twitter.com/SaNgNgwLY5

“Apples to apples,” she said, claiming that Cohen had made a political statement, just as she had.

Others might argue, however, that saying a politicians did a “crappy” job before adding, “sayonara, sucker” is different than posing with a bloody severed head of a sitting president.

Moreover, perhaps it’s not the patriarchy holding her back, but the reality that Griffin can be difficult to work with.

“​​I honestly never had a desire to make enemies,” Griffin insisted. “But I keep making enemies.”

Griffin also recalled a time in 2016, ten days before the New Year’s Eve show, when she contacted CNN president Jeff Zucker, telling him that she was doing more work than Anderson Cooper and wanted a raise. Zucker “got very offended,” she said.

“He started yelling at me and he literally said something like, ‘Who do you think you are calling here demanding a raise?’ And then something came over me. And I just lost it. I just started screaming. I’m Kathy [beep!] Griffin, Jeff, that’s who I am,” Griffin told the New York Times.

After that, Zucker fired her. But later, when Griffin called CNN president begging him to take her back, he rehired her, but with a 20 percent pay cut.