A registered charity with an £8.5million property portfolio in the UK, whose leaders have alleged links to al-Qaeda, Hamas and even the terrorists behind 9/11, has been revealed to exist solely to fund international Islamist organization, the Muslim Brotherhood. The trust owns 47 student flats in Leeds and the student rents have been unwittingly bankrolling political Islam in Europe for years. 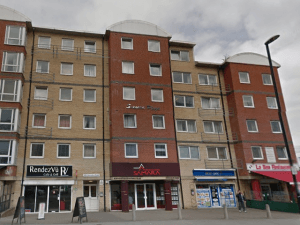 The Leicestershire-based Europe Trust, which was created in 1996 with the backing of Gulf donors, claims to be “a non-political, non-profit making and independent, charitable organisation” on its website, which seeks to “contribute to a harmonious society where equal opportunity and quality of life are a reality for everyone” by supporting “the advancement of the Islamic religion.”

However, it sends funds to the Federation of Islamic Organisations in Europe (FIOE), identified as the Brotherhood’s unofficial representative network on the Continent by experts; the Muslim Association of Britain (MAB), a member FIOE identified as “the Brotherhood’s representative in the UK” by a government minister in 2010, and a network of Arabic-language religious schools attended by one of Lee Rigby’s murders.

The activities of the trust and the unofficial network of Brotherhood-linked organisations it funds were exposed in an investigation by Andrew Norfolk in The Times.

Former head of the FIOE and MAB, who has therefore been one of the most senior Islamists in Europe, Dr. al-Rawi, is the current President and a former trustee of Europe Trust. The structural engineer, 67, was born in Iraq but came to the UK in 1975. He is a member of the European Council for Fatwa and Research (ECFR), funded by the FIOE which promotes it as the “chief religious authority for Muslims throughout Europe”. 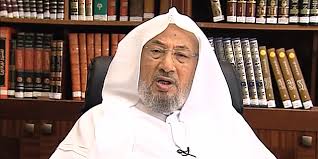 ECFR chairman, Yusuf al-Qaradawi (pictured above), regarded as the Brotherhood’s supreme religious authority, has praised Hitler for “put[ing the Jews] in their place” and has issued fatwas condoning suicide bombings, attacks on Israeli children, FGM, wife-beating, and stoning homosexuals to death.

Dr. al-Rawi told The Times he does not accept the word Islamist and denied being a member of the Brotherhood. When they asked if he supported the Brotherhood’s ideology, he said he was “a Muslim.”

The trustees of the registered charity listed by The Times have links to just about all of the most feared and violent terrorist organizations on the planet. They include:

A man who ran Lajnat al-Dawa al-Islamiya (LDI), a Kuwaiti organization banned by the UN because of links with al-Qaeda, whose Pakistan branch was headed up by the brother of the mastermind behind 9/11.

The Brotherhood operates as covertly as possible in Europe. It has no official organization, never uses its menacing official logo, and instead represents itself via a network of shady charities, think tanks, educational institutions and Muslim-interest groups.

Steven Merley, an American intelligence specialist with a decade of experience researching the Brotherhood, who assisted The Times with their investigation, said:

“Brotherhood-affiliated organisations in Europe have traditionally been heavily dependent on funding from Gulf sources. The money supply once seemed unlimited, but that’s changing and they needed to find a way to insulate themselves from potential funding problems in the future… To meet Islamic requirements they can’t get involved with interest-bearing assets, but property is seen as an Islamically compliant vehicle for building wealth. Britain is central to the Brotherhood’s European activities and Europe Trust’s role is significant.”

The Muslim Brotherhood’s overarching objective is to replace secular democratic government with an Islamic caliphate under sharia law; its motto declares: “the Koran is our constitution, jihad our way and death for the sake of Allah our highest hope.” It is the most influential organization in the 20th century revival of political Islam, whose founding member, Hassan al-Banna, said the “nature of Islam to impose its law on all nations and to extend its power to the entire planet.”

It is not banned in the UK, but is classed as an illegal terrorist organisation in Egypt, Russia and Saudi Arabia. In April 2014, David Cameron launched an investigation into the Brotherhood’s activities here and allegations of extremism.

The Times reports to have sent all the information they gathered regarding the Europe Trust to the Charity Commission. A spokeswoman told them it would be assessed “to establish whether it gives rise to regulatory concern”. No formal investigation has been launched.

(Despite its members supporting Hamas and the killing of Israeli civilians and British and American troops in Iraq, the Brotherhood publicly condemns acts of terrorism in non-Muslim countries and there is no suggestion that Europe Trust is funding terrorism.)