The University of Tennessee reports that Denver Broncos quarterback Peyton Manning has established a Chattanooga Heroes Fund to “support the families of those who lost their lives as well as those who were wounded in the tragic shootings on July 16.”

Manning was an initial donor to the fund, as was Senator Bob Corker (R-TN), who was once the mayor of Chattanooga.

“The Chattanooga Heroes Fund will provide a continuation of financial support to help the families and individuals directly affected by the shooting meet longer-term financial need. The Fund is intended to bridge the gap between shorter-term support and future challenges the families and/or individuals stand to face in the coming years,” reports UT Sports.

“Our family has enjoyed a long-standing relationship with the great city of Chattanooga, and it has a very special place in our hearts. But on July 16th, 2015, this strong, welcoming community was forever changed by the tragedy that unfolded,” said Manning. “The five servicemen who gave their lives, the police officer who risked his life in order to protect others, and the actions of many other first responders were truly heroic. We are proud to establish the Chattanooga Heroes Fund to honor these heroes by helping to provide for the future of their families.”

Manning also thanked Senator Corker for his support, and hoped “others can do what they can to recognize the noble actions of the servicemen who sacrificed and risked their own lives last week.”

The Chattanooga Heroes Fund is administered by the Community Foundation of Greater Chattanooga, which has an online donation form here. 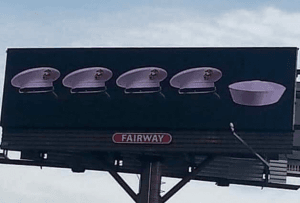 A Chattanooga billboard honoring the four Marines and Navy Petty Officer killed in the attack.