Middle class Americans are poorer today than they were in 1984.

As Slate reported on Thursday, an analysis by the Russel Sage Foundation finds that median household wealth in 2013 was 20% less than it was in 1984. 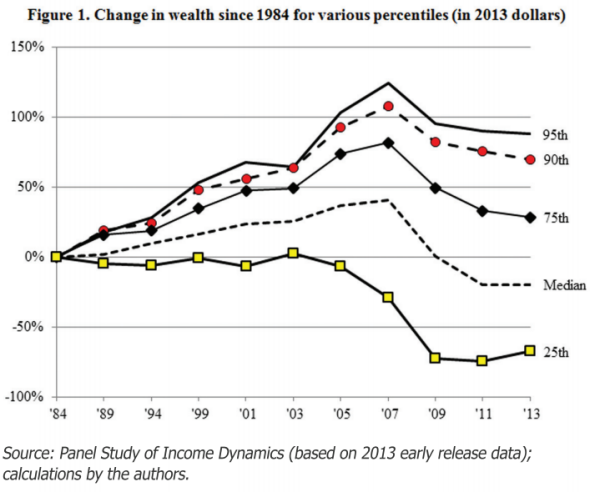