The DNC is throwing its next big Hollywood fundraiser over the weekend, and will feature President Barack Obama as a “special guest,” and a musical guest who has yet to be determined.

TMZ reports the high-end event will take place on Saturday, Oct. 10 at a private home in Pacific Palisades, Los Angeles, but an exact location will only be given out to attendees who pay the minimum $1,000 entry fee.

According to the site, actor/singer Jamie Foxx has been confirmed as the evening’s entertainer, and Obama will be “pressing the flesh and working the room.”

Foxx was criticized earlier this year for “butchering” the National Anthem on live television before the Mayweather-Pacquiao MMA fight in Las Vegas, Nevada.

The actor previously referred to Obama as “our Lord and Savior.”

General admission concert tickets for the Saturday event start at $1,000, but those wanting to indulge in a little photo op with Obama and sit near the stage are looking to spend $10,000.

Check out the invitation below, courtesy of TMZ. 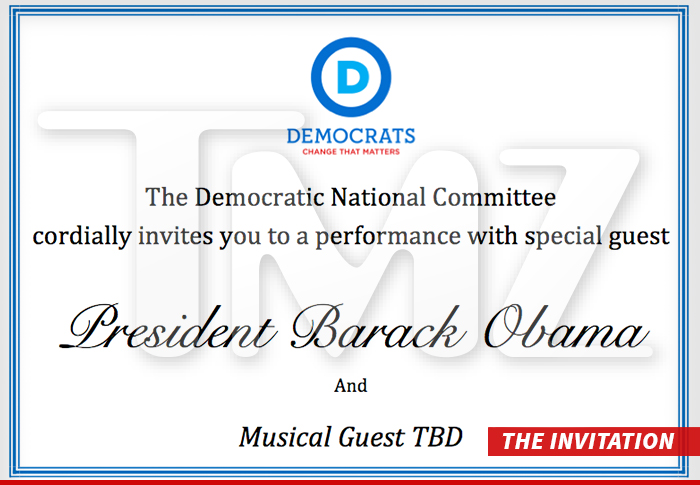