Vice President Mike Pence and his wife Karen traveled to the Vatican on Friday, visiting the pope on behalf of President Donald Trump.

The vice president was welcomed by U.S. Ambassador to the Vatican, Callista Gingrich and her husband Newt Gingrich, and spent time in a private audience with Pope Francis.

“I wanted to extend the warmest greetings on behalf of President Donald Trump who so enjoyed his visit here,” the vice president said to Pope Francis. “And he wanted me to send his regards.” 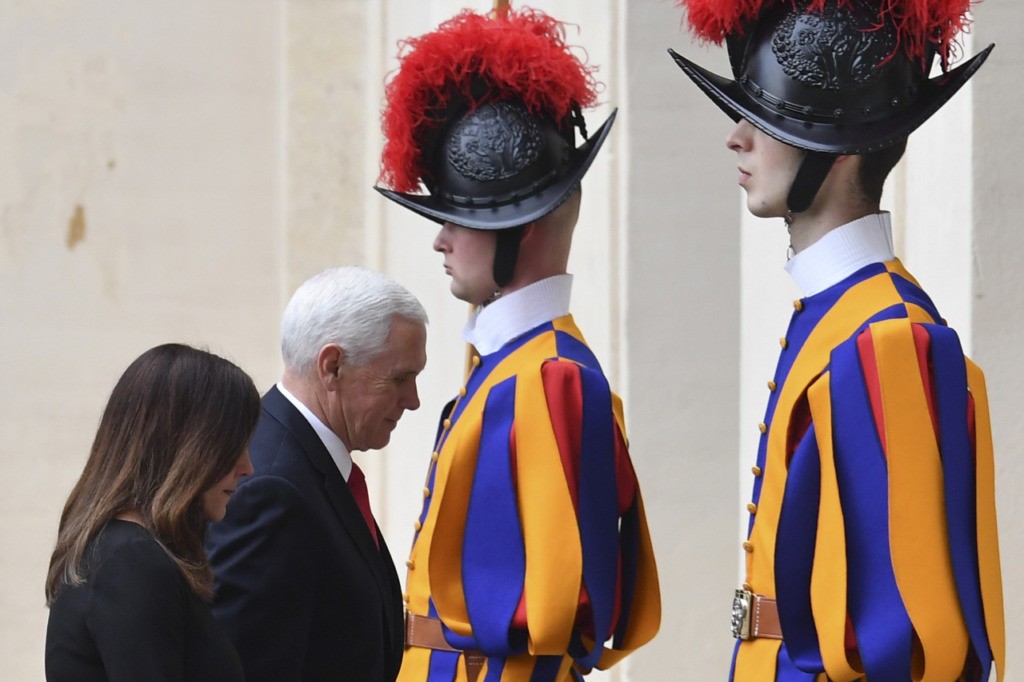 U.S. vice president Mike Pence and his wife Karen Pence arrive for his private meeting with Pope Francis on January 24, 2020 at San Damaso courtyard, in the Vatican. (ANDREAS SOLARO/AFP via Getty Images) 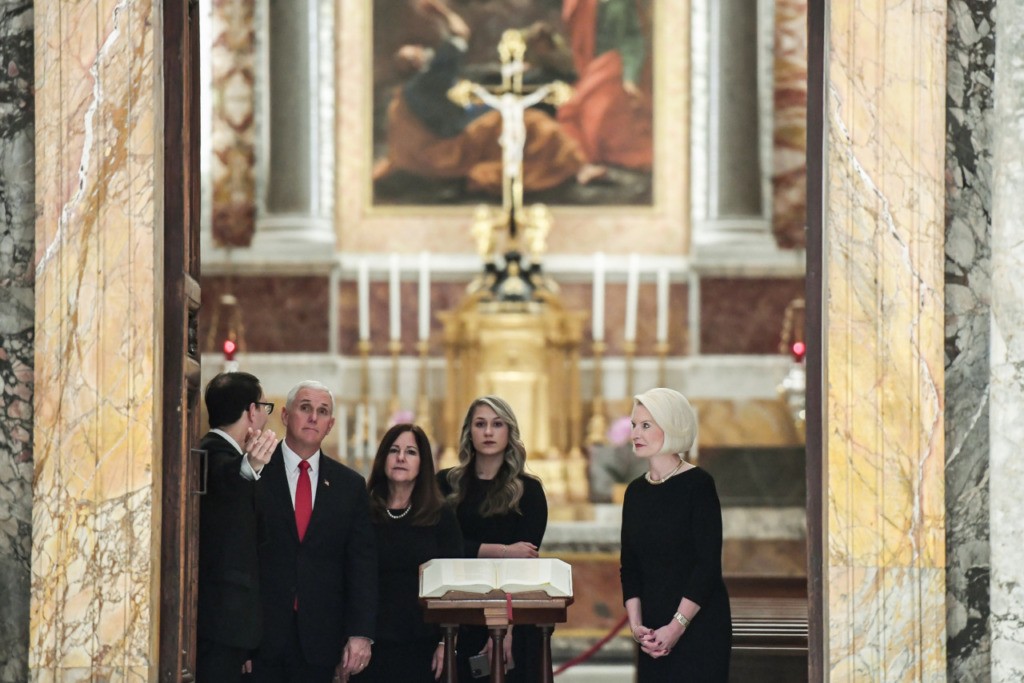 U.S. Vice President Mike Pence (2nd L) and his wife Karen Pence (C), visit the Sala Regia at the Apostolic Palace, after a meeting with Pope Francis, at the Vatican, on January 24, 2020. (ALESSANDRO DI MEO/POOL/AFP via Getty Images)

Pence gave the Pope a crucifix made with wood from a tree near the vice president’s residence.

Pope Francis gave some gifts as well in return, as well as a gift for his mother who is Catholic. (Pence was raised Roman Catholic, but became an Evangelical).

“You’ve made me a hero,” Pence said to the pope, referring to the gift for his mother.

According to the vice president’s office, Pence and the pope discussed the March for Life, the political situation in Venezuela, and religious minorities in the Middle East.