Judge Amy Coney Barrett told the Senate Judiciary Committee that she could not comment on pending cases before the Supreme Court in Obamacare or voter fraud because doing so would make her a “legal pundit.”

“I don’t think we want judges to be legal pundits,” she said.

Her statement came during the second day of her confirmation hearing to fill the Supreme Court seat vacated by the passing of Justice Ruth Bader Ginsburg last month.

Chief Justice Roberts pushed the Affordable Care Act beyond its plausible meaning to save the statute. He construed the penalty imposed on those without health insurance as a tax, which permitted him to sustain the statute as a valid exercise of the taxing power; had he treated the payment as the statute did—as a penalty—he would have had to invalidate the statute as lying beyond Congress’s commerce power.

She acknowledged that she believed Roberts had decided the case that way — but she also noted that Roberts had described his own reasoning in similar terms in a later case, King v. Burwell (2014), noting that the majority had adopted a “less natural reading” of the statute.

Feinstein continued to press Barrett for her view, given that the Supreme Court is about to hear a case on Obamacare. 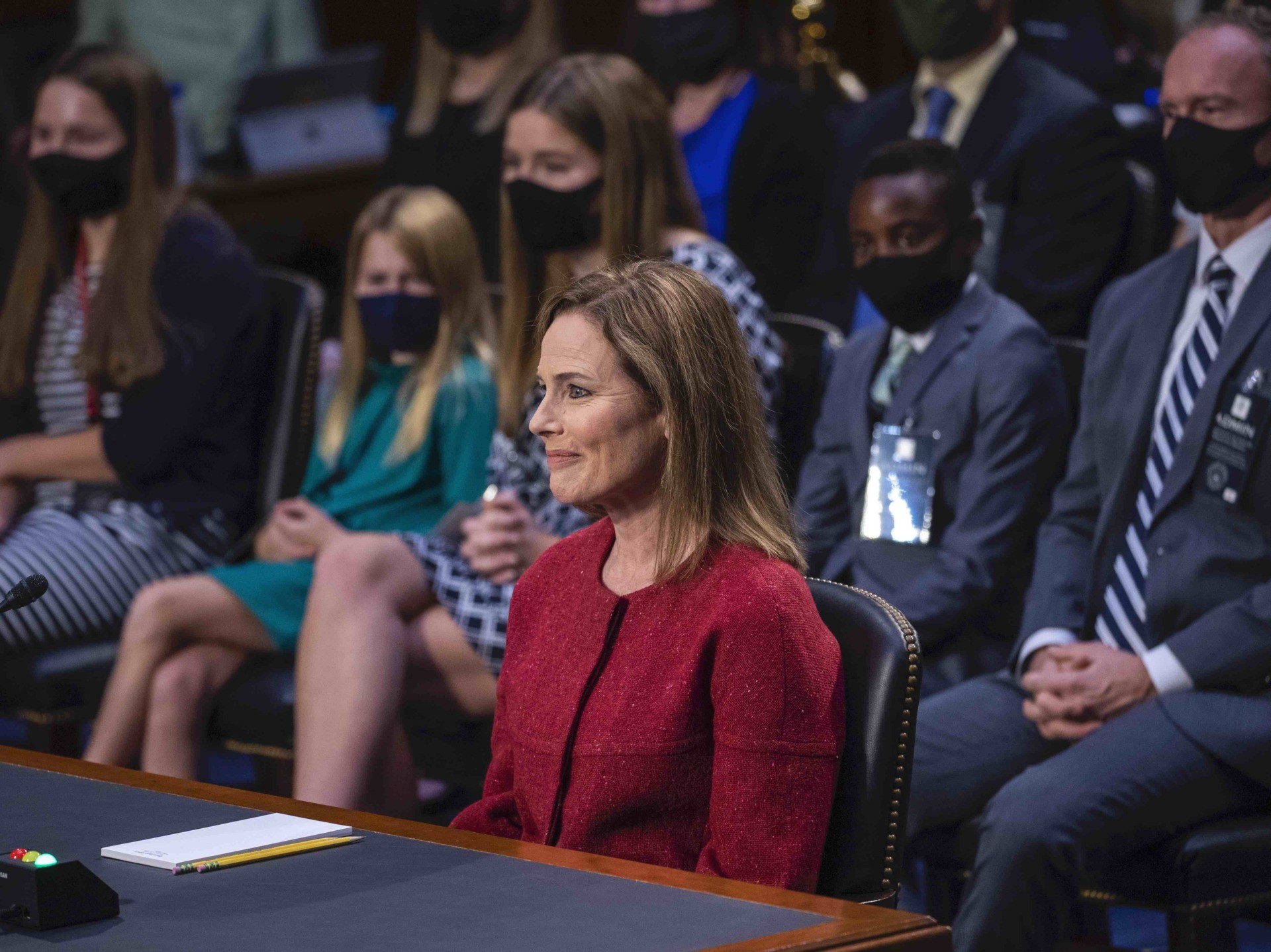 Barrett noted that the issue in the upcoming case, California v. Texas, was different than in that earlier case.

Specifically, she explained, the issue in California v. Texas was whether the individual mandate to buy health insurance was unconstitutional once the “tax” had been set at zero; and whether that part of Obamacare was “severable” from the statue as a whole, or whether the entire Affordable Care Act had to be overturned.

The issue in the new case is therefore “severability,” she noted.

“That’s not something that I have ever talked about with respect to the Affordable Care Act. Honestly — I haven’t written anything about severability that I know of, at all.”

Asked yet again by Feinstein for her thoughts on the subject, Barrett said that “the canons of judicial conduct would prohibit me from expressing a view” because the case is currently on the Supreme Court docket.

Feinstein then asked Barrett for her views about President Donald Trump’s claims about voter fraud in the upcoming election, and the possibility of delaying the election.

Barrett said that she would have to wait until there was an actual case before her, with actual litigants, arguments, and briefs.

“If I give off-the-cuff answers, then I would be basically a legal pundit.”

Later, Barrett said that she had never spoken about Obamacare or election cases with the president or his staff.