President Joe Biden pleaded with House Democrats on Thursday to come together and pass his agenda, warning the future of the party was at stake.

“I came for the buffet,” Biden joked after he entered the meeting on Capitol Hill on Thursday morning.

But the president grew serious as he outlined his updated domestic entitlement agenda of $1.75 trillion.

“I don’t think it’s hyperbole to say that the House and Senate majorities and my presidency will be determined by what happens in the next week,” he said according to reports from inside the meeting. 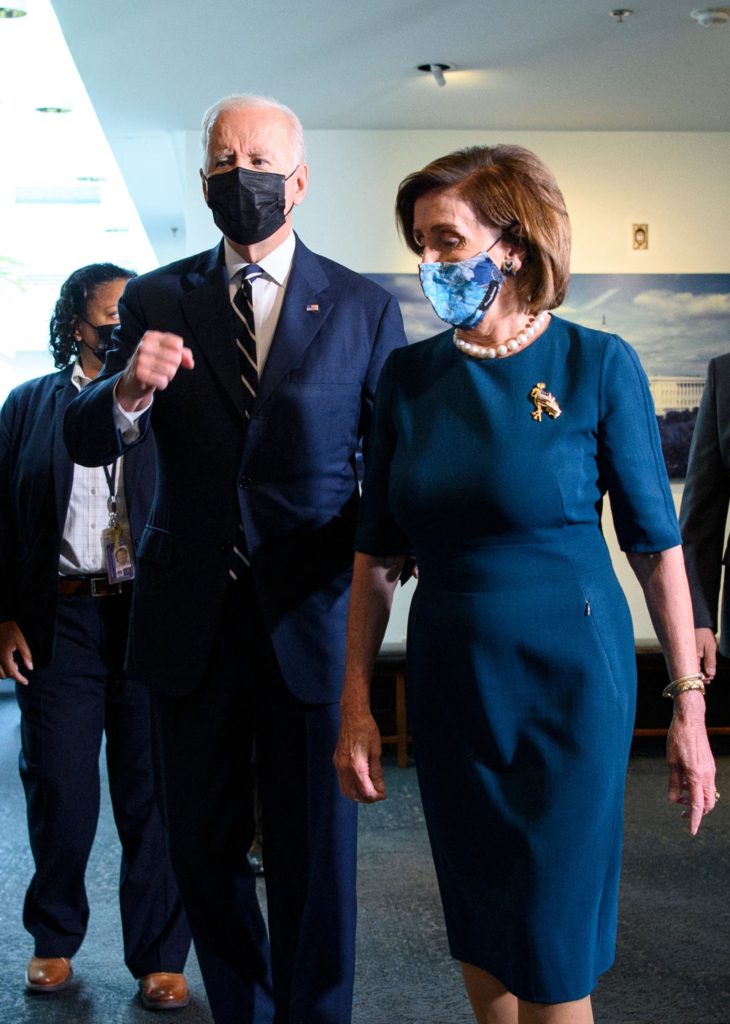 U.S. President Joe Biden and Speaker of the House Nancy Pelosi depart following a meeting with the Democratic caucus at the U.S. Capitol in Washington, DC, on October 28, 2021. (MANDEL NGAN/AFP via Getty Images)

House Speaker Nancy Pelosi pressed for Democrats to help pass the president’s infrastructure deal — even though legislative text for his entitlement agenda as not complete, a demand from House leftists.

“When the President gets off that plane we want him to have a vote of confidence from this Congress. … In order for us to have success, we must succeed today,” Pelosi said referring to the president leaving for Rome.

Pelosi is working to push a vote on the president’s infrastructure bill across the finish line on Thursday, despite ongoing refusal from House progressives to support it.

The president’s updated proposal asks for $400 billion on free childcare and preschool, $150 billion on elder care, $200 billion on the child tax credit and earned income tax credit, and $555 billion on climate change priorities and clean energy subsidies. Biden would also spend $130 billion on expanding Obamacare and $35 billion to add hearing coverage to Medicare.