A U.S. Border Patrol agent assigned to the Yuma Sector in southern California sustained minor injuries after being assaulted by people on the Mexican side of the boundary throwing large rocks.

The incident occurred on Saturday afternoon when an agent on patrol along the Mexico-California line observed two individuals approach the International Boundary. Shortly after making the sighting, the agent’s vehicle was bombarded with large rocks, information obtained by Breitbart Texas from U.S. Customs and Border Protection officials on Tuesday. 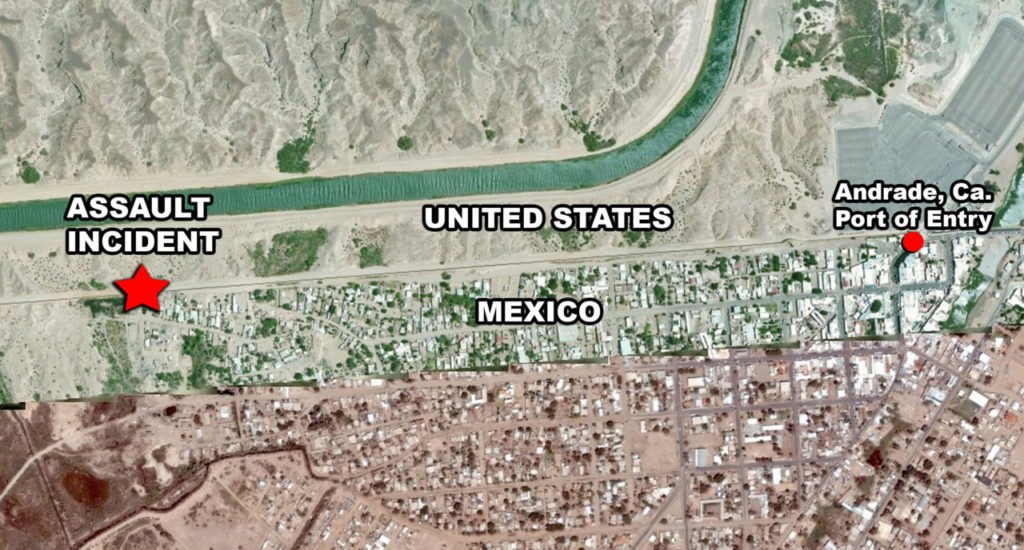 The windows of the vehicle were shattered. Fortunately, officials stated, the agent only received minor injuries.

“Although Yuma Sector is one of the most secured stretches of border, there are still inherent dangers to our job”, Yuma Sector Chief Patrol Agent Anthony Porvaznik said in a written statement. “It’s everyone’s job at Yuma Sector to insure the safety of our Agents each and every day. These actions by deviant individuals will not sway us from protecting the border.”

Assaults on Border Patrol agents are rising at an alarming rate. During the first three months of fiscal year 2017, a reported 201 agents were assaulted. This represents a shocking 148 percent increase over the same period in the prior fiscal year.

Breitbart Texas has reported extensively on agents being assaulted, particularly by large rocks that can cause serious bodily injury or even death. In April 2014, Breitbart Texas Managing Director and Editor in Chief Brandon Darby revealed graphic images of agents who were injured in such assaults. 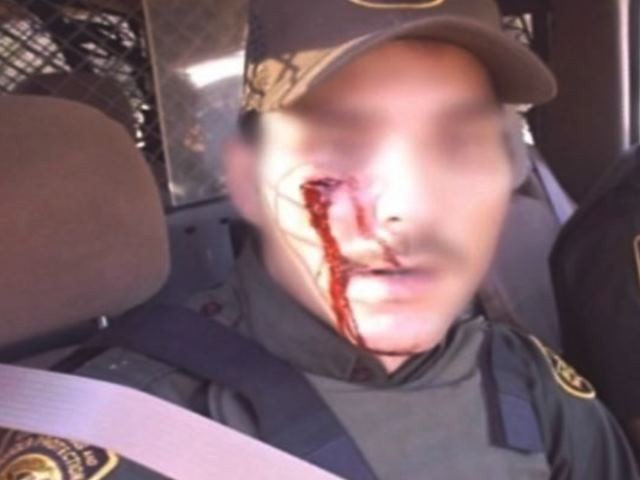 The reality being far from the false narrative of “kids throwing pebbles,” the life-threatening rock attacks against Border Patrol agents often occur in remote areas when a solitary Border Patrol agent may be up to a 90-minute drive from their nearest backup. The solitary Border Patrol agent’s radio often does not work due to insufficient communications infrastructure along the U.S./Mexico border–leaving the agent alone and unable to call for help. The attacks often come from illegal immigrants trafficking drugs or human beings, or from illegal immigrants trying to divert the attention and resources of the Border Patrol in an effort to assist drug and human traffickers. 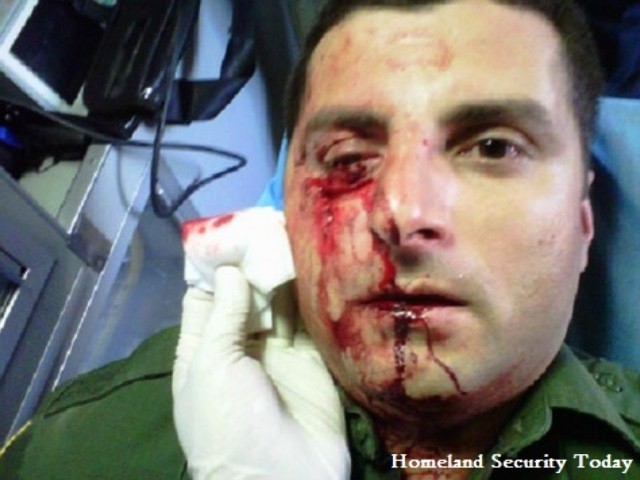 Breitbart Texas reported in November the shooting of a Border Patrol agent and a Texas Department of Public Safety trooper working together along the border. The trooper sustained a gunshot wound to the leg and had to be transported to a regional hospital. The Border Patrol agent was shot in the chest, but his ballistic armor saved him from serious injury.

In December, another agent was forced to discharge his service weapon in self-defense after being assaulted with his own steel baton. As the agent attempted to arrest one of the men, a struggle ensued. The suspect gained control of the agent’s collapsible steel baton. The agent drew his duty issued weapon and fired–striking the suspect once in his left thigh. The suspect was treated for a non-life threatening wound and turned over to prosecutors. 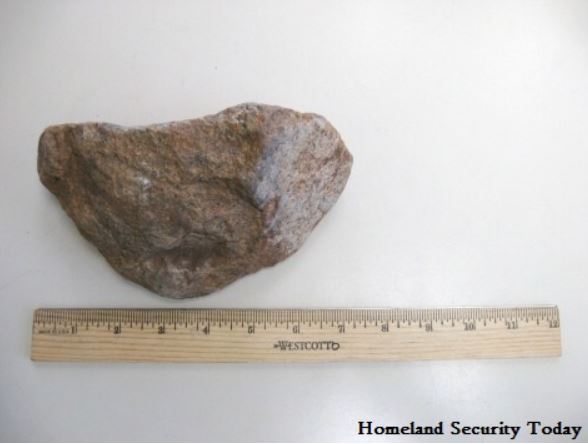 File photo illustrating size of rocks being thrown at agents. Many are even larger, including concrete blocks. (File Photo: Homeland Security Today)

Other agents working in the Rio Grande Valley Sector in south Texas were assaulted with rocks thrown from the Mexican side of the river as the agents were patrolling in their boat. No damage was done and the agents on-board were not injured, officials stated.

“An agent assigned to a mobile surveillance unit near Hereford Road heard several shots fired and observed two unknown individuals with a rifle at a distance,” CBP officials stated at the time. “An unoccupied Border Patrol vehicle next to the surveillance unit was struck by bullets. The agent was not injured and did not return fire.”

Late last week, Breitbart Texas’ Ildefonso Ortiz reported on the alarming trend of increased aggression by cartel smugglers toward Border Patrol agents. Ortiz reported the attack on February 3 when suspected cartel members on the Mexican side of the border opened fire on agents attempting to stop a fleeing vehicle suspected of hauling drugs. Fortunately, no agents were hurt during the shooting.

Editor’s Note: This article has been updated with additional information about previous assaults on agents.