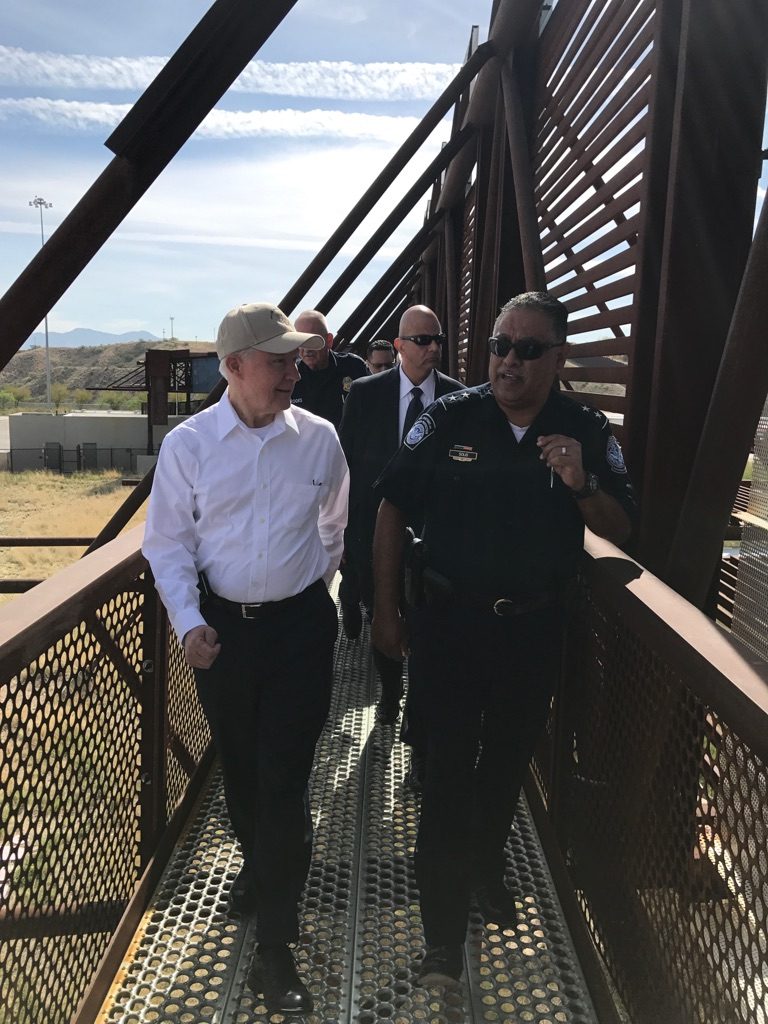 “The catch and release practices of old are over,” Sessions told a group of U.S. Customs and Border Protection personnel gathered in Nogales, Arizona. He assured these people tasked with enforcing the borders of the United States that the Department of Justice will have their backs, Breitbart News reported.

Sessions announced he released a memorandum for federal prosecutors ordering increased prosecutions of people who cross the border illegally, or those who are engaged in human smuggling. Acknowledging the decrease in border crossings since President Donald Trump took office in January, Sessions wrote that the DOJ must do its part in enforcing the law. “While dramatic progress has been made in recent months, much remains to be done,” the AG wrote. “It is critical that our work focus on criminal cases that will further reduce illegality.”

The DOJ tweeted some of Sessions remarks from the border.

Speaking to the CBP officers and Border Patrol agents, the AG said, “I am here to tell you, the brave men and women of Customs and Border Protection: we hear you and we have your back.”

“I am here to tell you, the brave men & women of @CustomsBorder Protection: we hear you & we have your back.”—Attorney General Sessions

“Together, we will drastically reduce the danger posed by criminal aliens, gang members, and cartel henchmen,” Sessions stated.

In a memorandum reported by KTAR news, Session stated, “As we speak, I am issuing a document to all federal prosecutors that mandates the prioritization of such enforcement.”

The memorandum calls for:

Session also announced the creation of a Border Security Coordinator responsible for:

Sessions said the goal of these initiatives is to deter first-time improper entrants.

“For those that continue to seek improper and illegal entry into this country, be forewarned: This is a new era. This is the Trump era,” Sessions concluded.