Monica Lewinsky and Juanita Broaddrick are starring in the new A&E documentary series The Impeachment of Bill Clinton.

Lewinsky and Broaddrick will be featured in the series which will tell the story of former President Bill Clinton’s impeachment. Deadline reports that the series will have six episodes and will “weave together never-seen-before archival footage with exclusive new interviews, of which Lewinsky’s appearance is the most high-profile.” 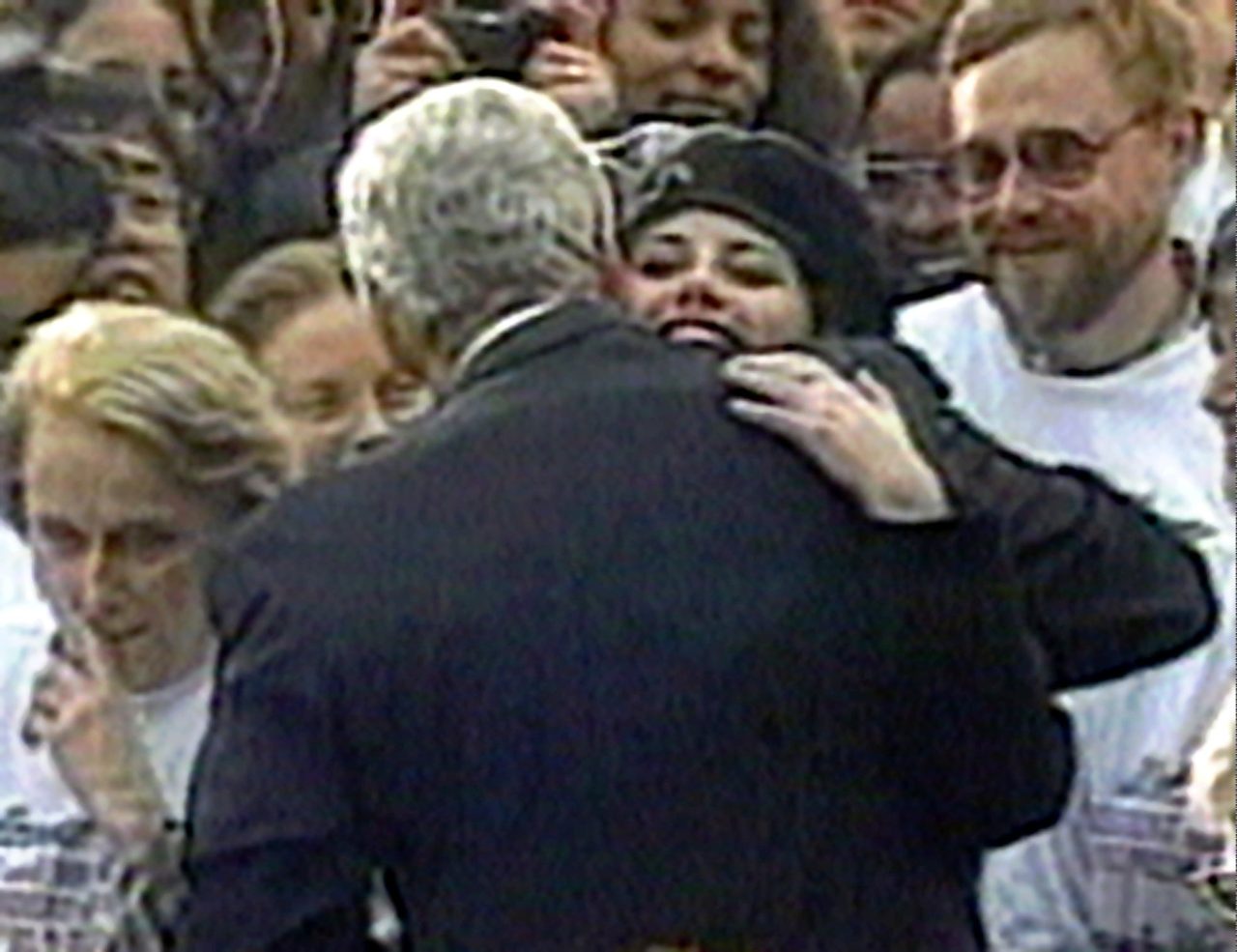 In this Nov. 6, 1996 file image taken from video, Monica Lewinsky embraces President Clinton as he greeted well-wishers at a White House lawn party in Washington Nov. 6, 1996. The long-running drama of Hillary Clinton’s marriage _ her husband’s infidelity and how she dealt with it _ is back as a subtext in this year’s presidential race. (AP Photo/APTV)

Juanita Broaddrick has long accused Clinton of rape. In 2016, she told Breitbart News about the alleged assault saying, “I tried to push him away. And I only weighed about 120 pounds at that time. He was a very large man. And I kept telling him, ‘No. I don’t want this at all.'”

“And he grabbed me again, very forcefully,” she continued, “And started biting on my top lip. And this was extremely painful. I thought he was going to bite my lip off. And that’s when he pushed me back onto the bed.”

She also said, “I was completely dressed. I had a skirt and a blouse. He tore the waist of my skirt. And then he ripped my pantyhose. And he raped me. It was very vicious. I was just pinned down… I did not know what to do. I was so frightened. I was only 35 at the time. And it was horrible. I just wanted it to be over with. So he would go away.”

Trump invited Juanita Broaddrick and Kathleen Willey, who also has accused Bill Clinton of sexual assault, to the second presidential debate with Hillary Clinton in 2016.

According to The Hollywood Reporter, Monica Lewinsky did not shy away from sharing her feelings about the events surrounding her affair with Clinton after spending years doggedly avoiding the spotlight.

“Lewinsky speaks frankly about betrayal (her friend Linda Tripp secretly recorded their conversations), of being in love with Clinton (she details how they would arrange to meet with the help of Clinton’s personal secretary, Betty Currie) and that fateful tryst during which she was wearing the blue Gap dress. She went out to dinner that night with friends, she recalls in the film, and no one commented that she had ‘stuff’ all over her dress.”

Lewinsky recently made headlines for walking off stage when she was asked about Bill Clinton during an appearance in Israel.