A poll shows that President Donald Trump’s approval rating has spiked since April 27 — prompting the Reuters/Ipsos polling team to quarantine their data.

“Every series of polls has the occasional outlier and in our opinion this is one,” the pollster announced. “So, while we are reporting the findings in the interest of transparency, we will not be announcing the start of a new trend until we have more data to validate this pattern.” 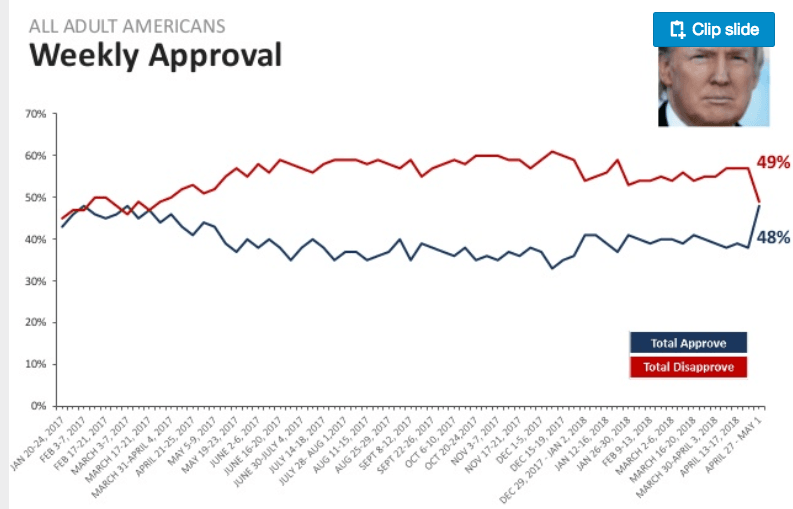 Ipsos runs many high-quality polls, so the sudden jump is an unexplained surprise. 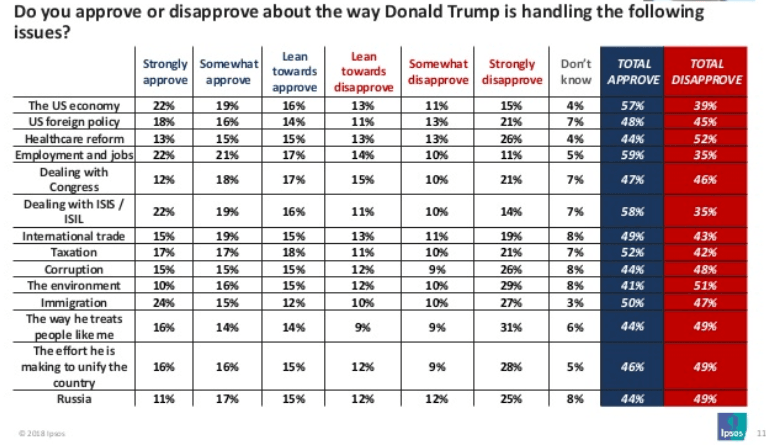 The large percentage who report “lean towards disapprove”  on the issues is significant. It may be good for Trump because it shows that roughly one-in-five people in the Democratic coalition is not strongly opposed to Trump’s policies. Similarly, the “don’t know” average of roughly 7 percent in the second chart is much higher than the “not sure” numbers in the first chart, which may signal some hidden support for Trump.

Pollsters periodically get quirky results from careful polling, so Ipsos can’t be blamed for being cautious about this spike in apparent support for the President. The next set of Ipsos polls will show if the spike is a new normal or if it was just a statistical anomaly. Such outliers are inevitable when pollsters take many polls.

Most pronounced is President Trump’s approval rating which currently sits at 48% with all Americans. His number with registered voters is essentially the same at 49%. Corresponding with Trump’s stronger approval rating, evaluations of his job performance across the board are stronger this week from 57% approving of his handling of the economy to 44% approving of the way he treats people like them. On the generic congressional ballot, our current poll shows a +5-point advantage for Democrats, the smallest lead we’ve seen in recent weeks.