WASHINGTON, DC — People come from around the nation and across the globe to lobby members of the U.S. Congress and the president to support their causes, but one room in the Hart Senate Office Building on Wednesday resembled a mix of a church service and a plea for help to stop the horrific persecution of Christians and other religious minorities in the Islamic Republic of Iran.

Pastors, lawmakers, and survivors of incarceration in the infamous Evin Prison took turns at the podium telling stories of fear, isolation, torture, and even death. But a message of hope prevailed as people testified that despite their mistreatment and because of their faith, they felt God was in control, and they laid claim to a future where freedom to worship as a universal right would be possible.

“The ultimate freedom for the human species is the freedom to be able to have a relationship with God almighty under the terms and conditions that they choose,” Rep. Bill Johnson (R-OH) said at the International Christian Concern’s Capitol Hill Policy Day event.

Maryam Rostampour and Marziyeh Amirizadeh also attended the event. The two women were born and raised in Iran and said that, as school girls, they were forced to study the Quran, wear prescribed clothing, and routinely chant “death to America” and “death to Israel.”

The two became Christians and met at a Christian conference in Turkey. When they returned to Iran, they were determined to share the Gospel of Jesus Christ with friends, neighbors, and strangers. Before they were arrested for spreading Christian propaganda in 2009, they distributed some 20,000 New Testaments.

And even when they were imprisoned and forced to live in small cells, sleeping under urine-covered blankets and facing daily threats that their sentence to be executed by hanging could happen any day, the two women found hope and purpose.

They said many other cellmates were women without families, prostitutes, and others who had no support from the outside world. 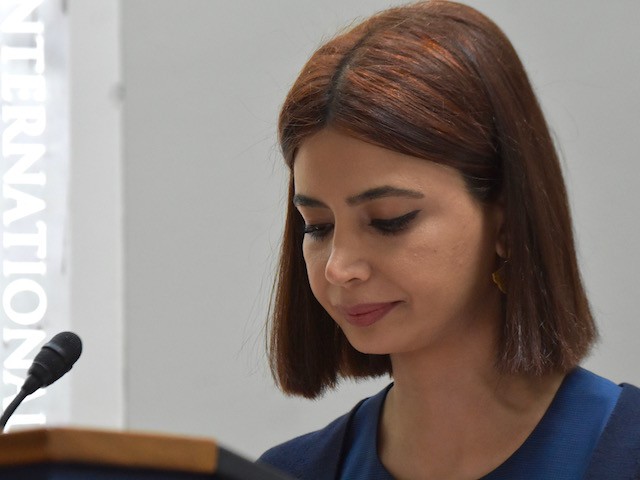 Maryam Rostampour stopped during her remarks at the International Christian Concern event in D.C. to compose herself when recalling how a cellmate she was jailed with in Iran was executed by hanging. (Penny Starr/Breitbart News)

“It was then that we realized God had a purpose for sending us to the dark place,” Rostampour said. “So instead of praying for our release, we started to pray for those women in prison.”

“What the enemy meant for evil, God turned to good,” Rostampour said.

“Today, we give all the glory to Jesus who saved us from the Iranian government,” Amirizadeh said. “We believe we are free and alive today because of Jesus’s power and his miracle.”

Their reputation for helping others led to word of the women’s plight, which spread far beyond the prison walls to the United States, Amnesty International, the United Nations, and Pope Benedict XVI, all of whom pressured the Iranian government to release them. After 259 days of captivity, they were released.

They eventually left for Turkey and were chosen to come to the United States as refugees.

Rostampour and Amirizadeh have been in the United States for more than a decade, but have not stopped trying to help their fellow Iranians, who face ruthless treatment under the Khomeini regime. They wrote a book about their experiences and came to Washington, DC, to tell lawmakers to keep the pressure on the government to stop persecuting Christians, people of the Baha’i faith, and other religious minorities.

Amirizadeh said she opposed the Trump administration restricting immigration to the U.S. from a half dozen Muslim-majority countries with ties to terrorism, including Iran.

“Our prayer is that, instead of banning ordinary people, including persecuted Christians, from entering the United States, the U.S. policymakers put more pressure on the Iranian government authorities and their families who freely live in democratic countries such as the United States and Canada,” Amirizadeh said.

Sen. Ted Cruz (R-TX) also hosted the event, stating that dissidents like Rostampour and Amirizadeh, Liu Xiaobo in China, and Andrew Sakharov in Russia are who can change the world. 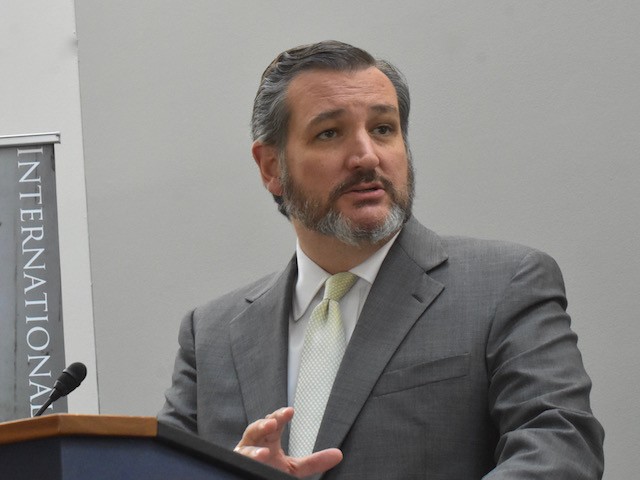 “Few things are more powerful than highlighting the stories of dissidents, of those who are persecuted,” Cruz said. “I’ve gone to the Senate floor to highlight dissidents standing up to tyranny, standing up to oppression.”

“Because simply shining the light and telling their stories causes tyrants to fear repercussions,” Cruz said.

Cruz said President Ronald Reagan inspired him by renaming a street in front of the Russian embassy in D.C. after Sakharov, an anti-Soviet dissident.

“Pause and reflect the power of that,” Cruz said. “That every time someone wants to write to the embassy they have to write the name of the dissident.”

Cruz said he proposed the same kind of legislation to rename the plaza where the Chinese embassy in D.C. is located after Liu Xiaobo, the Chinese Nobel Peace Prize winner who died under mysterious circumstances in Communist Party custody in 2017. The bill passed the Senate unanimously, but the House never took it up.

Cruz said that, early in the Trump administration, he met with then-Secretary of State Rex Tillerson, who said the Chinese had taken note of the renaming legislation.

“The secretary of state indicated that concern over Liu Xiaobo Plaza … over that legislation passing was at the very top of China’s concerns,” Cruz said. “Not too many months later, Liu Xia was released.”

“Dissidents have real power,” Cruz said. “By daring to challenge authoritarianism and tyranny, they inspire others to speak out as well.”

Speakers at the event shared statistics about the extent of Christian persecution around the world, including the Christian World Watch Monitor report that said in 2016 some 193 Christians were arrested in Iran because of their religious affiliation.

Open Doors USA reported that one in nine Christians worldwide experience high levels of persecution and that, in eight of the top ten countries where Christians experience severe persecution, the oppression is directly connected to Islamic oppression.

“Here in America, we have a responsibility to stand with Christians all over the world,” Johnson said. “And to do whatever we can to keep them out of harm’s way.”

“And to give them an opportunity to experience the same kind of freedom that we have here in America,” Johnson said.

In Iran, despite the persecution, the Christian faith is not being driven out, according to Hormoz Shariat, president of Iran Alive Ministries. Shariat converted from Islam to Christianity in the 1980s and has spent decades helping his fellow Christians in Iran.

“In Iran, the norm is if somebody comes to Christ, most likely the family members also come to Christ,” Shariat said. “Because Christianity has a very positive image in Iran. More positive than Islam. Can you believe it?”

Iranians think Christianity is more positive and that its faith is more respected than Islam’s, Shariat claimed, which is causing more and more conversions.

“Iran has the fastest growing evangelical population in the world,” Shariat said. “Muslims by the millions are rejecting Islam, and they are open to the message of the Gospel.”