The video Snapchats show a message reading “AT PULSE TONIGHT COME THRU ORLANDO” with clips of performers and club goers dancing, but then the video cuts to a man fleeing the club.

“Hey guys, so someone just shot up the club I was at, and there’s still gunfire. I’m fucking running,” the man says. The video is timestamped at 2:05 AM. The next video message shows police cars parked outside Pulse with their lights flashing.

A subsequent Snapchat video shows him saying, “So we can’t go anywhere. Everything is under lockdown for the perimeter.”

Another video taken by Andy Badolato, founder and chief executive officer of the USA Exchange and Breitbart News contributor, scans the scene outside the club.

Elizabeth, a woman who went to Pulse that night and who received the Snapchat videos from the escaping club-goer, left Pulse at 1:45 am Sunday night just as gunshots rang out.

“I don’t really have family, I just have friends, and I don’t know what friends are living or dead, and it’s so terrible,” she told Breitbart News.

“I left my home around 10:50 [PM] so I could get in the club no charge,” she said, adding she goes every week and has been going to Pulse for three years. “And yesterday as I was coming in, I saw the vibe was good,” she said, and the club was packed. “Everybody was drinking and having a good time.”

“Every time I go there all I see is happy people enjoying their time and loving each other, and just being them,” she said. “And at the end of the night as I was walking out at 1:45, I was getting in the car and we heard gunshots. And we just left because it was scary!”

“So we just drove out and rolled out, and within two or three minutes there were cops coming everywhere. I didn’t know if it was an accident, or the gunshots I heard… So I just went home and went to sleep, and now I see all the news, and the Facebook, and all of my friends,” she said, adding that she was getting frantic calls asking if she was safe.

Another woman, Aixa, who also spoke to Breitbart News and also did not want her identity revealed or to be filmed on camera, said she just moved out of New York City to escape violence and crime, and she just narrowly missed the shooting.

The group couldn’t stay long since one of them had to be at work at 3:00 AM that morning, she said: “If she didn’t have to go to work, we probably would have been there.”

“We literally just missed the attack,” she added.

Cop cars began speeding past, and Aixa, the designated driver for the night, drove carefully as they rushed to the club. She took her friend to her house to let her get ready for work, dropped her off at her job, and came home to her partner.

“When I woke up this morning, my partner, I’ve been with her for ten years, and she was blowing me up like, ‘Where were you last night?'” Aixa explained she was out with her partner’s cousin, but her partner demanded to know if she was at the Pulse nightclub. “Why are you screaming at me like this?” Aixa wondered. “She’s like: Did you know there was a freaking massive shooting? And are you okay? Did you just miss it or were you there? And I’m like, I was in total disbelief.”

“I just moved here. I just moved to Orlando a year ago, and I left New York for a lot of reasons, [it] being dangerous, and the economy — everything over there was just horrible, and I just came over here, and now we have to deal with this,” she said. “It’s scary as hell, and I don’t even know where to put myself. I don’t know where to begin.”

“I don’t know if I should be happy that I’m okay,” she said in a shaking voice. “It’s just too fucking much. There are families right now mourning the loss of their fucking children. These are people who don’t bother nobody. These are people who are going through diversity issues. They’re going through their own sexualities. They’re finding themselves. They’re good people, and we’re not fucking monsters. We’re fucking good people.”

Badolato took a series of photos at the scene. 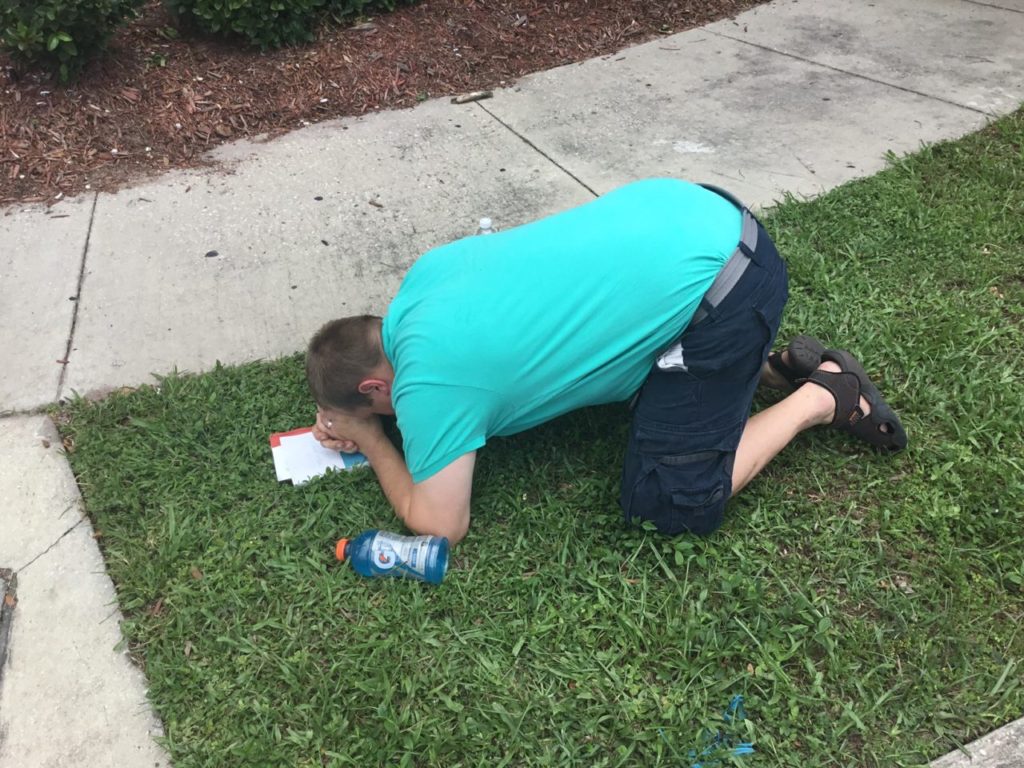 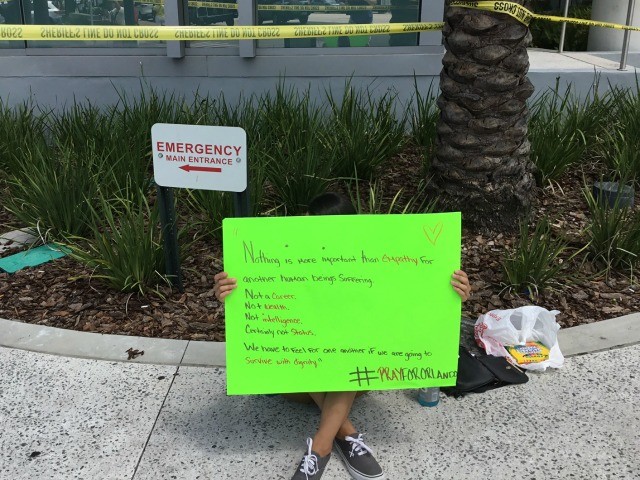 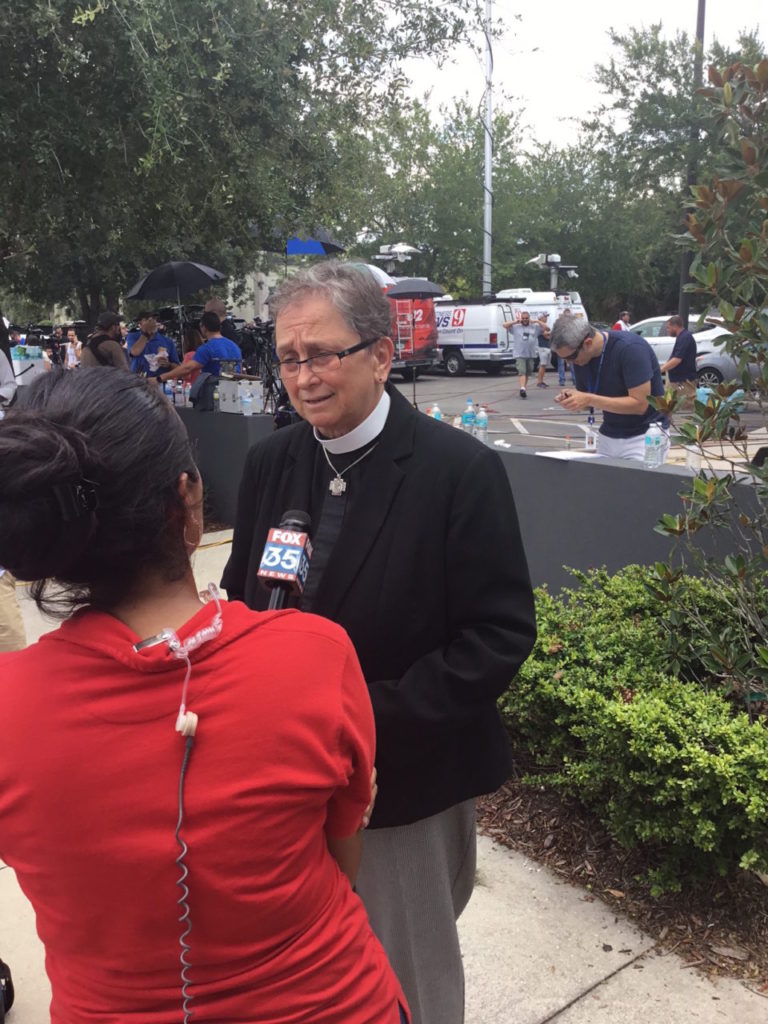 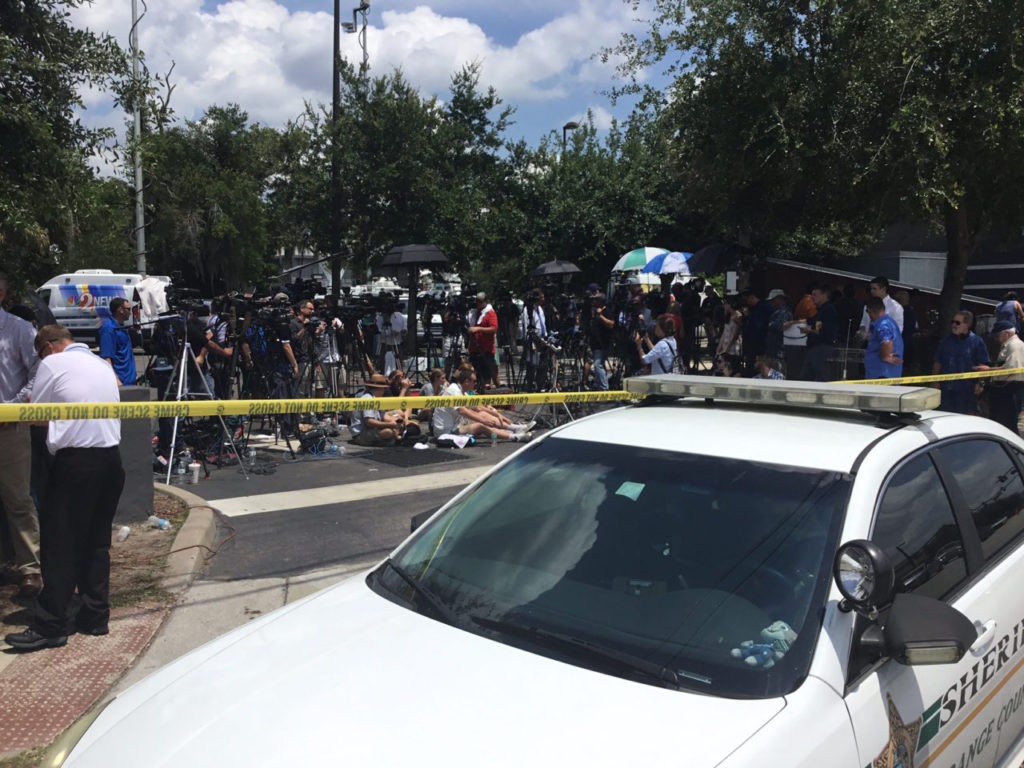 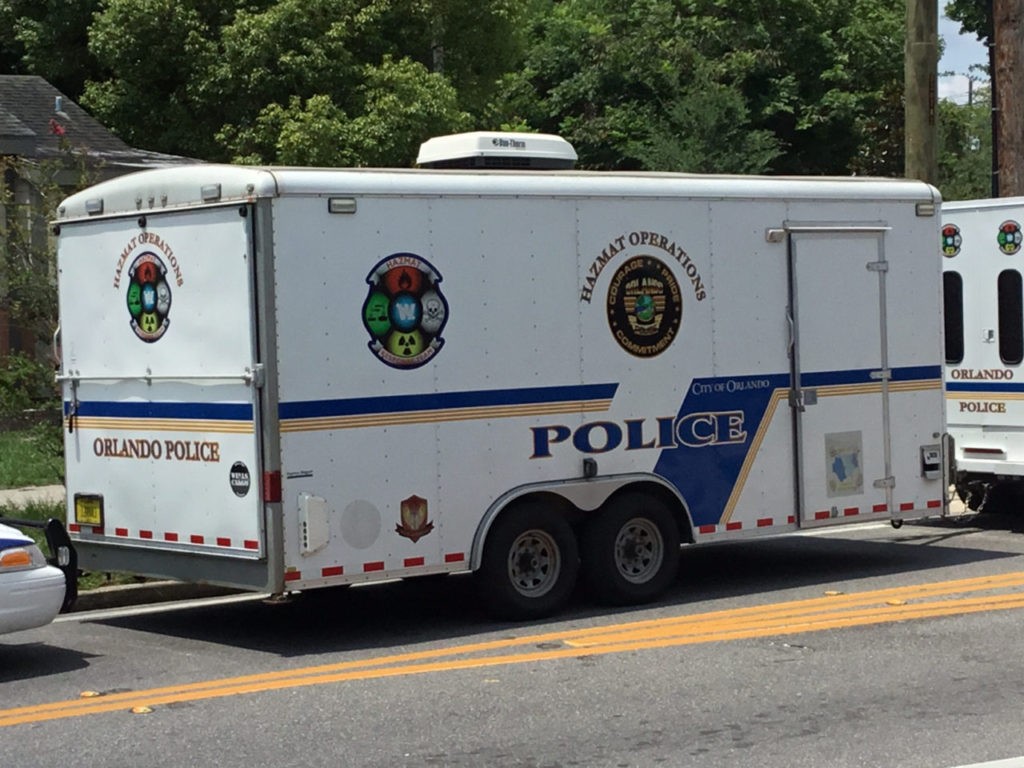 The terror attack was the single deadliest shooting in U.S. history, and the Islamic State took responsibility for the slaughter.