President Joe Biden’s approval continued to slide Friday as he received the lowest numbers from a Reuters/Ipsos poll amid growing criticism focused on his Chinese coronavirus pandemic response and botched Afghanistan withdrawal.

The poll, which was conducted nationally this week and collected responses from more Democrats than Republicans, revealed just 44 percent of adults in the United States approve of Biden’s performance in office.

The poll noted the president’s popularity has slowly been declining since mid-August when he botched the withdrawal from Afghanistan, resulting in the death of 13 U.S. servicemembers and the Afghan government collapsing. 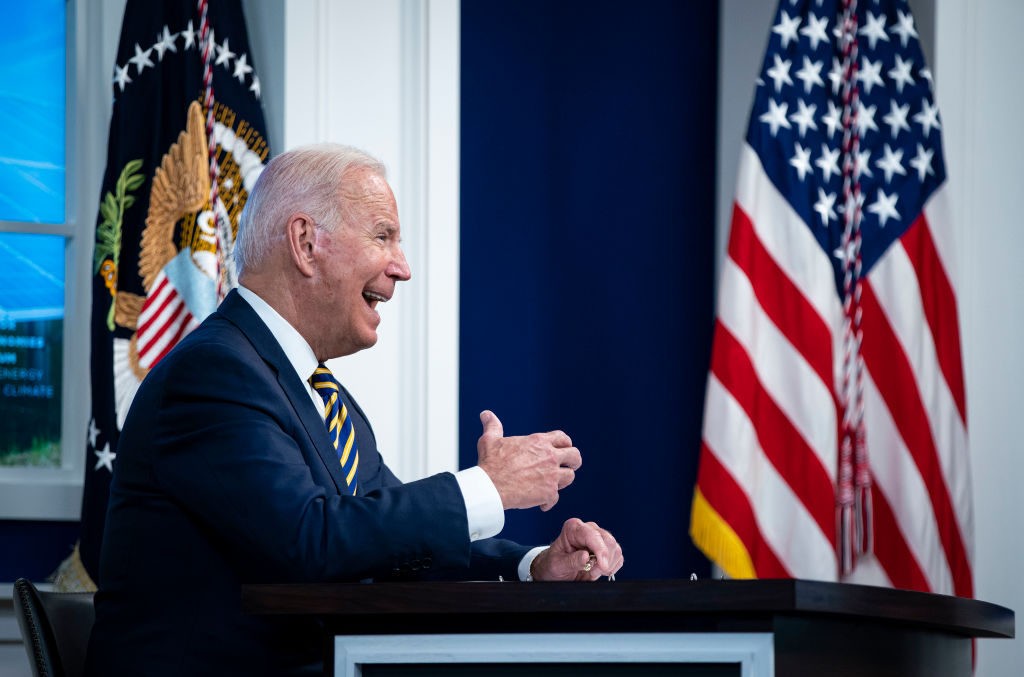 U.S. President Joe Biden speaks during a conference call on climate change with the Major Economies Forum on Energy and Climate in the South Court Auditorium in the Eisenhower Executive Office Building on September 17, 2021 in Washington, DC. (Al Drago/Getty Images)

Biden’s response to the Chinese coronavirus pandemic also dropped below 50 percent for the first time in his presidency. Only about 48 percent approved Biden’s Chinese coronavirus-related policies, compared to the 46 percent who disapproved of the policies.

The Reuters/Ipsos poll was conducted online between September 15 and 16 through the United States.

There were 1,005 adults respondents who were weighted more towards the Democrat’s side, with 442 Democrats and 360 Republicans. The poll’s margin of error was four percentage points.