A terrorist who lops off heads once wearing a Pirates cap atop his head prompted Pittsburgh’s baseball team to release a statement disassociating itself from Jihadi John.

“The classic gold P stands for Pittsburgh and is worn by our players, coaches and fans with a great sense of pride,” the team said on its website. “It is absolutely sickening to everyone within the Pirates organization, and to our great fans, to see this murderer wearing a Pirates cap in this old photo.”

Investigators identified the terrorist earlier this week as Mohammed Emwazi, a middle-class Londoner who appears in a photo wearing a black Pittsburgh Pirates cap with a yellow “P” during his time at the University of Westminster. His captives and the Western media initially dubbed the ISIS terrorist “Beatle John” and “Jihadi John” because of his British accent. Unlike the Pirates, Yoko Ono—or Paul or Ringo, for that matter—didn’t feel compelled to issue a statement denying that “Strawberry Fields Forever” listens as a call to jihad when played backwards at 78 rpm with the treble at maximum.

While Western governments struggle to solve their Jihadi John problem, the Pittsburgh Pirates could quite easily fix its Jihadi John issue if the team would only consult Fleer, Donruss, and Topps. The answer sits atop Kent Tekulve, John Candelaria, and Ed Ott’s heads: bring back the painter’s cap, preferably the “sickening” yellow one. 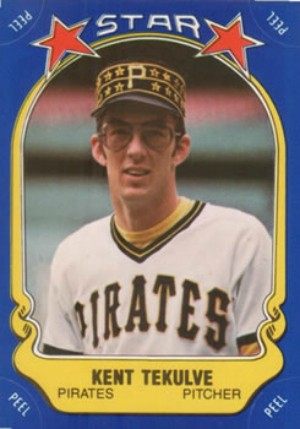