No Child Left Behind Reauthorization bill

Jeb Bush said during the New Hampshire GOP debate the United States should “get back to being a Tenth Amendment country,” one that “respects the states to be able to make more decisions,” including in the area of education. 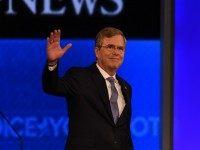 In his final State of the Union address Tuesday evening, President Barack Obama counted the recent reform of No Child Left Behind (NCLB) and the law’s new pre-school provision as hallmarks of his tenure as president, and he said he will continue to fight for universal pre-K and free community college. 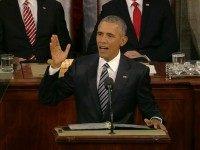 The former assistant Secretary for Communications to U.S. Education Secretary Arne Duncan writes that Sen. Lamar Alexander’s enthusiasm for his “bipartisan” education bill – one that supposedly prohibits the federal government from mandating the Common Core standards – is “shamefully misleading.” 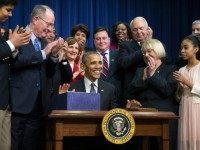 Flanked by Senate education committee chairman Sen. Lamar Alexander and ranking member Sen. Patty Murray, President Barack Obama signed into law on Thursday the Every Student Succeeds Act (ESSA), the latest version of the Elementary and Secondary Education Act (ESEA) that was enacted in 1965 by President Lyndon B. Johnson.

Senate Passes Legislation To Replace No Child Left Behind

The U.S. Senate approved the conference legislation known as the Every Student Succeeds Act (ESSA), a measure that – once signed into law by President Obama – will replace the No Child Left Behind (NCLB) federal law and will serve as the latest iteration of the Elementary and Secondary Education Act (ESEA). 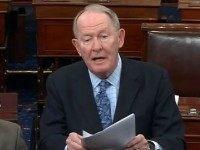 Sen. Patty Murray is crowing about one of her crowning achievements in the federal Every Student Succeeds Act (ESSA) legislation: a newly codified federal preschool program and the taxpayer monies that will fund it. 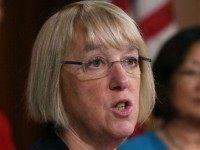 Republican presidential candidate Sen. Marco Rubio missed a Senate vote that advanced the Every Student Succeeds Act (ESSA), a conference bill that is poised to replace the federal No Child Left Behind (NCLB) law. 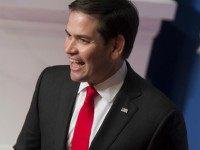 Senate Poised To Pass NCLB Rewrite, Alexander and Murray Congratulate Each Other on ‘Bipartisanship’

Alexander, who chairs the Senate committee that oversees education, and ranking member Sen. Patty Murray, congratulated each other numerous times on the floor of the Senate for completing the 1,061-page “bipartisan” conference legislation, much of which was apparently crafted behind closed doors and passed by the House last week after having been published for review only two days earlier.

During floor speeches, Republican lawmakers claimed the bill “reduces the federal role” in education – even though it extends federal oversight of education to formally include pre-school instead of only grades K-12. They also say the measure would stop the federal government from coercing states to implement the Common Core standards – a point that is hotly debated by conservative activists who say the bill actually cements the Common Core further. 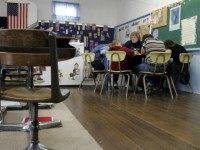 Sen. Lamar Alexander’s final draft of the No Child Left Behind (NCLB) reauthorization bill is a 1,059-page piece of legislation that House and Senate education committees decided upon after several months of backroom deals and only two days of open “conference.” 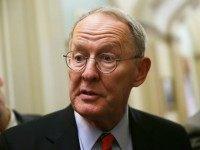 The No Child Left Behind (NCLB) reauthorization bill was approved by a conference committee – by a vote of 39-1 – after just several hours of “conference.” But the bill will not be published in final form for lawmakers and parents to read until November 30 – just two days before it is voted on in the House on December 2. As Indiana parent Indiana parent Erin Tuttle says, “House members will be forced to vote on a bill they haven’t read. The American people expected a new style of leadership under Speaker Ryan, not more of the same.” 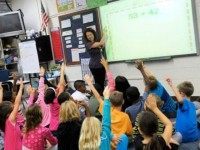 Congress Begins Conference on No Child Left Behind Rewrite

On Wednesday, a congressional conference committee kicked off the effort to reauthorize No Child Left Behind (NCLB)—the latest version of the Elementary and Secondary Education Act (ESEA)—amid the concerns of many conservative parents, who would prefer to see education taken out of the hands of the federal government and back into those of the individual states and local school districts. 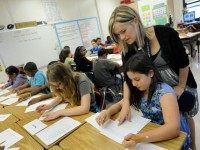 A national coalition of parents is releasing a letter to House and Senate education committee leaders urging them to suspend their talks on the reauthorization of the No Child Left Behind (NCLB) federal law until a new administration is elected. 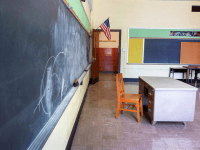 School is in session for the Republican 2016 primary candidates, and their report card grades on how they live up to the principles of the Constitution when it comes to their views on education policy and the Common Core initiative 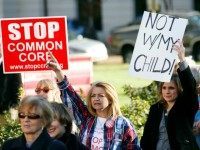 The annual Education Next poll on school reform has been released, and the results are not good for the Common Core initiative, which seems to abide by the philosophy that the more Americans know about it, the more they do not like it. 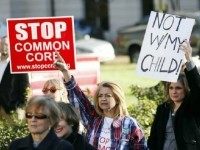 The Senate passed its version of the reauthorization of the No Child Left Behind (NCLB) law Thursday by a vote of 81-17. The approval of the Every Child Achieves Act now sends the measure to a conference with the House’s bill, which passed that chamber last week. 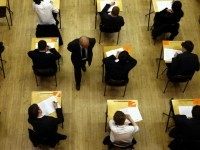 On June 14, Senator Tim Scott (R-SC) gave an impassioned speech about the need for school choice during the Senate debate on the reauthorization of No Child Left Behind. 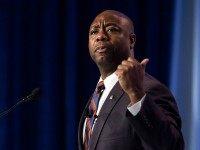 Senator Lamar Alexander falsely claims his No Child Left Behind Reauthorization bill, labeled the Every Child Achieves Act (ECAA), will rein in the federal government. Like its House counterpart, ECAA has superficial “prohibitions” on what the U.S. Secretary of Education may do. Those prohibitions merely replicate existing prohibitions and, in any event, lack any kind of enforcement mechanism for the states.