Thought of the Day: ‘Mrs. Clinton and Mr. Trump’

The Seven Social Sins, as given in a sermon by Frederick Lewis Donaldson at Westminster Abbey, London, March 20, 1925 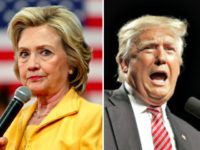 Should STEM Be Our First Priority?

The short answer is ‘no.’ At least, that is my opinion. We all agree that STEM courses (science, technology, engineering and mathematics) are vital to the world we live in. But today’s emphasis on those four disciplines presumes knowledge about the future that is impossible to know. 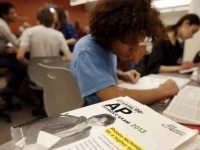 Thought of the Day: The Fed – Caught in a Catch-22

On December 17, 2008, in response to the financial crisis, the FOMC (Federal Open Market Committee) lowered the Fed Funds rate to essentially zero. (The rate, which had been coming down for more than a year, had been 2% in September.) When Fed Funds were set at zero, the financial crisis, which had reached its perihelion in late September-early October, was already on the mend. The recession, which had begun in December 2007, was two-thirds past. Nevertheless, Fed Funds have been kept at this unprecedentedly low level for almost seven years. The Federal Reserve has become entrapped in its own snare, with no clear exit. 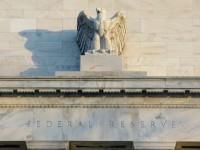 Williams: Trump Is a Demagogue

First off, I have been wrong about Donald Trump. A few months ago, I thought that by now he would be gone. In terms of political ambitions, I have thought him a clown – not stupid, but neither funny nor nice. Now I fear he is a demagogue. 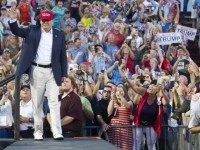 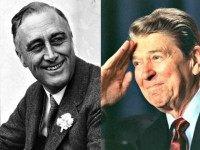 Thought of the Day: The Pope v. Capitalism

By all accounts, the Pope is a man who cares deeply for the world’s poor. But he is less sound when it comes to matters of history and economics. 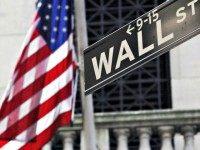 When asked how he planned to finance his retirement, a wag once responded he would rely on three sources – Social Security, law suits and the lottery. His answer was an expression of hope over experience. While it was bittersweet, his answer also reflected a cultural shift – a growing dependency and a belief that riches can come with no effort. 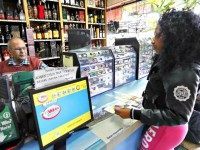 Nero, allegedly, fiddled while Rome burned. Today we have a Commander in Chief who seems equally unhinged from reality. In a world fraught with Islamic terrorists and muscle-flexing autocratic nations, the enemy on which he is focused is climate change. 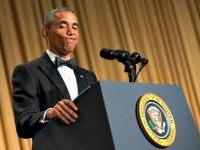 Thought of the Day: Ebola a Pandemic?

In the spring of 1918, the influenza that would become pandemic was first detected. It was initially known as “three-day-fever.” Its effects were such that it caused few deaths. Nobody paid it much heed.  That fall, however, it reappeared in

Thought of the Day: Islamic Brutality, We Have Seen this Picture Before

The only difference between acts of barbarianism shown by Islamic extremists today and those exhibited by German and Japanese soldiers seventy-five years ago is that today we see them in real time. What the Germans did to the Jews in

Thought of the Day: Carry Me Back to Old Virginia

The claim by David Brat, an economics professor at Virginia’s Randolph-Macon College, that his victory in last Tuesday’s primary was because God intervened on his behalf, is obviously spurious. He won because 36,000 of the 65,000 people (13% of the

Thousands of graduation speeches have been held or will be held during ceremonies at the nation’s 7,000 colleges and universities this spring. Some of those speeches delivered were inspiring, most were repetitions of trite sentiments, and a few were simply

How to Get Rich in America

Historically, there were two ways to get rich: hard work and inheritance, apart from hitting the jackpot or robbing a bank of course. Now, in a world of ethically challenged public servants, there is another way – public service. Inheritance,

The Intolerance of Brandeis

Intolerance of tolerance is certainly no virtue. But bowing to pressure from the intolerant is cowardly. That is what Brandeis President Frederick Lawrence displayed when he revoked the honorary degree the university had planned to bestow on Ayaan Hirsi Ali

Hornswoggle is a word I have always liked. It is a verb meaning to bamboozle or to dupe. While its origin is considered “unknown,” the word is generally thought to be native to America. The word is said to date

George W. Bush in Retirement: A Man of Character

Mothers are revealing. Most people my age lived in households where the father worked and mothers raised the children. Fathers were seen during evenings and on weekends, sometimes to punish their offspring for misdeeds performed during the day. Children were

Thought of the Day: Lessons from Caracas

Three people died in riots in Caracas last Thursday. Venezuelan President Nicolás Maduro predictably blamed the deaths on “neofascists financed by the United States.” Nothing was said about empty shelves in stores, food shortages, or an inability to buy a

Thought of the Day: Politics in the Age of Twitter

Having just finished Willa Cather’s evocative novel Death Comes to the Archbishop, I have been thinking of how much the world has changed, not just in the past ten years, but over the past two hundred years, since the start

Thought of the Day: Who Is the Moderate?

In a vivid example of the pot calling the kettle black, California Democrat Henry Waxman said he would resign at the end of this year because of the “extremism of the Tea Party Republicans.” There are few in Congress whose

Thought of the Day: Who Is the Extremist, Andrew Cuomo?

We live in a in a pluralistic country. New York State, with a population of about 19.6 million people, encompasses people from across the political, economic, social, and religious spectrums.  Governor Cuomo acted like an elitist and nativist when he

Inequality: The Siren Call of Progressives

As Americans, we are all equal, yet unequal. Most world leaders preach equality but practice inequality. Exhibit number one is our president. Everybody realizes the presidency is taxing and the job demands periods of relaxation. Even so, the office is

Thought of the Day: Political Correctness at Christmas

While I am not a particularly religious person, I do know that Christmas is first and foremost a religious holiday. Next to Easter, it is the most important holiday on the Christian calendar – marking, as it does, the birth

Thought of the Day: Purge in Pyongyang

Kim Jong-un’s killing of his uncle is a big deal. It is not as though Jang Song-thaek was one of the “White Hats” of North Korea. (There are none that we know of.) He was a notorious thug, a brother-in-law

The Volker Rule: It's No Panacea

As America was entering World War I, Joe Young and Sam Lewis wrote a song that became a huge hit at the time: “How ‘Ya Gonna Keep ‘Em Down on the Farm (After They’ve Seen Paree).” Something similar happened in

Budget Accord: Necessary Perhaps, But No Applause

“Politics is the art of the possible,” so said Otto von Bismarck. He should know. He helped unify Germany, which had been a collection of states, into a single German empire in 1871. He served as Germany’s first chancellor, and

The Month that Was: November

Thought of the Day: Whistleblowers and Extortion

There is nothing wrong with “blowing the whistle” on someone doing something corrupt or unethical. In fact, it is our moral obligation to be the “rat” in such instances. For example, whistleblowers regarding the cover-up on Benghazi and the harassing

The American Experiment: A Lesson for Today

Life is an experiment. We begin as infants. Everything that comes later is untried, at least in our own experience, thus everything we face is new – every time we pick up the phone or cross a street. Almost exactly

Thought of the Day: CEO Pay and Social Responsibility

“The Social Responsibility of Business is to Increase Profits”; that was the title of an opinion piece in the New York Times in September 1970 written by Milton Friedman… and sounding like Calvin Coolidge.  It was received by some with

Paul Ryan Is Back

Paul Ryan’s call for fiscal sanity in early 2010 with his “Roadmap for America’s Future” was a rare voice of reason that periodically emanates from the asylum that masquerades as Congress. That he did so when he was barely 40