The Mexican government confirmed the discovery of more than 3,600 mass graves since 2006. The report also highlighted more than 60,000 remain missing in the time frame. The mass graves are largely tied to cartel turf wars, however, the actual numbers are likely much higher.

In their report released this week, Mexico’s National Commission for the Search of Persons revealed that since December 1, 2018, through the end of 2019, they have found 1,124 bodies in 873 mass graves. Out of those bodies, they have been able to identify 395 and return 243 to loved ones. 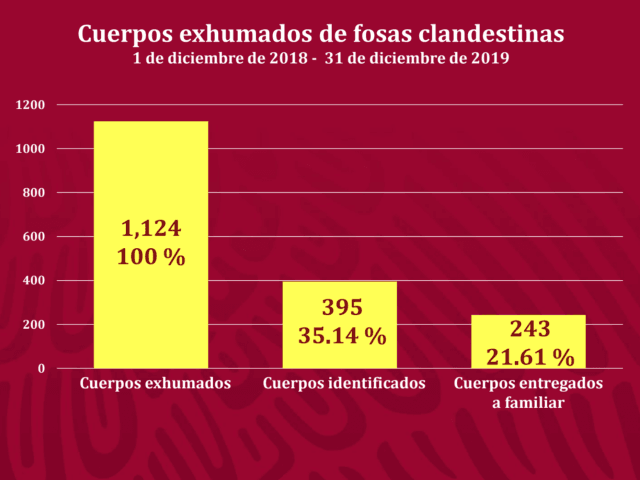 The statistics point to a total of 9,164 individuals being reported missing with 3,638 recovered alive. The report does not use the word “kidnapping” in reference to the missing.

In the historical context, the border state of Tamaulipas has the highest number of mass graves with 440 discovered since 2006. Veracruz follows with 432. 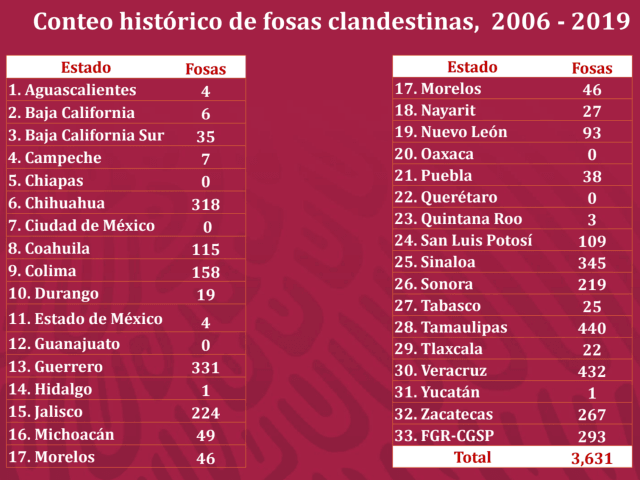 The commission was created at the beginning of President Andres Manuel Lopez Obrador’s term in December 2018 to address the growing number of missing persons. Various cartels such as Los Zetas, Gulf, and others routinely incinerate or bury their victims en mass to avoid drawing attention. Without a body, the chances for an official investigation and prosecution are largely diminished.