Authorities in the coastal state of Veracruz are silent about 12 bound and mutilated bodies dumped in a rural community.

Photographs taken near Las Choapas and shared on social media show in gruesome detail how 12 victims were bound, tortured, and dumped on a dirt road. 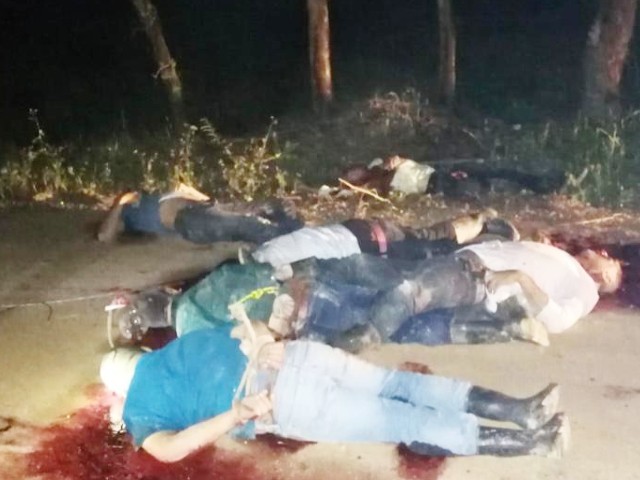 According to La Silla Rota, some of the victims were identified as kin to each other. One was a municipal official from a nearby town. Another, identified as Teodulo “G,” is described as a local town leader.

The gruesome murders sparked a large buildup of police and military in the area as officials expect more violence in the coming days. 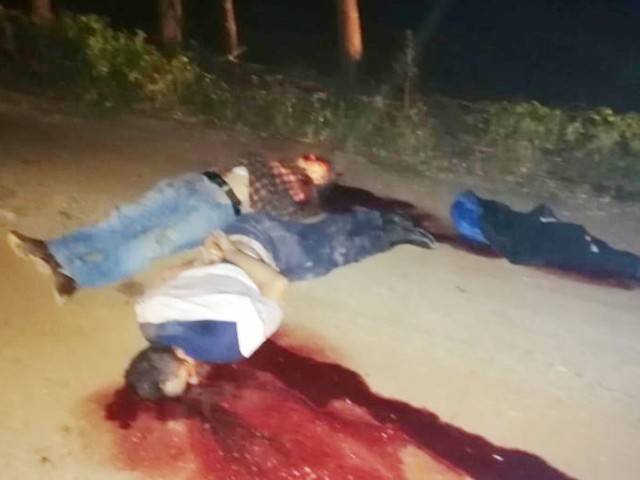 Veracruz continues to be one of the most violent states in Mexico where factions of Los Zetas, the Gulf Cartel, and Cartel Jalisco Nueva Generacion (CJNG) fight for control of lucrative drug trafficking routes to Texas.