Human smugglers stole a passenger bus in Central Mexico to move a large group of migrants toward Texas.

The case took place this week in the state of Tlaxcala, not far from Mexico City, where authorities stopped a stolen bus and found 57 migrants from Brazil, Haiti, Chile, and Honduras. According to information released by Mexico’s National Guard, 16 of the migrants were underage. 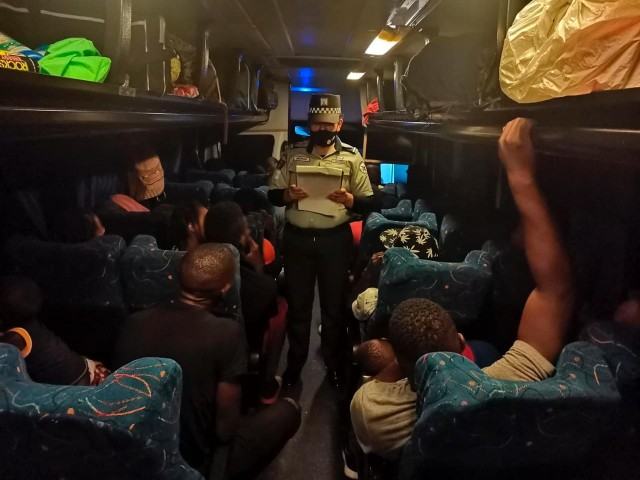 Federal authorities found the bus on the highway that connects Mexico City with the state of Hidalgo. They questioned the driver and passengers who claimed to be headed to Monterrey, Nuevo Leon, with the ultimate goal of crossing the U.S. border. The migrants claimed they paid smuggling fees to an undisclosed organization.

Authorities arrested the driver and turned him over to Mexico’s Attorney General’s office. The National Guardsmen transferred the underage migrants and the family units to the National System for Integral Family Development (DIF). Mexican immigration authorities took custody of the rest.