A sail-powered training vessel for the Ecuadoran Navy intercepted a narco-submarine and arrested four crewmen. Authorities did not disclose if the vessel was carrying drugs at the time.

The operation took place last week, when the Guayas was sailing in international waters, a military statement revealed. The ship was carrying out training exercises when authorities spotted the sub.

Powered by three outboard motors, the sub (also known as an LPV or Low Profile Vessel) was moving along international waters off the coast of Colombia when authorities intercepted. Ecuadoran military forces arrested four crewmen identified as three Ecuadoran nationals and one Colombian. 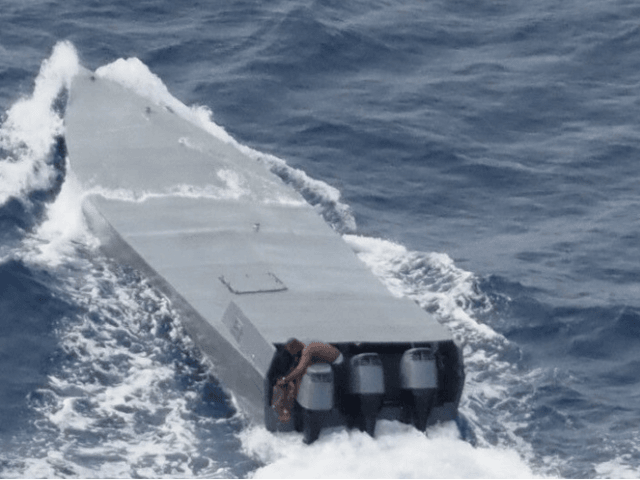 Narco-subs have long been used by South American drug lords looking to move large quantities of cocaine to Mexico.