The federal government’s debt will rise to twice the size of the economy by 2051, the Congressional Budget Office said on Thursday.

The CBO said that by the end of 2021, federal debt held by the public is projected to equal 102 percent of GDP. That is before taking into account the $1.9 trillion covid spending bill currently being considered by the Senate.

From the CBO’s report:

Debt that is high and rising as a percentage of GDP boosts federal and private borrowing costs, slows the growth of economic output, and increases interest payments abroad. A growing debt burden could increase the risk of a fiscal crisis and higher inflation as well as undermine confidence in the U.S. dollar, making it more costly to finance public and private activity in international markets.

In the CBO’s estimate, budget deficits will fall as the pandemic’s effects wane but will remain high. They will then begin to rise again in the second half of the decade. 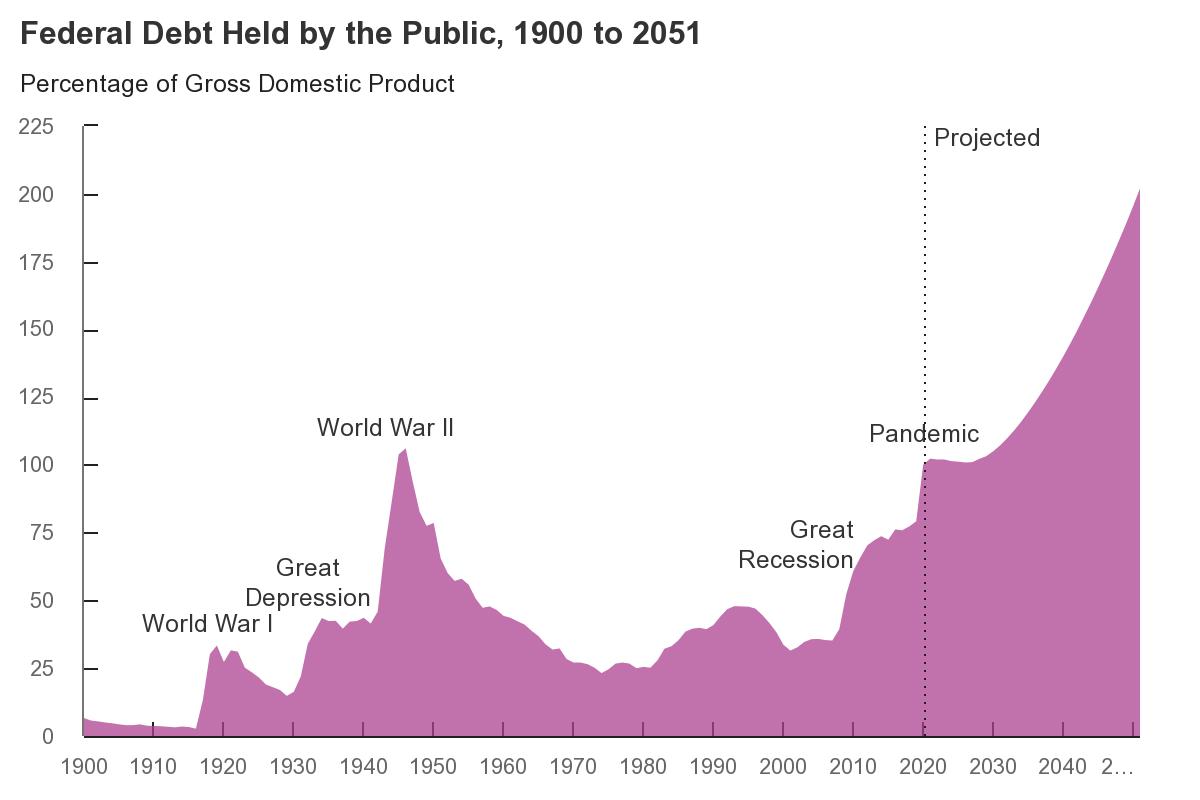