Early on in the new film “The American,” a priest turns to the lead character Jack and says, “You’re an American. You think you can escape history?” Even though he barely knows the stranger in front of him, the priest can see that the visiting American is trying to leave his past behind him. As “The American,” Oscar-winner George Clooney takes center stage in this well-done character study of an assassin trying to complete his last job. 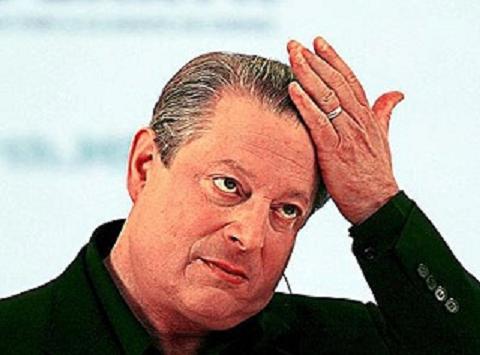 Near the beginning of the film, we see Jack with a female companion in a cabin. On a walk, the couple is attacked by a lone shooter. Jack’s companion is shocked to discover that he is carrying a weapon. This woman may be in a relationship with Jack but she doesn’t know who Jack really is or what he is capable of. Neither does the audience.

Shortly thereafter, Jack is sent on a mission in a small Italian village. He moves into the area and is tasked with building a gun for a female customer. That customer knows exactly what she is looking for in and asks Jack to meet her specific requirements. While in the village, Jack befriends a kind-hearted priest and a caring prostitute named Clara. Even as he spends much of his time looking over his shoulder for assassins targeting him, Jack forms relationships with both of these kind individuals.

Even when they first meet, the priest seems to know that Jack is not the straight-laced photographer that he pretends to be. Seeing through the empty façade, the priest tries to steer Jack in a better direction in life, a direction that does not require as much secrecy. But Jack is committed to his job. Clara and the priest do not know what Jack does but they both know that he isn’t being completely honest with them.

Ultimately, “The American” is a character study. Much of the film’s plot is ambiguous and the dialogue is often sparse. In many scenes, people only say the words that they need to say to move the story forward. Nothing else. There is a knowing restraint in the way they speak to each other.

Jack himself is a man of restraint. He is methodical and meticulous in the way he is able to construct weapons and the way he exercises. He is a man with a sense of purpose but not a sense of pride. He is also a hunted man and he knows it. His paranoia is palpable when he walks down the street.

In a lesser actor’s hands, this movie could have easily fallen apart. However, George Clooney really does a fine job. “The America” is all about Clooney’s character and Clooney is able to convey his emotions in subtle but distinctive ways. For the best example of this, watch Clooney’s facial expressions during the end of the film. Even without saying a word, his face tells the audience what is happening.

In the past, Clooney has made several films about cocky and complacent characters. In this film, he is neither. He has the skills of a well-trained assassin but he can’t tell anyone about those skills. All he can do is complete the jobs that are assigned to him. Clooney’s controlled performance will likely be recognized during the awards season.

One of the most interesting and debatable elements of the film is how ambiguous the plot sometimes is. Much of the plot is not explained in detail and at the end of the film, the audience is left with a lot of questions. Even though some may not like how open to interpretation this film is, I really enjoyed its ambiguity. We, like Jack on his assignment, know as much as we need to know.

Overall, I really enjoyed “The American.” It is a slow-paced character study about a lonely assassin trying to complete his last assignment while being pursued. Even though “The American” may not be as exciting as other films about assassins, it is a really well-done movie strengthened by a strong lead performance.