Kim Kardashian West is undisputedly the queen of selfie photography.

The reality television star will pay tribute to her fans on May 5 with the release of her nine-year collection of selfies in a coffee table book, titled Selfish.

The photos range from bikini selfies, to lingerie selfies, and yes, even nude selfies.

There are said to be around 352 Kim K. selfies in the new book, which is already poised to break the best-seller lists, according to the New York Daily News.

While Kim Kardashian has been documenting her life through self portraits, others in the world have been working diligently behind the scenes to make the world a better place.

Another book, titled Unselfish: Love Thy Neighbor as Thy Seflie, will be released the same day as Kardashian’s book and will highlight many of those unsung heroes.

“I have nothing against Kim Kardashian, or anyone for that matter. However…both sides need to be told. There must be a cultural counterbalance,” author of the new book Paul Parkinson tells Breitbart News.

For example Jaspen Boothe, a disabled female veteran, cancer survivor and veteran advocate who established Final Salute, which among other things provides transitional housing for women veterans and their children.

Another story tells of former Hollywood executive (President of Twentieth Century Fox), Scott Neeson, who 10 years ago left it all and established the Cambodian Children’s Fund. He has saved thousands of children to date.

Each story in Unselfish is accompanied with beautiful photography, making the overall message that much more impactful.

“A popular song from the past century stated, ‘Let there be peace on earth, and let it begin with me’. The people you will read about in Unselfish understand this concept well. If everyone were to practice unselfishness in a similar fashion, we would have much greater peace on earth,” said Jose Ramos–Horta, 1996 Nobel Peace Prize winner and former President of the Democratic Republic of Timor–Leste.

Parkinson hopes to reignite people’s faith in humanity as well as inspire others to love thy neighbor.

“God only knows we need more acts of kindness and unselfishness, particularly from those who are in the limelight and can do so much good,” he said.

“Unselfish contains stories of both celebrities and non-celebrities alike. I think the real message is that we can all do something,” Parkinson concluded. 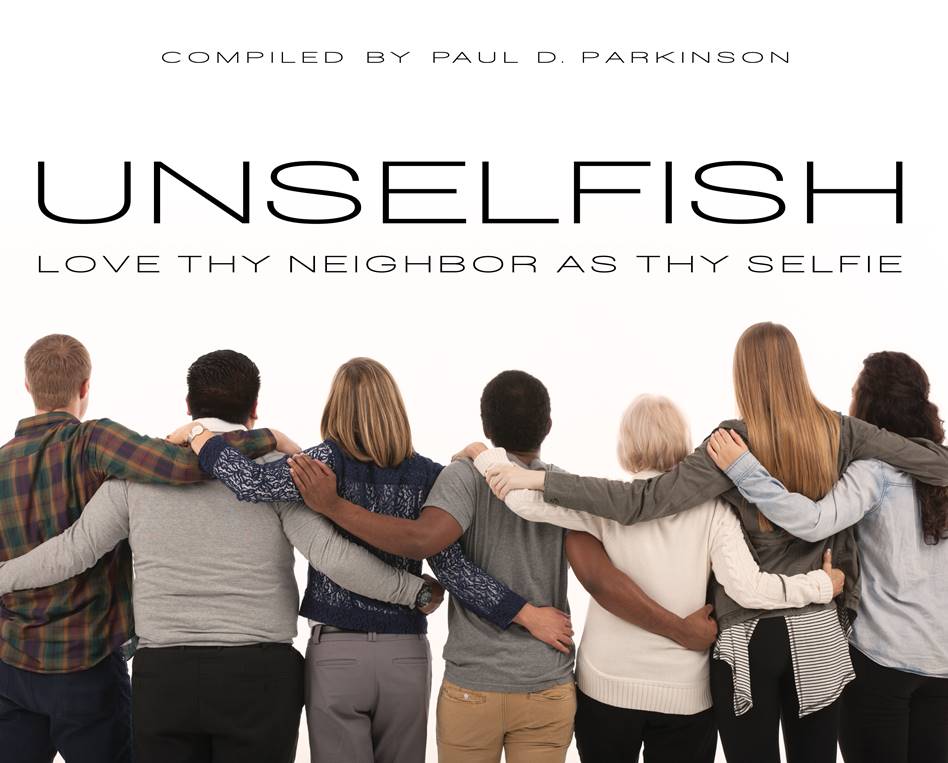