Lizzo performed her smash hit “Truth Hurts” — which Vogue has described as her “feminist anthem” — at the award show Monday night in front of an unmissable inflatable butt:

Democratic presidential hopefuls Harris and Gillibrand tweeted the video and heaped praise on Lizzo for the “powerful” performance. 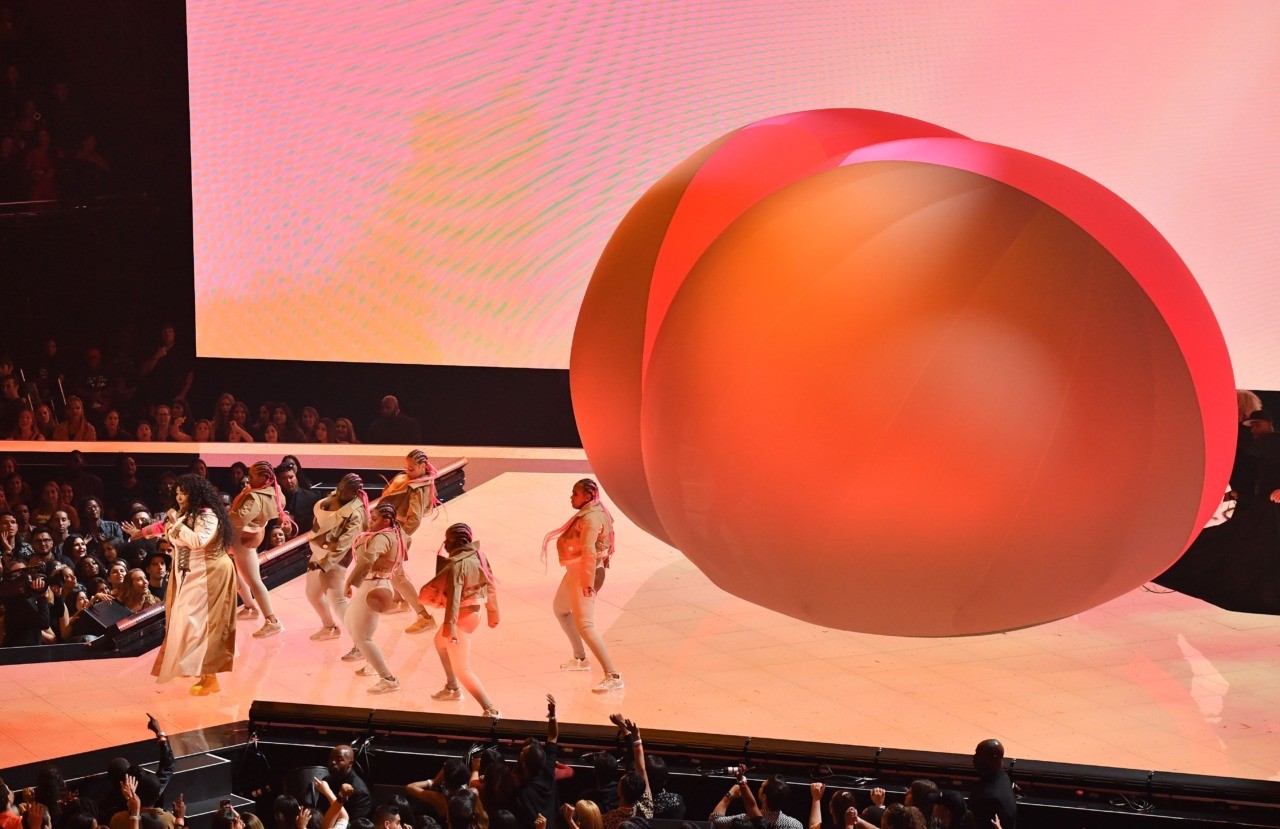 “Colorful. Vibrant. Joyful. Unapologetic. Powerful. How could you not love @lizzo?” Harris wrote.

Colorful. Vibrant. Joyful. Unapologetic. Powerful. How could you not love @lizzo? pic.twitter.com/bPLZB3BZ1O

“Crushed it, @lizzo! That #VMAs performance was good as hell,” Gillibrand wrote, making a reference to another one of Lizzo’s hits, which the New York senator has used as a walkout song in the past.

Crushed it, @lizzo! That #VMAs performance was good as hell 👑 pic.twitter.com/aHpOrvL3hd

Kamala Harris is by far the most hip-hop-minded of the candidates.

Beto O’Rourke’s playlist, which his staff noted he curated himself, reflects his long history with rock.

At her first event, Kirsten Gillibrand walked up to Lizzo’s “Good as Hell.” https://t.co/Ekqxry8dcU

While the artist, whose real name is Melissa Viviane Jefferson, has been in the industry for years, she recently rose to the spotlight thanks to her hit song “Juice,” which landed on Barack and Michelle Obama’s summer playlist.

With summer winding down, here’s a sampling of what Michelle and I have been listening to — some new, some old, some fast, some slow. Hope you enjoy. pic.twitter.com/BS5ri1lvxz

“I TWEETED THIS AT 10:26AM AND ONE HOUR LATER PRESIDENT @BarackObama TWEETED ABOUT ME!!!” the singer tweeted following the news. “WE’RE FRIENDS NOW I DONT MAKE THE RULES!!!”

I TWEETED THIS AT 10:26AM AND ONE HOUR LATER PRESIDENT @BarackObama TWEETED ABOUT ME!!!

Those are not the only high-profile Democrats to remark on the R&B sensation. Failed presidential candidate Hillary Clinton responded to one of Lizzo’s tweets last week, cheekily quoting the lyrics from “Truth Hurts” in response to a video featuring Clinton surrounded by men on a debate stage.

The full line, which Clinton cut short, goes “I just took a DNA test, turns out I’m 100% that bitch.”