Actor Alec Baldwin told reporters Saturday he is “extremely interested” in limiting the use of firearms on movie sets in the wake of his fatal shooting while producing his latest film Rust.

The cinematographer, Halyna Hutchins, was shot in the chest, and 48-year-old director Joe Souza was also shot and wounded. 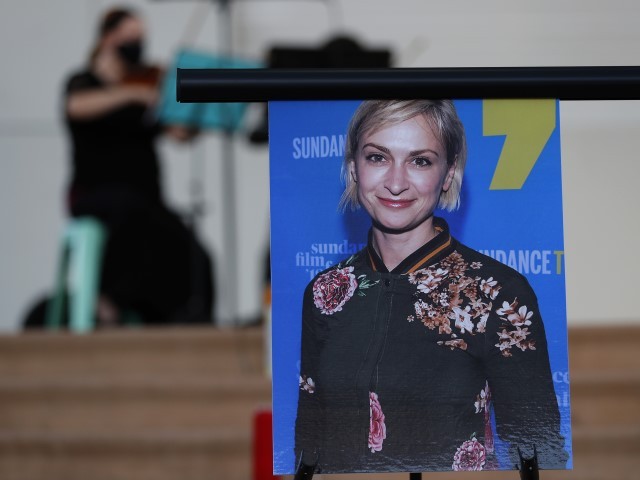 A musician plays a violin behind a photograph of cinematographer Halyna Hutchins during a vigil in her honor in Albuquerque, N.M., Saturday, Oct. 23, 2021. (AP Photo/Andres Leighton)

Baldwin spoke to reporters Saturday, responding to one question by saying he is “extremely interested” in limiting the use of firearms on movie sets.

He said, “I do know that an ongoing effort to limit the use of firearms on film sets is something I’m extremely interested in.”

Baldwin then asked reporters to remember how many guns have been fired on film sets during the past 75 years and stressed that those guns were fired “mostly without incident.”

However, he added, “We have to realize that when it does go wrong, and it’s this horrible catastrophic thing, some new measures have to take place.” He went on to suggest rubber guns or plastic guns as alternatives to functional guns that normally fire blanks. 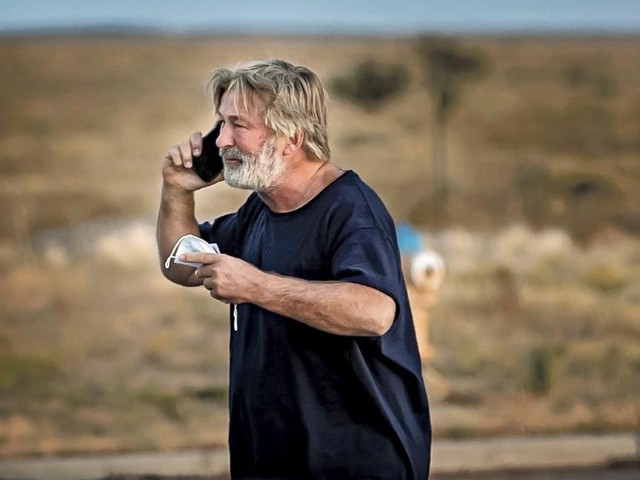 Alec Baldwin speaks on the phone in the parking lot outside the Santa Fe County Sheriff’s Office in Santa Fe, N.M., after he was questioned about a shooting on the set of the film “Rust.” (Jim Weber/Santa Fe New Mexican via AP)

The New York Post quoted Carpenter stressing that the No. 1 rule as, “Loaded or unloaded, a weapon never gets pointed at another human being.”

He stressed that rules of gun safety apply even on a movie set, where “you never let the muzzle of a weapon cover something you don’t intend to destroy.”