Christie’s — the famed auction house whose president also heads the parent company of Balenciaga — has sold works of art that sexualize children, including works by shock artists Jake and Dinos Chapman, who have depicted children with erect penises protruding from their faces.

The fashion house Balenciaga is currently under fire for running a marketing campaign that also sexualizes children. Photos from the campaign show toddlers posing with bondage-themed stuffed animals. Another features papers from a Supreme Court case on child pornography.

The marketing campaign has turned into a public relations nightmare for parent company Kering, which is headed by CEO François-Henri Pinault, the French billionaire and husband to Hollywood star Salma Hayek. Pinault is also the founder and president of Artemis Groupe, another French conglomerate that owns Christie’s. 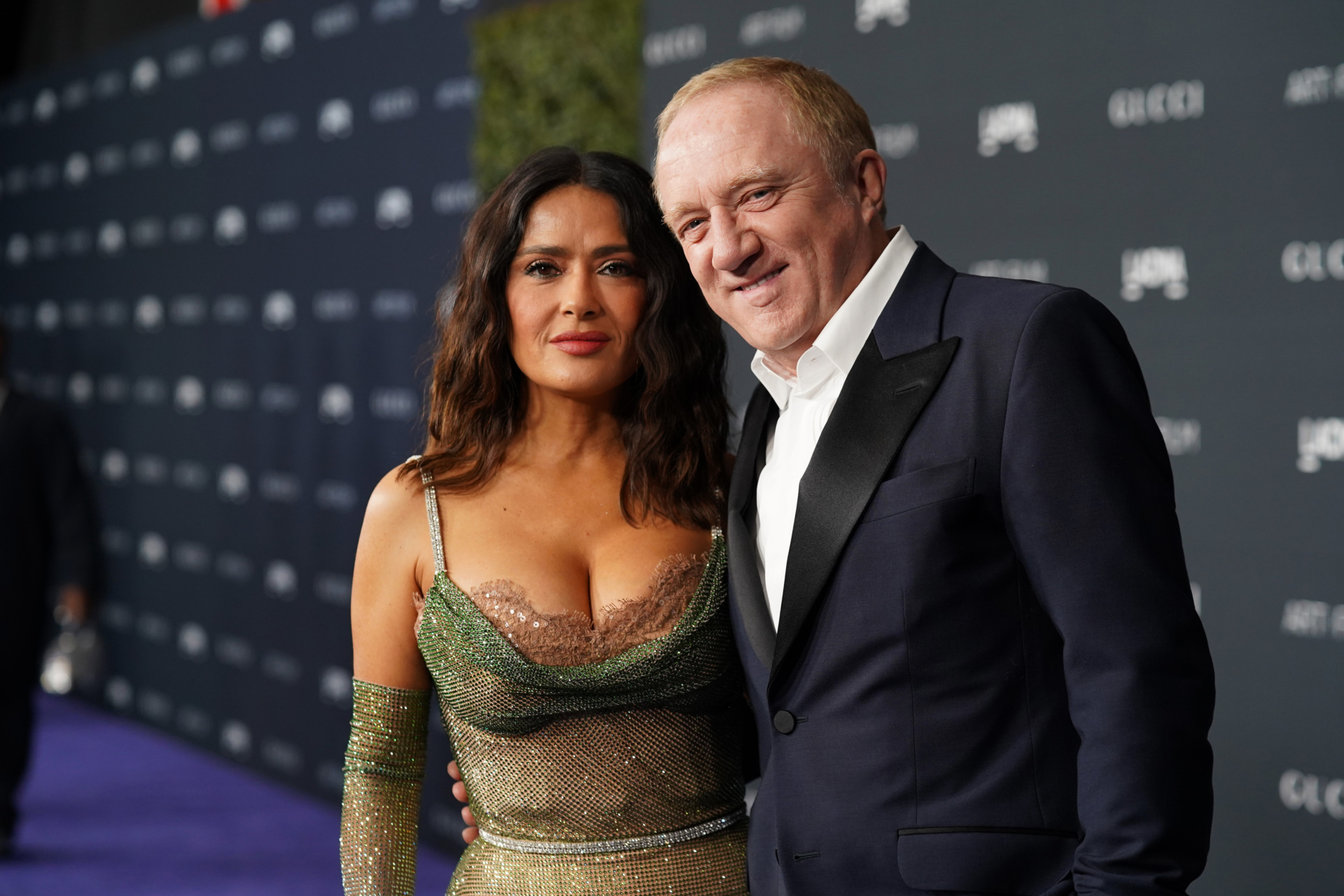 The auction house has sold several works by Jake and Dinos Chapman, the brothers whose niche is shock art. Among the works of art sold is a sculpture called “Fuck Face,” which depicts a male toddler with an erect penis for a nose and what appears to be a vagina for a mouth. 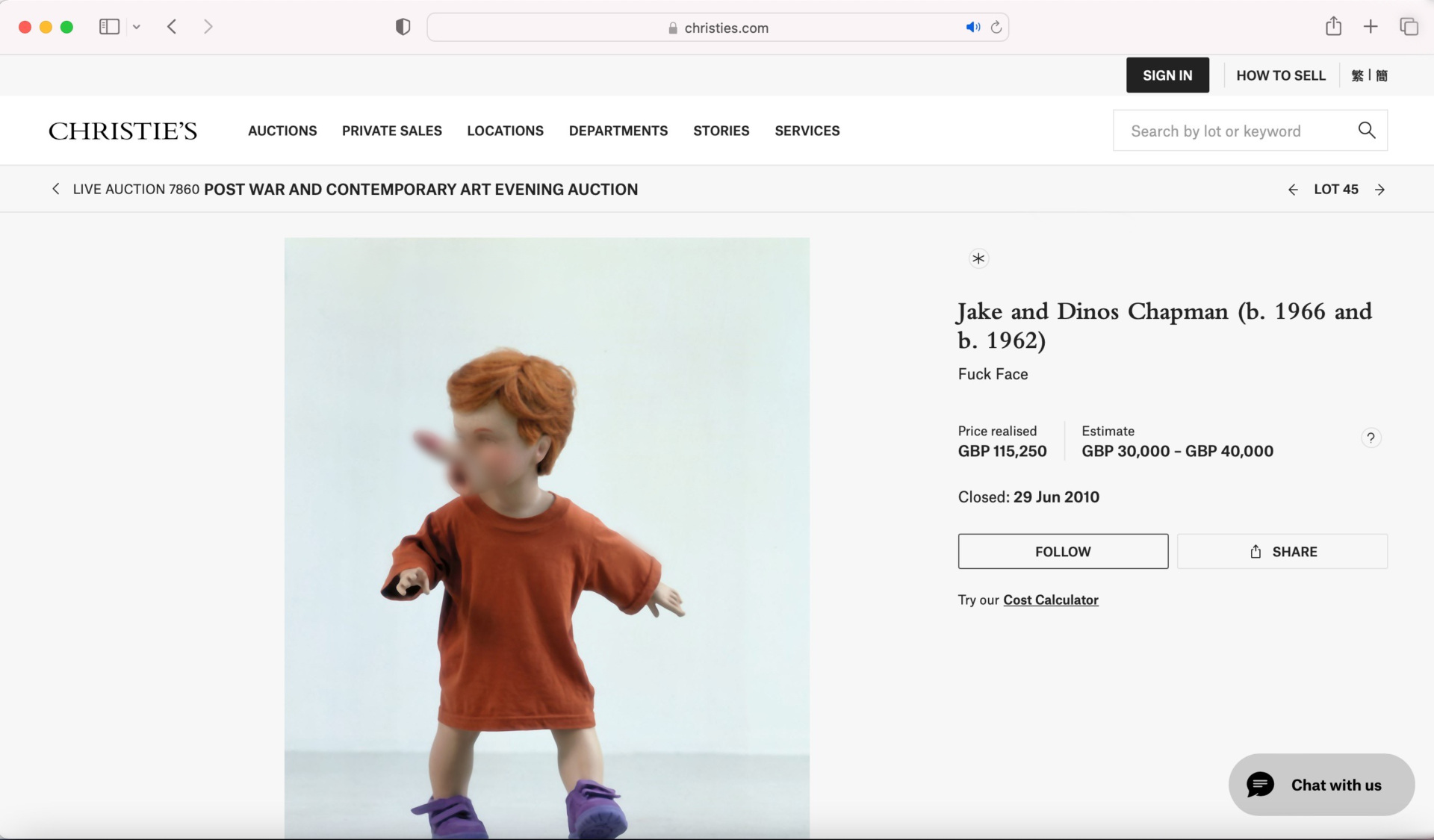 Another sculpture, titled “Zygotic Acceleration,” shows a group of naked pubescent girls, some of whom have erect penises for noses, arranged in bizarre, quasi-sexual positions. 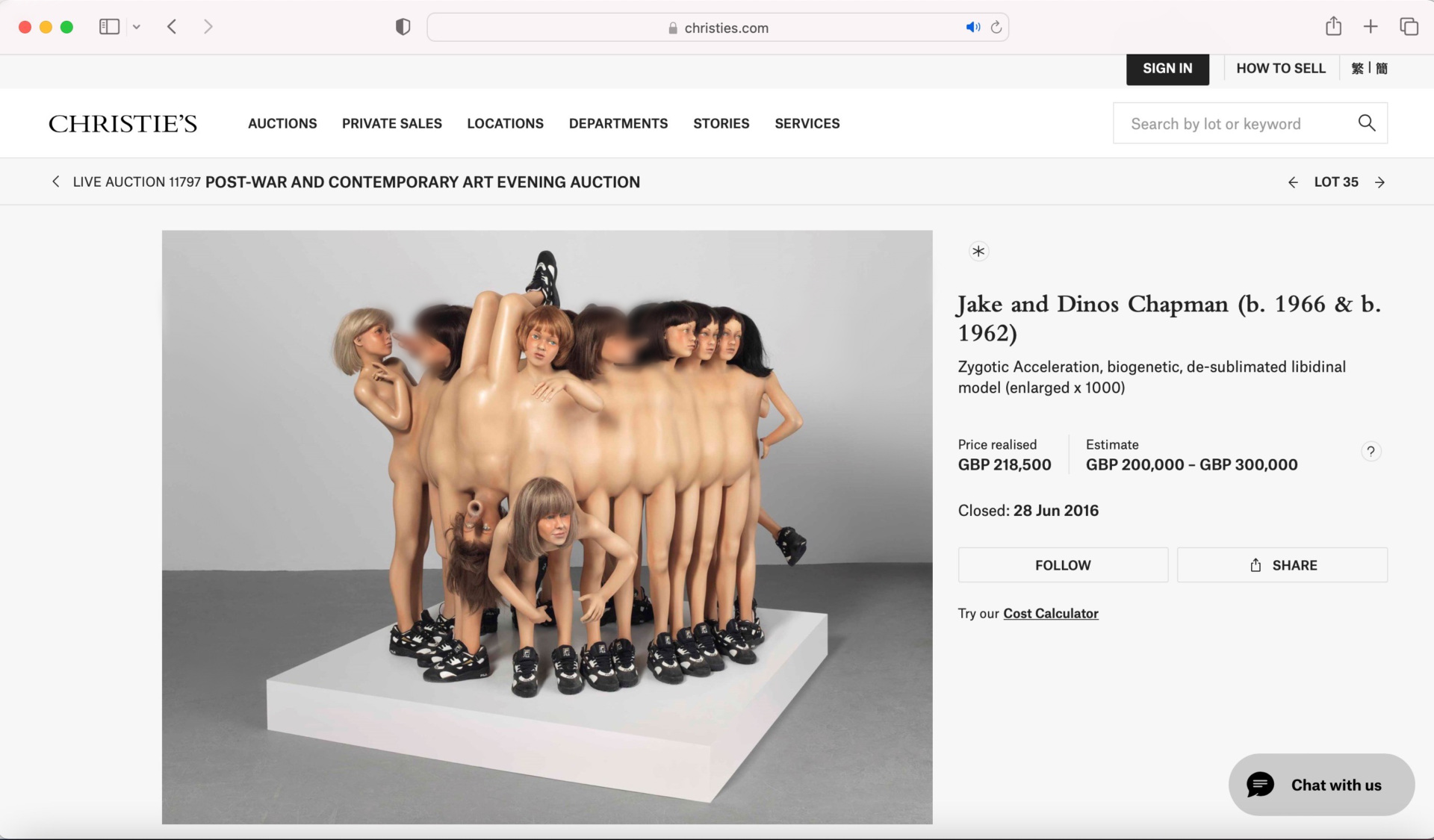 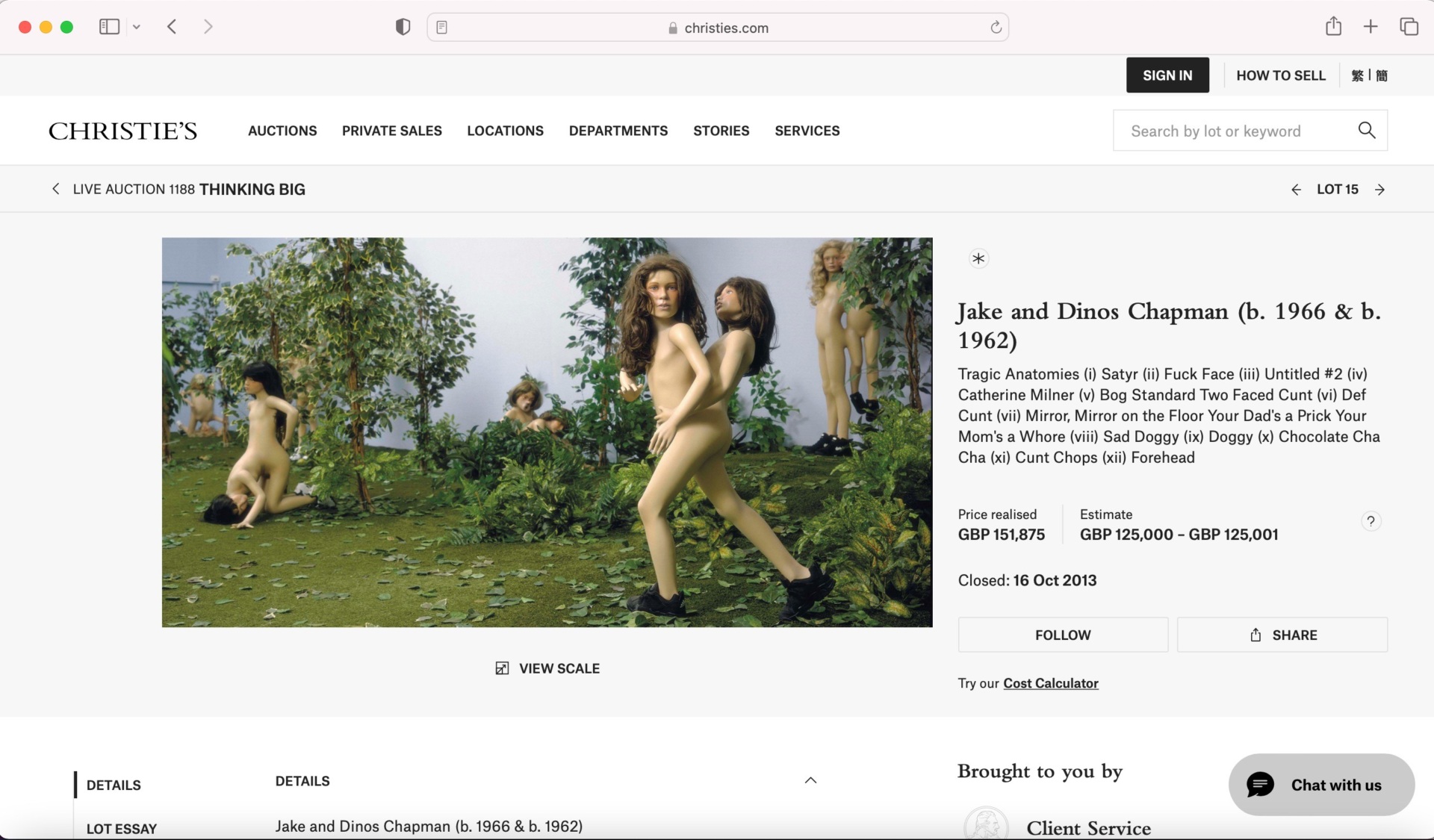 Both works were sold at Christie’s auctions, according to the company’s official site.

As Breitbart News reported, Balenciaga has filed a $25 million lawsuit against the advertisers who produced the pedophile-themed ad campaign. It remains unclear what the fashion brand will do with its artistic director, Demna Gvasalia, who is known for his outré and transgressive tastes.

Despite mounting public blowback against the brand, Hollywood celebrities who have been associated with Balenciaga continue to remain silent. Only Kim Kardashian has spoken publicly about the controversy.

“As a mother of four, I have been shaken by the disturbing images. The safety of children must be held with the highest regard and any attempts to normalize child abuse of any kind should have no place in our society — period,” she added.